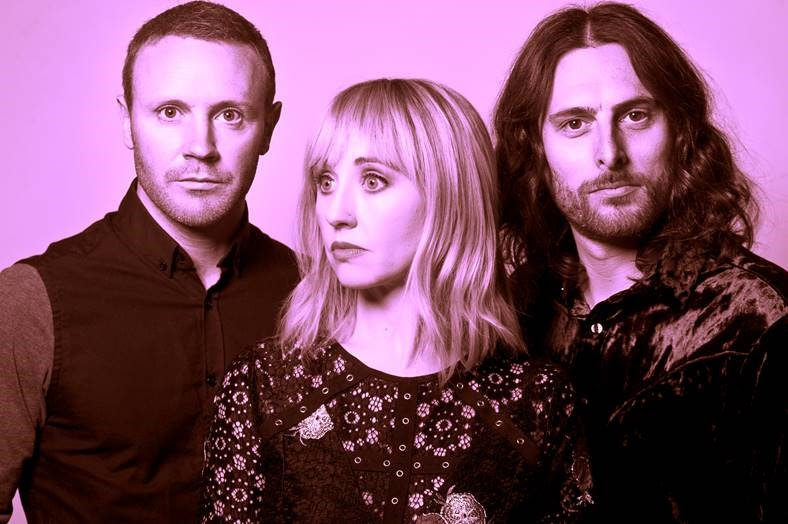 Earlier this summer, The Joy Formidable announced that they would be returning with yet another huge step forward, in the shape of new album AAARTH. The band is now unveiling a video for their latest single “The Wrong Side”.
Bassist and vocalist Rhydian Davies comments on the visuals; “This is our second collaboration with [Boston-based creative studio] TRLLM. We love their imagination and, like all our favourite artists, they’re not afraid to make it weird. They had the background to the song, how lyrically it’s pieced like a collage from memories and snippets of time, and they used that, along with the album artwork to create this experimental, multi-coloured dream sequence that we think captures the essence beautifully.”
AAARTH is released on September 28th via Hassle Records on CD, download and LP, as well as an extremely limited boxset, Indie retail exclusive vinyl, and Rough Trade exclusive vinyl, which will be supported by in-stores at Nottingham, Bristol and London East.

The Joy Formidable will take part in this year’s Record Store Day with a special 12” single release, “A Minute’s Silence.” The B-side of the … Read more

The Joy Formidable are excited to share their new music video for “Little Blimp” today. The video was shot over the last few weeks using … Read more