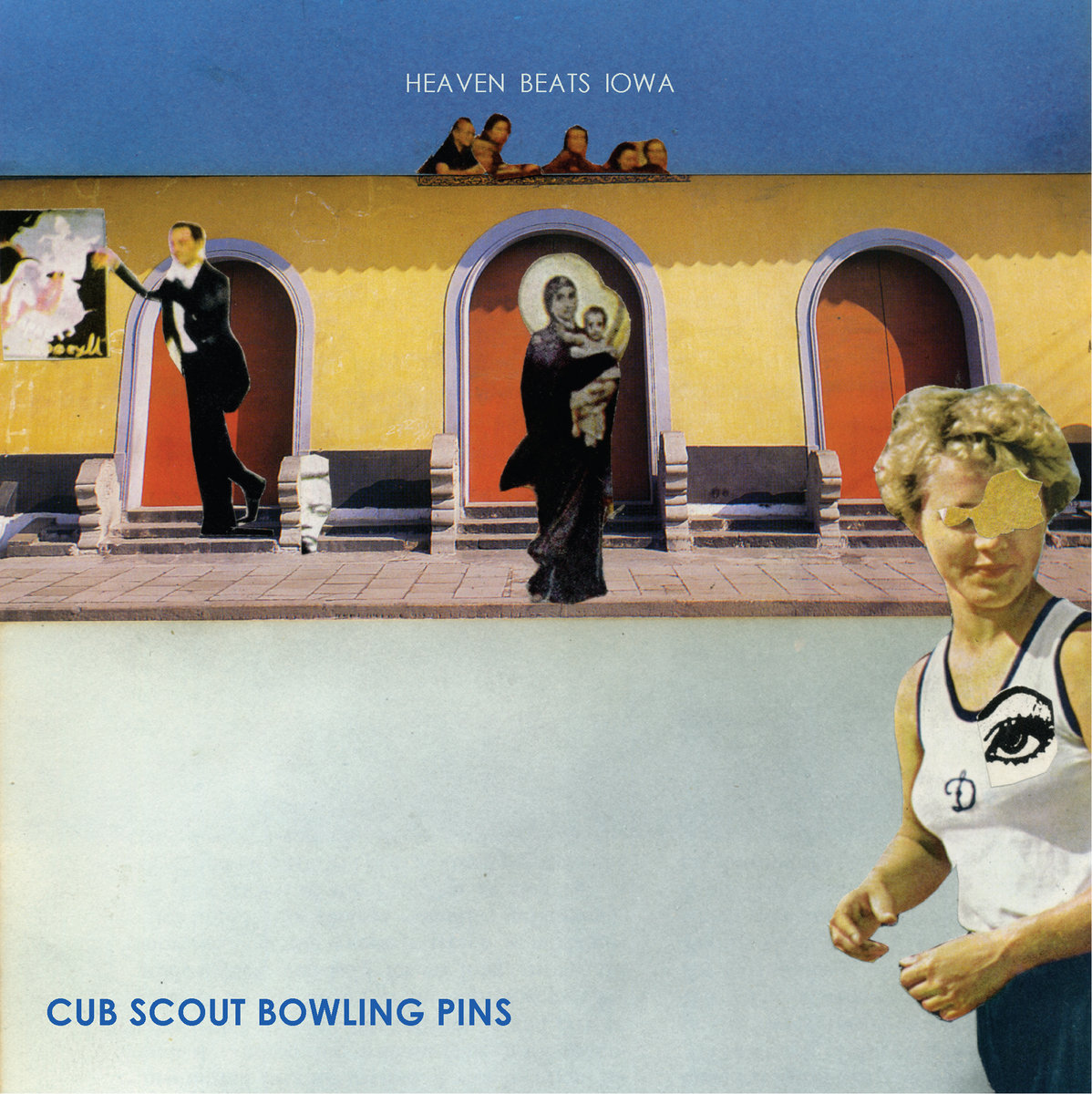 It didn’t take too long before Cub Scout Bowling Pins was revealed to be the current lineup of Guided By Voices. That news of course heightened the excitement behind the release of this EP, Heaven Beats Iowa. That elation is because if you have followed the storied history of GBV, then you already know that the band is responsible for some of the best recordings contained in the extended play format. Go find a copy of Static Airplane Jive (1993), Get Out Of My Stations (1994), Fast Japanese Spin Cycle (1994), Clown Prince Of The Menthol Trailer (1994) and Tigerbomb (1995) – then report back!

The magic that GBV captured in that era of burst recordings, that each rarely topped 13 minutes, was the one ingredient that not many groups could (or still can) find. Not just because Robert Pollard can crank out tunes but because those EPs all flow seamlessly and have stand out moments that make them memorable while executing in a very short timeframe. Those ingredients are here with Cub Scout Bowling Pins. The six songs on Heaven Beats Iowa have a total running time of 13 minutes and each track is just loaded full of lo-fi big rock power pop goodness.

The stirring of the classic GBV lo-fi with the top notch production from Travis Harrison is something the current lineup has been now offering on each album but Cub Scout Bowling Pins takes it to another level. These songs have a true grit that feature Pollard’s vocals just struggling to take over but the instrument power in the mix is what kicks each song into its real gear. Opening track, “Hobson’s Beef” lets the guitars have their own channel or on “Gear Balloon Mousestrap,” you get a foot stomper type of drumming that just hits the highs and lows with Pollard’s distorted vocals. Other fantastic highlights include the 1:16 “School School” with its explosions of noise and Pollard yelling in the background “Can’t do it” or the 60’s hand clapping closer of a title track which reigns supreme and brings it all home with its big chorus “Call your energy back, we’re under attack, Heaven Beats Iowa” that is impossible not to sing along with.

What makes Cub Scout Bowling Pins so engaging is that all of these tracks are short and immediate. They are unpolished but yet punchy while instantly leaving you wanting more. I think for years, GBV fans have quietly wanted to hear more of the nineties vibe and vision sneak back into the newer material with this killer group of musicians. Well, get ready for that taste of nostalgia because Heaven Beats Iowa may be one of the closest recordings to take you back as its balance of several decades is masterful!