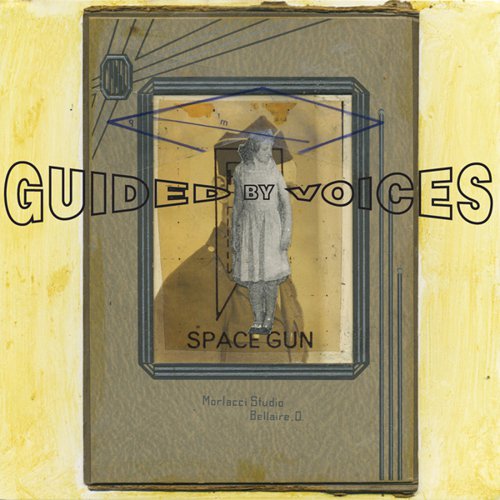 Fire Note Says: Robert Pollard and his band of merry men use every trick in the book and create a masterpiece.
Album Review: I have been a fan of Guided By Voices since I first heard Bee Thousand way back in 1994. It seemed timeless yet still of its time, perfect pop tunes recorded as imperfectly as humanly possible. It also seemed like the well would never dry up as album after album of greatness followed. After multiple lineup changes, solo albums and side projects many critics expressed concern about Pollard’s lack of self-editing. The general consensus has been that the hit/miss ratio has worsened over the years. Although I may not agree with that position (maybe a little) the idea that this will be the only Guided By Voices release this year is an exciting prospect. A focused, deliberate statement from the best songwriter of our generation is honestly this fan boy’s wet dream come true. But does Space Gun live up to the hype? (Just in case you missed the rating at the top of this review – it does.)
The three singles dropped prior to Space Gun’s release were very promising but the sheer depth of great tracks on this 15 song juggernaut is staggering. Those first impressions mirror the LP as a whole. You got the rocking title track (which kicks things off very nicely), “See My Field” which plays out like a psychedelic outtake from Earthquake Glue complete with faux electric sitar and mellotron, and the brilliant ballad “That’s Good” where Doug Gillard’s orchestration skills are used to mesmerizing effect. Totally distinct songs but fitting perfectly into the song sequencing here. If the awesomeness were to stop there we’d be looking at a good GbV record but the fact that all of these new songs are terrific and unique gives this release a slight edge over the last two Guided By Voices albums – both of which were outstanding. This one’s just better all the way around. Let’s examine “Liar’s Box” for more proof. What begins as a sludge-ridden mid-tempo Pollard stomper suddenly morphs into a gloriously gorgeous sing-along coda/chorus that will send shivers down the spine. Then there’s the Wire-inspired “Blink Blank”. Bassist Mark Shue even appropriates the perfect flanged bass effect to recall the post-punk masterpiece that was 154. And what to make of the multi-part mini-epic “Sport Component National?” Its twists and turns keep the listener guessing until the last minute where once again Pollard’s ability to write concise pop hooks is on full display. Make no mistake: there are no song fragments to be found, no filler. But what has resurfaced is Pollard’s razor sharp wit: “I Love Kangaroos” needs no further description while “Colonel Paper” recounts a drunken evening eating chicken and the hungover next morning going through a cigarette-strewn trash can looking for edible remains. And is “King Flute” about Jethro Tull’s Ian Anderson? I don’t know but it doesn’t really matter. Pollard has attached some very memorable lyrics to this batch of songs. But it’s not just the words that got more attention. The overall production level seems higher without being overly fussy. It’s warm yet still experimental – a difficult task to be sure. 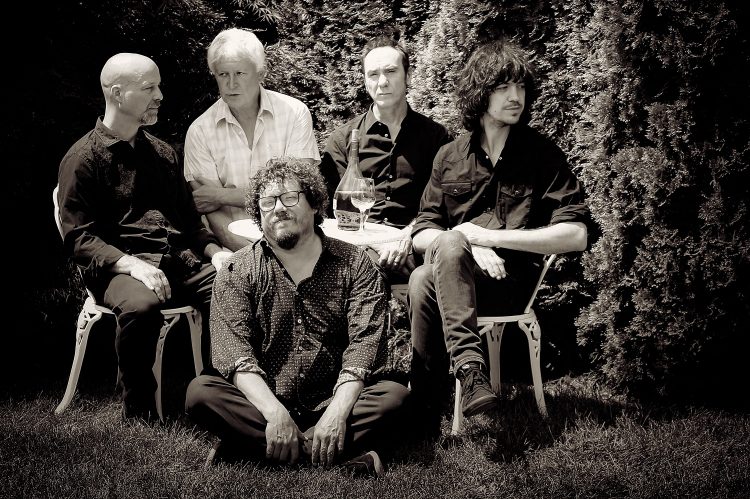 I feel the need to expand on “That’s Good.” It’s an old song; a demo version of it first appeared on Suitcase 3 (one of four 100 song box sets the band has foisted upon the faithful) but here it is given the kind of treatment that indicates that Pollard knew this one was special. Besides the obvious “Creep” chord progression similarities it might be the most complete pop song he’s ever written. Everything he wanted “Hold On Hope” to be. And when Bob sings “You could/Fall down/But that’s good” I feel the urge to wipe away invisible tears. Along with Gillard’s strings he also brings some of his best guitar licks to bear at strategic moments – much the way he did throughout the (wrongly) maligned Do The Collapse. Each song has momentum and suspense and frequently the element of surprise. In the end, all I’m left with is the following question: Is this the best Guided By Voices album since Under The Bushes Under The Stars way back in 1996? There have been some truly majestic Pollard records since his mid-90’s Golden Era but if you’ve struggled with GbV fatigue and stopped paying attention then this is your excuse to come back to the lake. The club is still open and the house band still rocks. Space Gun is your invitation.
Key Tracks: “That’s Good” / “Liar’s Box” / “I Love Kangaroos”
Artists With Similar Fire: Sebadoh / The Replacements / Pavement
Guided By Voices Website
Guided By Voices Facebook
Rockathon Records
– Reviewed by Scot Lade