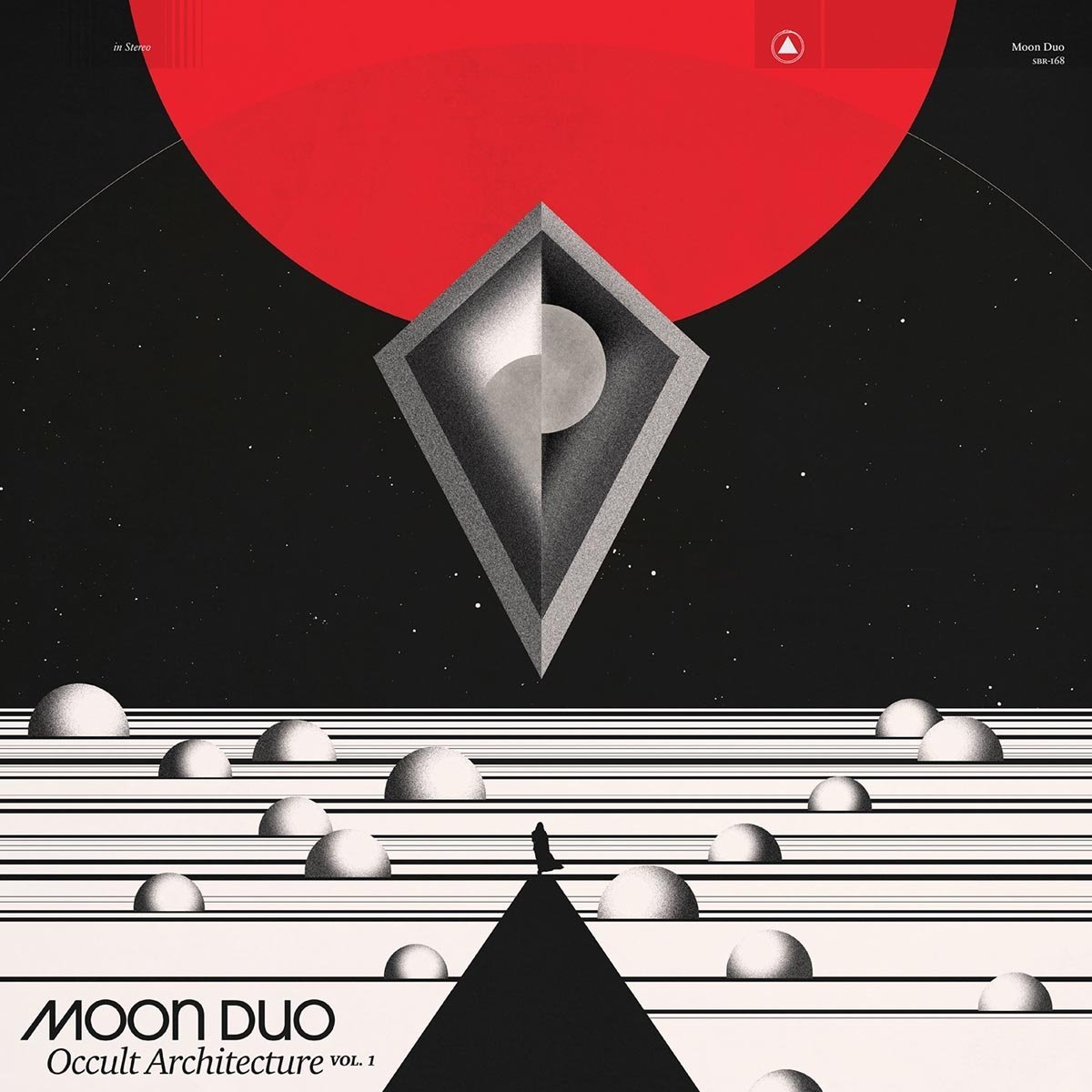 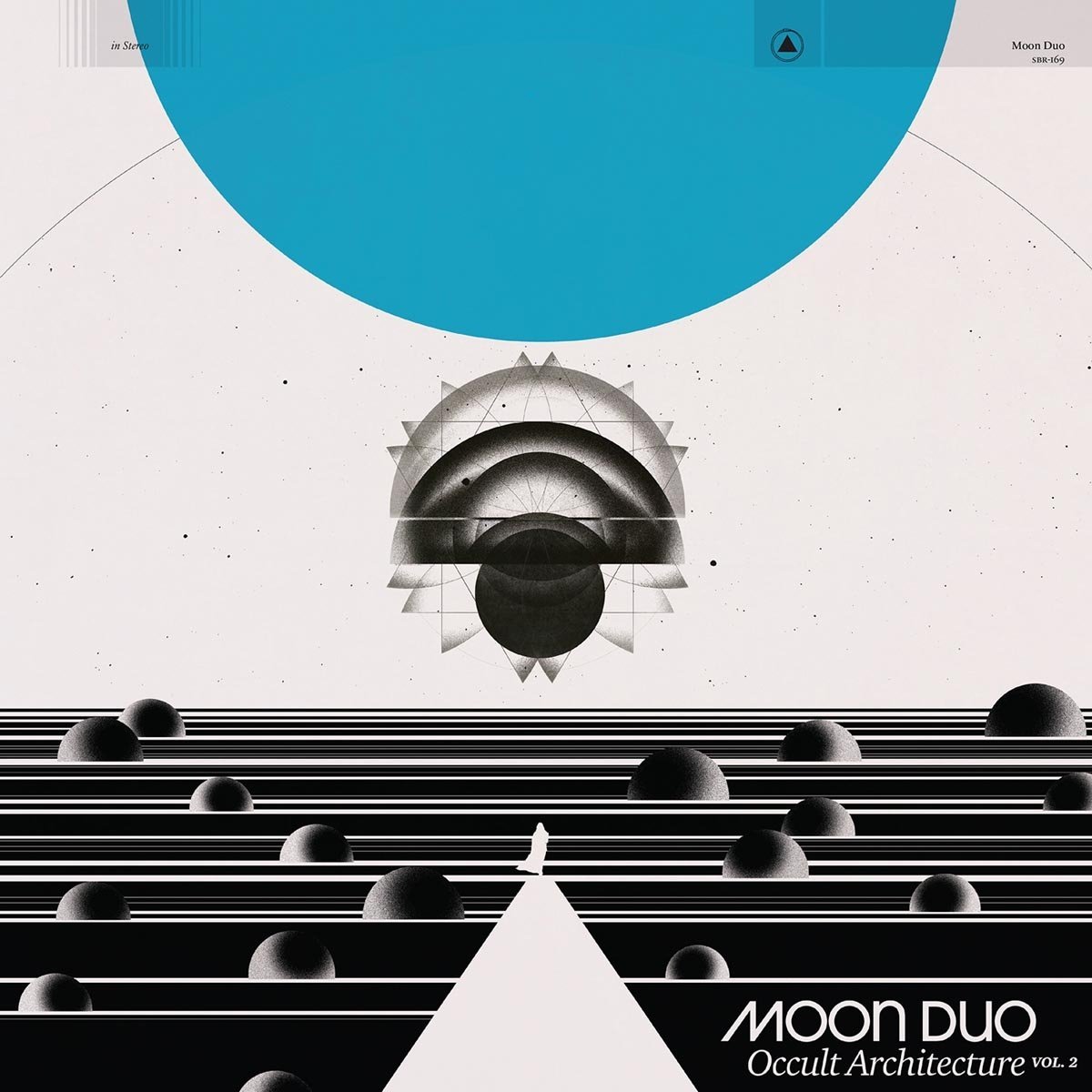 Who: Portland, Oregon’s Moon Duo return for their fourth album which was released in two separate volumes.
Sound: Moon Duo have a heavy psychedelic krautrock sound that is layered with clever flourishes of synth and rhythmic drumming.
TFN Final Take: Occult Architecture, Vol. 1 is my favorite Moon Duo release to date. Erik ‘Ripley’ Johnson (guitars, vocals) and Sanae Yamada (keyboards, vocals) have opened their heavy psychedelic sound up with some catchy, and (dare I say) danceable tracks. That does not mean that they compromised their heavy, repetitive and spooky sound, they are just expanding on some of the welcome sounds that I loved off Shadow of the Sun. Tracks like “Cold Fear”, “Cross-Town Fade” and “Will of the Devil” have a nice groove going for them.
When they aren’t hitting you with some danceable psych, bits of Occult Architecture, Vol. 1 sound like Moon Duo composed tracks for a 70’s or 80’s low budget science fiction film. “The Death Set” and the epic 10-minute closer, “White Rose’, could be end credit tracks for a pulp film that paid more money for a soundtrack and VHS cover box art than they did for special effects or a script. These bits of sci-fi cheesiness play nicely against heavy rhythms that permeate Moon Duo songs.
Vol 2, while not nearly as catchy or fun as Vol 1 is not without its merits. Vol 2 is a lot more mellow and trippy than Vol 1. “White Rose” is a quietly cool track that sounds like Fat Boy Slim discovered LSD. “Sevens” is textbook-Moon Duo steeped in a psychedelic groove. However, the rest of the album is too reliant on the listener to be stoned and satisfied with overt repetition over some rather lengthy tracks.
Overall, I highly recommend Vol 1. It features some welcome variety to go along with the staples of a Moon Duo album. Vol 2 is recommend, but to a lesser extent. I just want to put “Cross-Town Fade” on with headphones, go for a walk and lose myself in that song again.
Moon Duo Website
Moon Duo Facebook
Sacred Bones Records
– Reviewed by Daniel Taylor

The Friday Fire Track: Dream Machine – “All For A Chance”