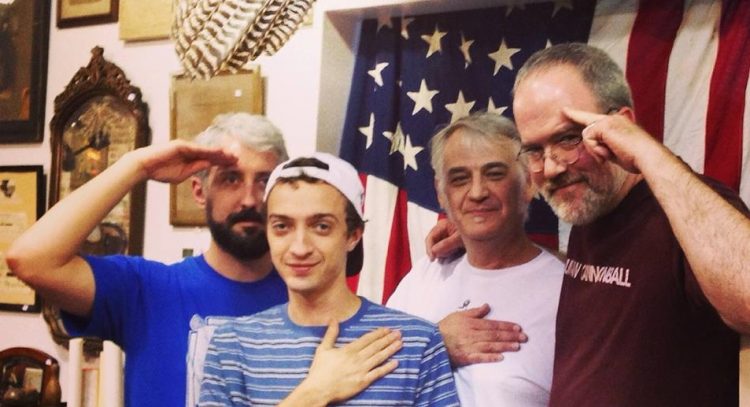 Today we have a special track premiere from Dayton, Ohio veteran band Smug Brothers. The group is coming back at the world on March 31st with their 10th release, Disco Maroon! The 15-track full length once again features their lo-fi roots but definitely branches out from there with plenty of power pop and indie rock nuggets.
“Hang Up” is one of those 2-minute numbers from the new album that captures the essence of Disco Maroon with its memorable guitar riff and corresponding drum beat. Singer Kyle Melton has never sounded more desperate and sincere in the same breath, as when he questions the reality of his situation and sings “how did I ask you to just hang up?” That plead will bring you back to every time you replay events in your head and contemplate – did I make the right decision?
With a bursting 90’s era pop of Superchunk and present day off kilter lo-fi modern groove like Connections and Lost Boy?, “Hang Up” offers the right mix to rock all of your indie woes away! Check the track out today and be sure to support Smug Brothers when Disco Maroon is released on March 31st.