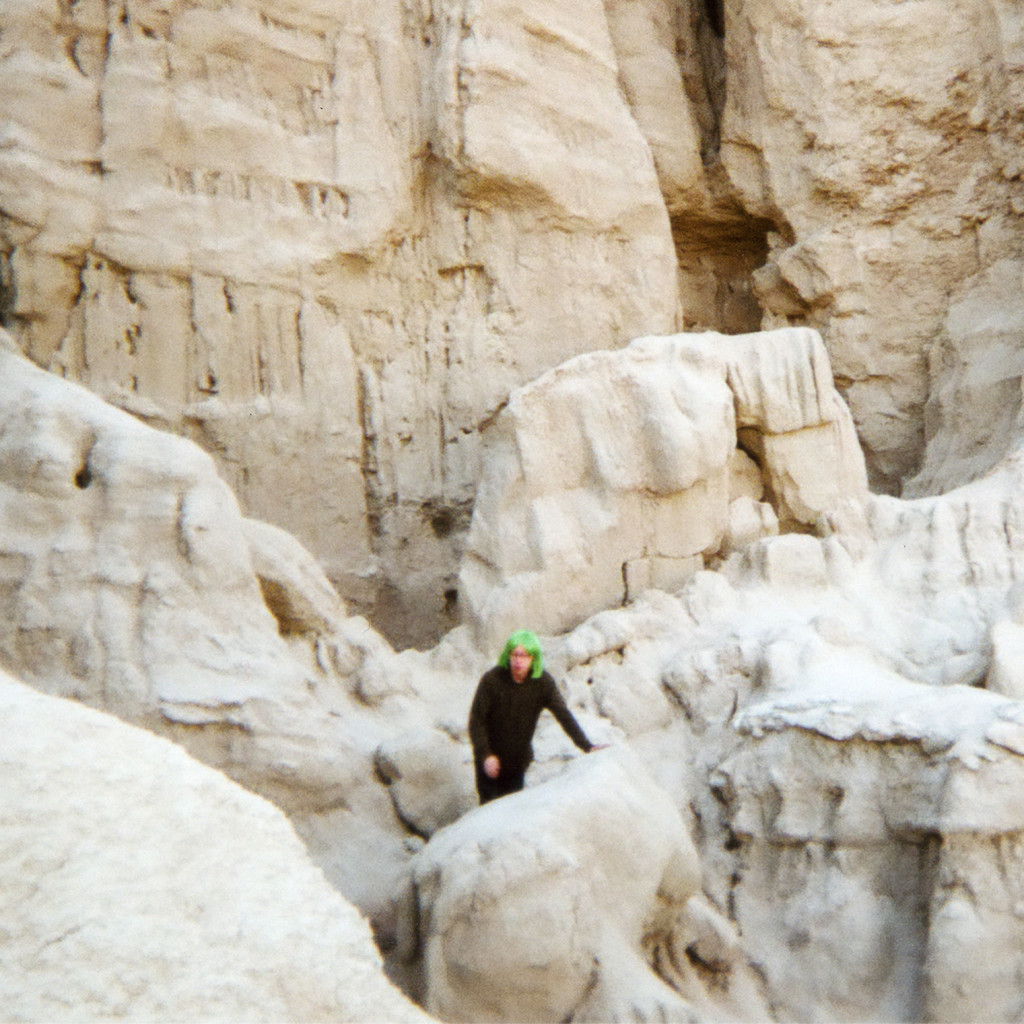 Fire Note Says: PC Worship stir up a disorienting sonic slurry.
Album Review: My first listen to Social Rust, I knew nothing about the band that produced the album. That wasn’t a deliberate choice, really, but once I hit play it made sense to just let the music do the talking. Sometimes it’s good to not have any context, and this dark, dirgey music seemed to have its own sense of purpose, like it just existed with no backstory. It was mysterious and engrossing, so I just listened and tried to glean the answers from what I was hearing. So where is this band from? Somewhere remote and bleak, I guessed; they record in a shack in the desert. (I was way off, they’re from Brooklyn). How many members? Hum, the record is claustrophobic in a way that suggests the work of an obsessive loner, toiling away alone in his bedroom studio. And yet it’s too cluttered, too many voices and sounds crop up irregularly. This is the work of a group, at least five people… if not a collective of some sort. (I almost nailed it — the core band is four people, but they list additional contributions from seven more. And it started as a solo project from leader Justin Frye.)
With only one exception, each track on Social Rust is longer than the one that precedes it. The album starts with the 43 second “Hawl” (a blurt of noise that seems to have a song fragment buried in it somewhere) and culminates in the almost 9 minute “First Wave Back.” In between, the songs get progressively more dense, slow and foreboding.
At their core, PC Worship is a garage band, albeit a particularly sludgy one. Their songs favor grooves, riffs, and noise over melody, and vocals contribute atmosphere more than anything. On most tracks, the standard rock band format is augmented by (likely improvised) drones on noisemakers like violins, horns, voices, and feedback. These elements lend a gravity to the proceedings that take the band out of the garage and into the… haunted house? Creepy occult church? 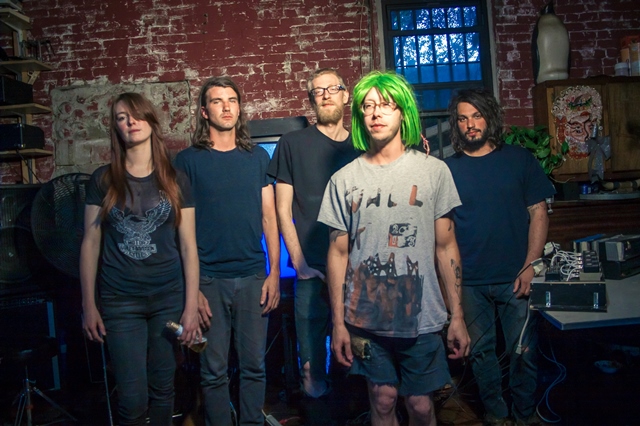 “Baby in the Backroom” is an early highlight, and definitely the album’s most accessible moment. It’s an acoustic grunge sing-along made ominous with what sounds like droning feedback. It’s got the clearest vocals and a memorable tune. And I’m particularly fond of “Odd,” a slowed-down rocker that is somewhere between proto-punk and metal, with a chorus that reminds me of Pixies’ “Tame.”
“Rust” is the low-key brother of “Odd.” With its buried speak-sing vocals chugging along on a bed of one ragged guitar chord and a swarm of violin drones, it reminds me a bit of the Velvet Underground.
My favorite song is the minimal, hard-hitting “Public Shrine,” the penultimate track (and thus second longest at nearly 8 minutes). Although its supreme epic-ness is outdone by the final song, “Public Shrine” seems to be the centerpiece of the record. The beat is so slow I’m not really sure how they managed to keep time. The song basically consists of one thundering bass note accompanied by one thundering drum hit. For most of the track, a chorus of horns and female voices echo the song’s single note, until the rhythm section stops and the now weightless horns and voices continue for another minute or so, before a tinkly/noisy piano plays it off. While it lacks the finesse of some recent Swans tracks that pull off a similar trick, it’s not any less engrossing and cathartic.
Key Tracks: “Odd” / “Public Shrine” / “Baby in the Backroom”
Artists With Similar Fire: Swans / Butthole Surfers / Black Sabbath

Archie Powell & The Exports: Back In Black [Album Review]