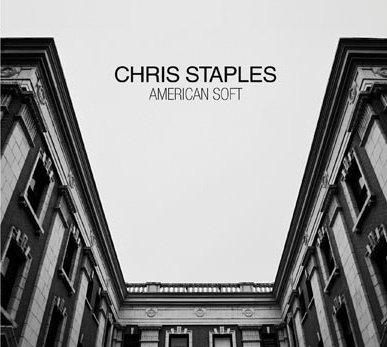 Fire Note Says: A charming and understated indie-pop/singer-songwriter album.
Album Review: The penultimate track on Chris Staples’ American Soft is called “Needle Park,” and it’s really great. The instantly catchy chorus of “Well would I ever lie to you? / Of course I would, of course I would,” will surely be running through my head for years to come. But it’s not just the memorable hook — it’s the way the chorus just takes off from the surrounding verses, built on deliberate guitar stabs and skittering, jazzy drums. When that chorus hits, the whole song opens up: The drums switch seamlessly to a driving beat, the guitar plays an upbeat run of notes that underscores and contrasts with the vocal line. The chorus explodes… quietly. There’s no guitar crunch, no Nirvana-via-Pixies quietLOUDquiet dynamic. It’s quietQUIET!quiet. Which is pretty cool.
American Soft is an aggressively pleasant album. I’m going to be upfront about this — it probably sounds terrific in the background at a coffee shop. That may come across like damning with faint praise, but I don’t know, isn’t there a lot of skill involved in producing tasteful music (i.e. music you could listen to when your mom is around) that isn’t vomit-inducing? Staples’ pulls it off.
Staples’ confident, understated singing is similar to labelmate Ben Gibbard’s, but with less of that cloying sweetness. And this isn’t a Death Cab clone by any means. American Soft is not a band record or even a guitar record. His one-man band arrangements build lush layers of sound on simple foundations. You’ll hear the creaking of a chair and the squeak of fingers on strings. The drums are there to keep time, not rock your face off. The bass stays low and doesn’t stray far from those root notes. On this rhythmic bed, Staples layers all kind of prettiness in the form of fingerpicked guitar, synths and keys, acoustic guitar strums.
Subtle additions mark the passage of time within a song. Album highlight “Dark Side of the Moon,” starts simply with two acoustic guitars strumming. The second verse adds tambourine and bass thumping. The third verse add a gentle synth line and a steady cymbal tap. On the primarily acoustic “Where We Used to Be,” a descending riff played on a clean electric guitar underscores the chorus. It’s easy to miss these little details on initial listens (a testament to how well Staples employs them) but I believe they register unconsciously and help drive the songs.
The album mixes it up slightly on the track “Grand Coulee Band,” a relatively dark/aggressive track that has some nice guitar riffs, played on a lightly distorted guitar and doubled on bass. It’s a really cool song, but I wish the production/performance allowed for some rawness to seep in. 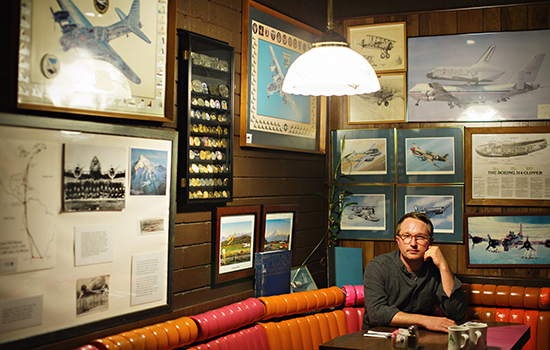 Along with the aforementioned “Needle Park,” Staples pulls off another wonderful chorus near the end of the record, on the track “Overpaid.” Ahem:
I’m scenery / You’re scenery / We should pass each other easily
Great stuff! Speaking of lyrics, there’s a kind of puzzling Silver Jews reference on “Where We Used to Be.” In the classic Silver Jews song “Trains Across the Sea,” David Berman sings:
In twenty-seven years
I drunk fifty thousand beers
And they just wash against me
Like the sea into a pier
On “Where We Used to Be,” Chris Staples sings:
In fifty-seven years
I drank fifty thousand beers
Now they’re passing through me
Like the ocean through the piers
I appreciate a good allusion, but I can’t figure out what Staples’ intention was with this. Was he going for a clever subversion of Berman’s verse (ala Destroyer’s Dan Bejar)? Maybe… but if so, his meaning is unclear, especially compared to Berman’s razor sharp wit. Unless it’s supposed to be about drunken urination, in which case that’s pretty funny. Or maybe he just remembered it incorrectly, or it’s a case of subconscious plagiarism. Any ideas?
American Soft starts good and ends stronger, with the final three tracks being among my favorites. The LP is a nice way to spent 32 minutes. While there may not be much variety from track to track, each song has its own memorable elements, and Staples even pulls off a few (gently) killer choruses. Pick it up for the next road trip with your mom!
Key Tracks: “Needle Park” / “Overpaid” / “Dark Side of the Moon”
Artists With Similar Fire: The Shins / Eels / The Mountain Goats