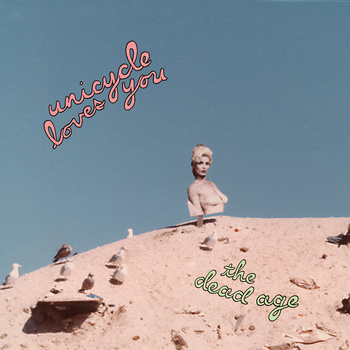 Fire Note Says: Unicycle Loves You is a wonderful blend of shoegaze, 60’s psychedelic pop, and noise/fuzz rock.
Album Review: Unicycle Loves You are a Brooklyn-based trio. The Dead Age is their fourth studio LP, but this is the first one I have heard. I was exposed to their work when I heard the intro to JAWS and thought that there was something really cool going on with this band.
My ears and brain were not lying to me; there is something cool going on with Unicycle Loves You and this album.
Their 12-track The Dead Age sounds like a collection of 90’s era indie rock genres, mostly leaning towards shoegaze noise with touches of psychedelic pop and a dose of unabashed indie rock.
Opening track, “Falling Off”, starts you off right with a laconic and heavy bass strum and steady drum beat. Frontman Jim Carroll’s echo-drenched vocals and jangly guitar leads are layered on top with bassist Nicole Vitale providing back-up vocals and “Ohoooos.”
“We Never Worry” is a more upbeat noise rocker. It boasts plucky bass, guitar dissonance, and drummer Dennis Lehrer’s fevered beats. The vocal delivery is in a deadpan manner that mirrors the lyrics of “we don’t care,” “we never worry” and “it’s all a joke.” 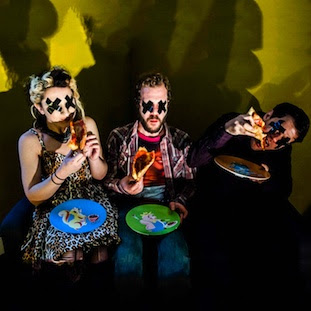 Unicycle Loves You throw in a wonderful 60’s psychedelic-tinged track, “Suicide Pizza” for track 3. This track would be welcome on an early Of Montreal or Minders album.
The attention grabbing buzz and fuzz opening of track 6, “JAWS” serves as a punchy placeholder for the midway portion of the album before it gives way to the gradual buildup of momentum for the equally fuzzy and urgent “Bad News Club”.
Track 10, “Grownups” is one of my favorites. When I first heard it, I had to double check that it was not a King Tuff track. There are some strong vocal similarities there. “Grownups” is an irresistibly catchy power-pop song. A real gem of a track on a real gem of an album.
There are plenty of things to like on The Dead Age. As an album, it is never dull. It never hurts to have Bob Weston as a producer. He has worked with some of my favorite bands such as Sebadoh, Archers of Loaf, June of 44, Polvo and post rock legends Rodan. Add The Dead Age to that list. They are worthy of your ears and dollars.
Key Tracks: “We Never Worry” / “JAWS” / “Grownups”
Artists With Similar Fire: King Tuff / The Swirlies / White Fence