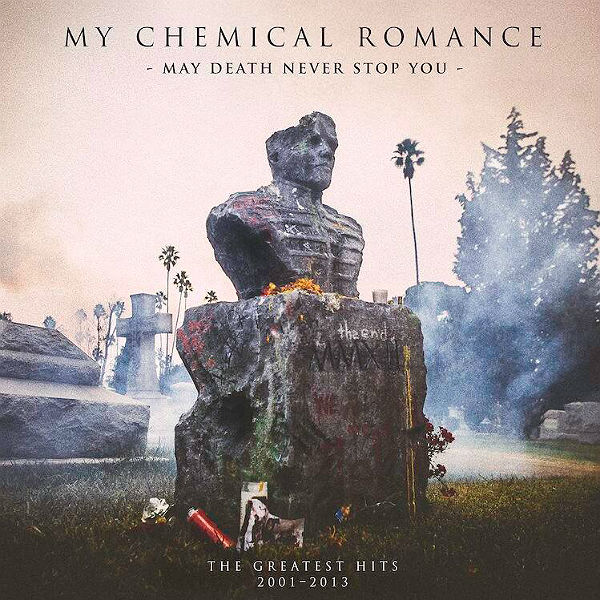 Fire Note Says: May Death Never Stop You works as a primer if you are looking back at the alt/rock world of the last decade.
Album Review: The thing about My Chemical Romance, the pop/punk band from Jersey that had a run of alt/rock radio hits and successful tours from 2001 through their breakup in 2013, is that for all the dark adolescent angst that they repackaged as smart, memorable riff-conscious rock songs they also remembered to keep it fun and interesting. Sure, they have all the signs of their age, fast post/punk rants that helped them win audiences while opening for Green Day and on the Warped Festival stage, but they also wrote some anthemic pop hooks, like their best known song, “Sing,” that suggest classic rock influences as varied as The Who and Pink Floyd in songs like “Mama,” “Teenagers” and “Na Na Na (Na Na, etc.,).
May Death Never Stop You features songs from each of their four studio albums but opens with the ironic tease of “Fake Your Death,” a previously unreleased track sure to leave hard-core fans hoping for a reunion. Early on some hung an “Emo” classification on MCR, much to the band’s distress, but as their songwriting and production improved with each recording they quickly revealed they were more than a one trick pony. While the band leaned toward a hard rocking and overly dramatic, if not depressing tone – The Black Parade, anyone? – they often did it with a comic wink that suggested they didn’t take themselves that seriously. Thankfully. 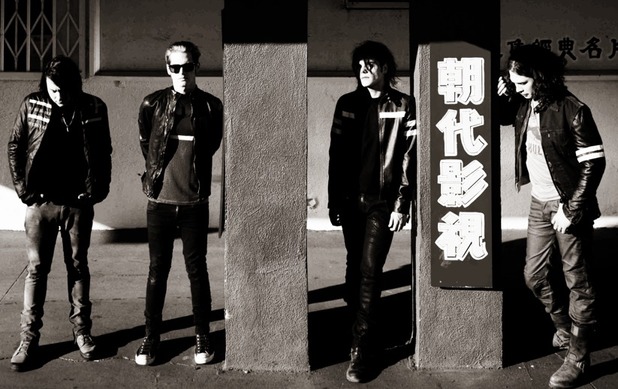 Simply enough, this is a “best of,” pure and simple. In addition to “Fake Your Death” they threw in three rather nondescript demos to entice fans that might lean toward an OCD need to have the complete recorded works. They are not worth the purchase if you have the two biggest discs, Black Parade and Danger Days. But as a window into the pop/alt/rock world of the last decade, this collection works as a primer. As David Letterman would say, it’s for the kids.
Key Tracks: “Fake Your Death,” “Welcome to the Black Parade,” “Sing”
Artists With Similar Fire: Green Day / Linkin Park / The Used