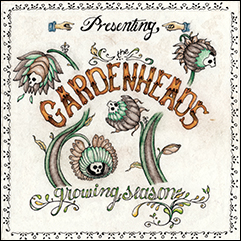 Fire Note Says: Midwest rockers split the difference between power pop and classic rock on sophomore album.
Album Review: I don’t know anything about Springfield, Missouri except that it is home to the great Someone Still Loves You Boris Yeltsin and Missouri State University. I Googled it to gain some sense of the place as The Gardenheads really feel like an extension of it. And that is kind of strange given my lack of perspective on this but I did find out that Springfield also gave us King’s X, Stan Musial and Brad Pitt. So take that. Our crack research department at The Fire Note failed to mention any of this to me. Not to fear: I’ve got the skinny on these guys straight from their label, Wee Rock Records. The official bio speaks of “full-bodied” guitars, sing-along choruses and powerful drumming. All true, all true. Also true is that this is a vinyl-only release and that automatically earns them some cred from me.
Right from the get-go with opener “Headin’ Out” there is the strong pull of nineties guitar rock. Unequivocal nods to Bob Mould and Paul Westerberg at their most straight forward abound. While the music is pretty basic rock (complete with wood block percussion and voice cracks) there are some real cool lyrics to be found: “When we were just creatures in the sea/I was of the mind we would slip between/All of the boats that would one day capture us and carry us to shore.” God only knows how many songs have been written about leaving one’s boring hometown for greener pastures, but this is still good stuff. Singer/guitarist/songwriter Stanley J. Fick does a nice job of keeping these songs from descending too far into cliché. All those talents can’t save “We Are F’ed Up Kids” from sounding trite but the band is tight and the production is clean. Ode to the blue collar workingman’s plight “The Dishwashers Union” is a literal take on, well, washing dishes and the obligatory refrain “I’m sick and tired” sung between harmonica riffs falls a little flat. (“Throw down that sponge.” Really? Well, can’t win ’em all.) 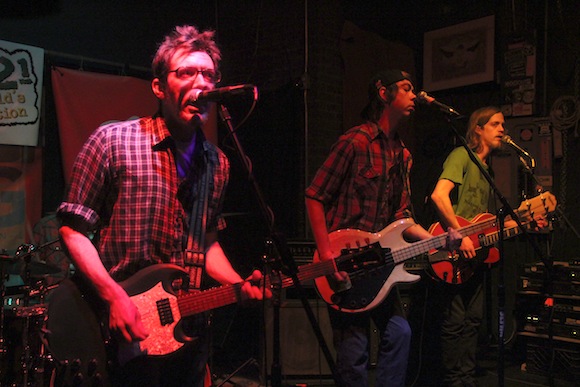 Growing Season rebounds with a trio of nice Big Star inspired tracks. “Starlings & Sparrows” is a mid-tempo rocker that rewards us with cow bell and a great hook. “Adderall” reflects on Fick’s group of friends all being assisted by modern pharmacology. It’s got a sweet shuffle beat and despite the obvious target it lands squarely due in large part to the autobiographical feel to the words. When he sings “You’ll stay awake” repeatedly throughout the song’s midsection there is real venom and passion that is missing elsewhere – making this the album’s standout track. Then we get the curious “Greenhouse Soiree” where all sorts of animals join in some acid-fuelled party, singing and dancing and drinking. The ridiculous subject matter actually works in this band’s favor. Too often there is a by-the-numbers approach going on so it is nice to catch a break.
The album ends with the 15 minute “Silent Spring.” Fick ponders some eternal questions (“What’s the deal with the human race?”) and I guess it takes a really long track to adequately convey the idea that he’s got something deep on his mind. There’s little of the space-filling crapola one would expect from a song this long – no drum solo or silly outro. Just a singular three chord rock song played into the dirt. I have to hand it to the guy – there’s no flinching. The laser focus to resurrect a sound long out of vogue is admirable. I find myself rooting for The Gardenheads. Why not them? It’s certainly preferable to Kings Of Leon or Band Of Horses. And if Brad Pitt can leave Springfield, Missouri and make it in the big, band world…