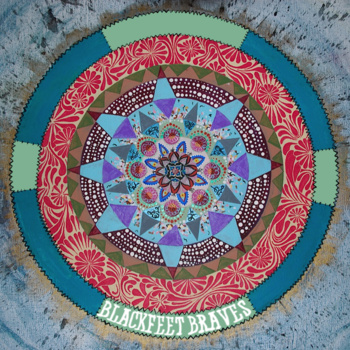 Fire Note Says: Blackfeet Braves take listeners back to the Sunset Strip circa 1968, dragging them through the dusty southwest along the way.
Album Review: Most “retro” or “neo-[insert genre here]” acts stay just that: an act, in which the band prefers to mimic the creativity of their influences in favor of developing their own. A lot of these bands get stuck trying to recreate a particular “vibe” or “sound” and forget that quality tunes are just as important as production tricks. Every once in a while, though, a band will prove they can recreate the sounds of the past while adding their own artistic vision to the process. The success of groups like The White Stripes, The Black Keys, Fleet Foxes and Tame Impala proves that if you put the songs before the sonics (but don’t forget those either), great things can happen. Add to that list Blackfeet Braves, whose self-titled debut album deserves a place in the collection of anyone who is a fan of 60s psychedelia—or any of the bands mentioned above, for that matter.
Taking the acid-soaked 45s and LPs that flooded out of LA in the last half of the 60s as their template, Blackfeet Braves add a little surf guitar and a more-than-generous helping of southwestern kick to the mix, recalling the wild sounds of Texas garage legends the Thirteenth Floor Elevators. But it isn’t just about the hazy, tremolo and reverb immersed atmosphere—every song here is catchy, melodically interesting, and played with energy and skill. “Vicious Cycle,” the album’s first single, is a perfect introduction to the band’s methodology: beginning with a simple but effective intertwining guitar and bass riff backed up by a solid beat, the song quickly picks up energy as singer Tony Malacara adds his slightly twangy vocals to the mix. His voice bears more than a passing resemblance to Dylanesque folkie The Tallest Man On Earth (Kristian Matsson), though Malacara’s are a bit grittier and are wrapped in layers of echo. 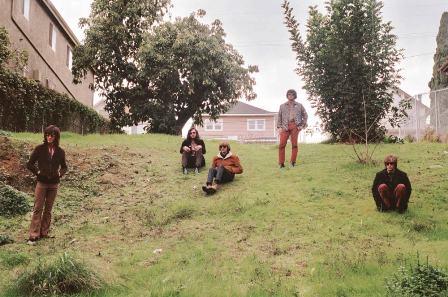 Standout moments include opener “Mystic Rabbit,” which features a great extended guitar solo, “Trippin,” with its rapid-fire vocals and shifting rhythms, and the spooky, trippy guitar that drives “Misery Loves Company,” the chorus of which finds Julian Ducatenzeiler proclaiming: “Take all the time that you need / I’ll put a spell on you, you put a curse on me.” “Please Let Me Know” starts out with one of the band’s more memorable riffs, before it segues nicely into the more bass-heavy groove of “Docweiler.” A warbly organ joins the guitar for the instrumental refrain of the complex “Oh So Fine,” while the drums come to the forefront on the rolling “Strange Lovers” before the organ returns for the chorus, which sounds vaguely like more recent Black Keys tracks. About the worst thing you could say about any of these songs is that they’re too consistent, which some might confuse for monotony; I for one don’t care if the tracks have a consistent sound (which they do), as long as they’re consistently good (which they are). Really, really good. But why are you still reading this review? Go buy it now (or, if you’re reading this early, when it’s released on February 12).
If you’re still not convinced, download “Vicious Cycle” at Blackfeet Braves’ BandCamp site below.
Key Tracks: “Mystic Rabbit”, “Trippin’” , “Please Let Me Know”, “Vicious Cycle”
Artists With Similar Fire: Tame Impala / Thirteenth Floor Elevators / The Tallest Man On Earth
Blackfeet Braves Website
Blackfeet Braves Facebook
Lolipop Records
-Reviewed by Simon Workman