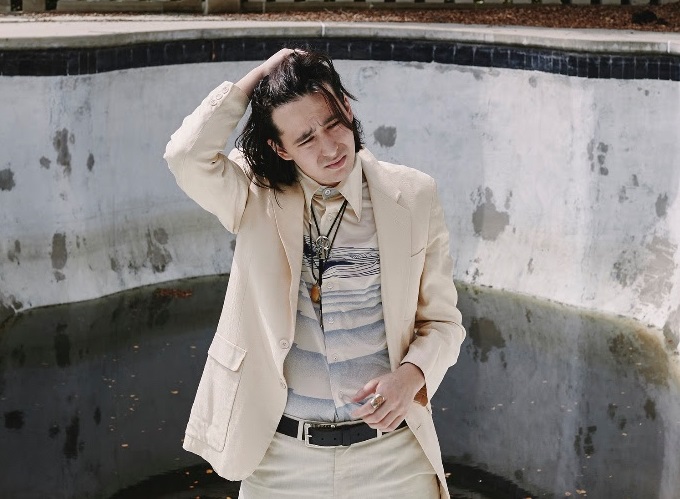 On August 17th Cullen Omori will release his sophomore effort, The Diet via Sub Pop Records. Omori has shared a brand new video for the song, “Happiness Reigns”, which was directed by Sarah Strunin. “Reigns” was not only inspired by Omori’s current girlfriend—she was intricately involved in his vision for bringing this love song a la Beatles or Rolling Stones “into the 21st century.” “Seldom are songs actually about the women in my life, but when I choose to write them I try to act in conspiracy with my ‘muse,’” he says.
“On ‘Happiness Reigns,’ I was consciously trying to prevent the song from lyrically falling into this one-way ode to an idolized muse. Of course some of my favorite artists like T-Rex or John Cale have albums chock full of them but my intention was never to be a rock classicist or to make something that was an extension of my influences. So I had her write it with me. If I was going to write this about someone, even in vague terms, I thought it would be interesting to intertwine their perception of themselves and of our relationship.”