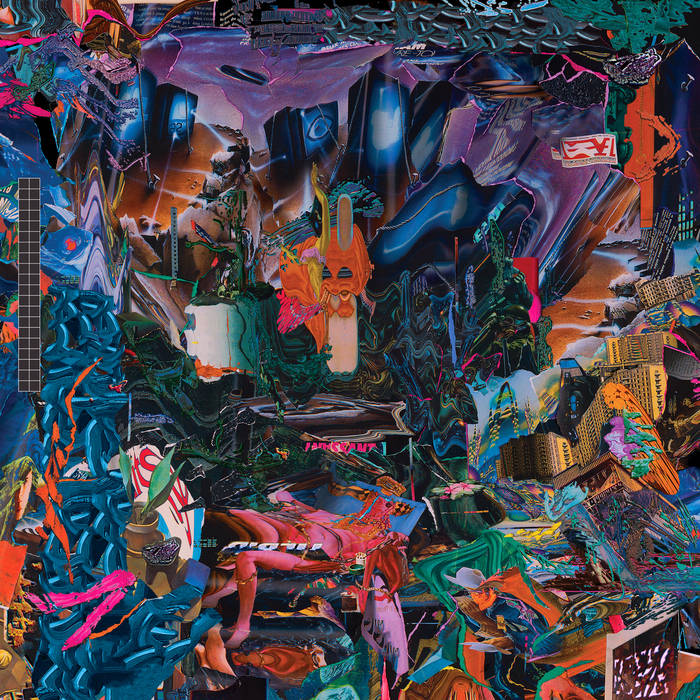 When taking a look at UK’s black midi, they earn the admiration of music fans. How do they do this? To break music rules like they do, you have to be a quick study. Geordie Greep (vocals, guitar), Cameron Picton (vocals, bass, synths, samples), Morgan Simpson (drums), Seth Evans (keyboard, synths) and Kaidi Akinnibi (saxophone), are exactly that with their sophomore album, Cavalcade. If their debut Schlagenheim was a lumbering continent drifting to life then Cavalcade is a dynamo at the planet’s core that dictates spin and orbit.

Calvelcade gets off on the idea that it’s a musical performance museum. Each track is a room with different moments of drama, comedy, or art installation. Just like Schlagenheim, from the moment you hit play that album grabs you by the brain- or balls. First single, “John L” has Greep spitting fire of an inescapable cult leader while violins clash with waves of crashing blue screens. “Marlene Dietrich” goes Bossa Nova with a very Arctic Monkeys’ Tranquility Base Hotel & Casino vibe. “Chondromalacia Patella”-named for a knee injury one of the bands members sustained while running- bucks, wanes, and squeals into a glassy, jazz spitfire.

The biggest point that I’d like to make is how big of a role structure/composition does or doesn’t play. Schlagenheim felt structured. Cavalcade really only dabbles in structure. This album is black midi pushing the boundaries of the space. To quote Greep from post-punk.com, “We wanted a natural, open sound combined with fourth wall breaks.” “Dethroned ” does this well with big explosive swells, a Preoccupations dedication to automation rock, and light brushings of jazz. The final song, “Ascending Fourth” embodies the metaphor of theater. The longest piece of music, this outro riles the orchestra pit into a spiralized Radiohead frenzy that swells to a perfect curtain close.

This album is so fucking confident. There’s really no other way to put it. Cavalcade is a real tightrope between odd and genius. While its pacing and momentum can leave a bit to be desired the overall idea is sound. With what everyone has gone through over the past year and a half, I doubt any album will feel as cathartic as black midi’s Cavalcade

The Routes – “Ain’t It Black (featuring The Meyer Dancers)” [Video]