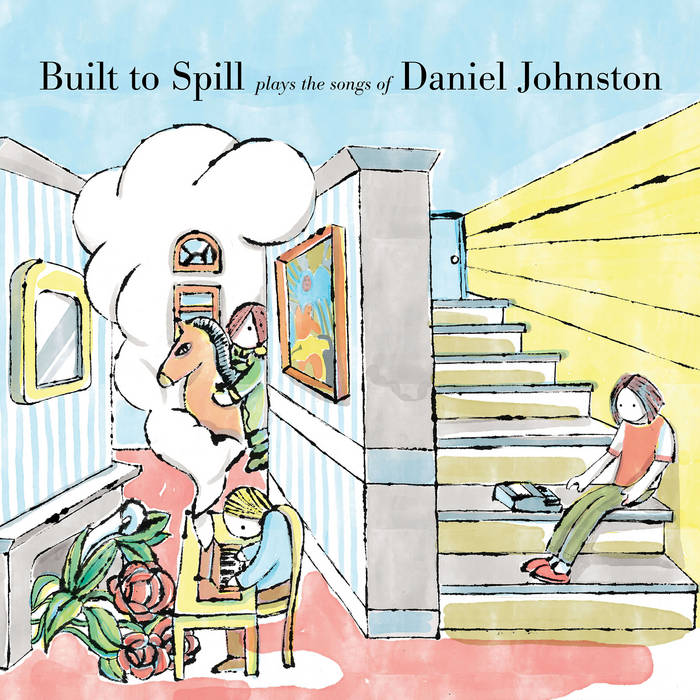 Sound: Boise, Idaho indie rock legends play it safe and respectful to give a fitting and often times, endearing tribute to Daniel Johnston.

Just seeing the title of the next Built to Spill, Built To Spill Plays The Songs Of Daniel Johnston was enough to drive me into a heady fervor and I couldn’t preorder this album fast enough. As the months went by and the original release day was pushed back by COVID 19, the released singles gave me lots of hope that we would soon have our hands on a new classic.

Fast forward to now, I have had the complete album for about a month now. I do enjoy Built To Spill Plays The Songs Of Daniel Johnston, it is a rather superb collection of Daniel Johnston covers by a band I greatly admire, but it feels like something is missing. I wasn’t sure what it was until I relistened to 1996’s The Normal Years and BTS covered Daniel Johnston’s “Some Things Last A Long Time”. That version is what I was anticipating for this new album. Johnston’s childlike and innocent songs enhanced by the heavy and psychedelic-tinged Built to Spill sound.

Built to Spill never cut loose with any of the tracks. They keep it sparse and truer to the source songs than their cover of “Some Things Last a Long Time.” Maybe Doug Martsch and company were trying to keep it earnest out of respect to Daniel Johnston, but how can you get more earnest than Johnston’s approach to songwriting? You can’t, so why not throw a bit more of Built to Spill’s sound into the mix to make something unique.

Do not get me wrong, I enjoy this collection. It feels like it comes from the heart and Doug’s voice does justice to Daniel’s lyrics. The musicianship is exceptional, the song choice is thoughtful and purposefully stays away from the more popular Johnston songs, but when listening to the album, it all begins to sound the same. There is little distinction between each song. I think BTS missed an opportunity to insert themselves into the songs a bit more and go a little off the beaten path. “Life in Vain,” “Mountain Top,” “Impossible Love,” and “Fish” just scream for a more electric and distorted BTS cover.

All in all, if you are a Built to Spill and Daniel Johnston fan, this is a well-done album and it should make you damn happy.