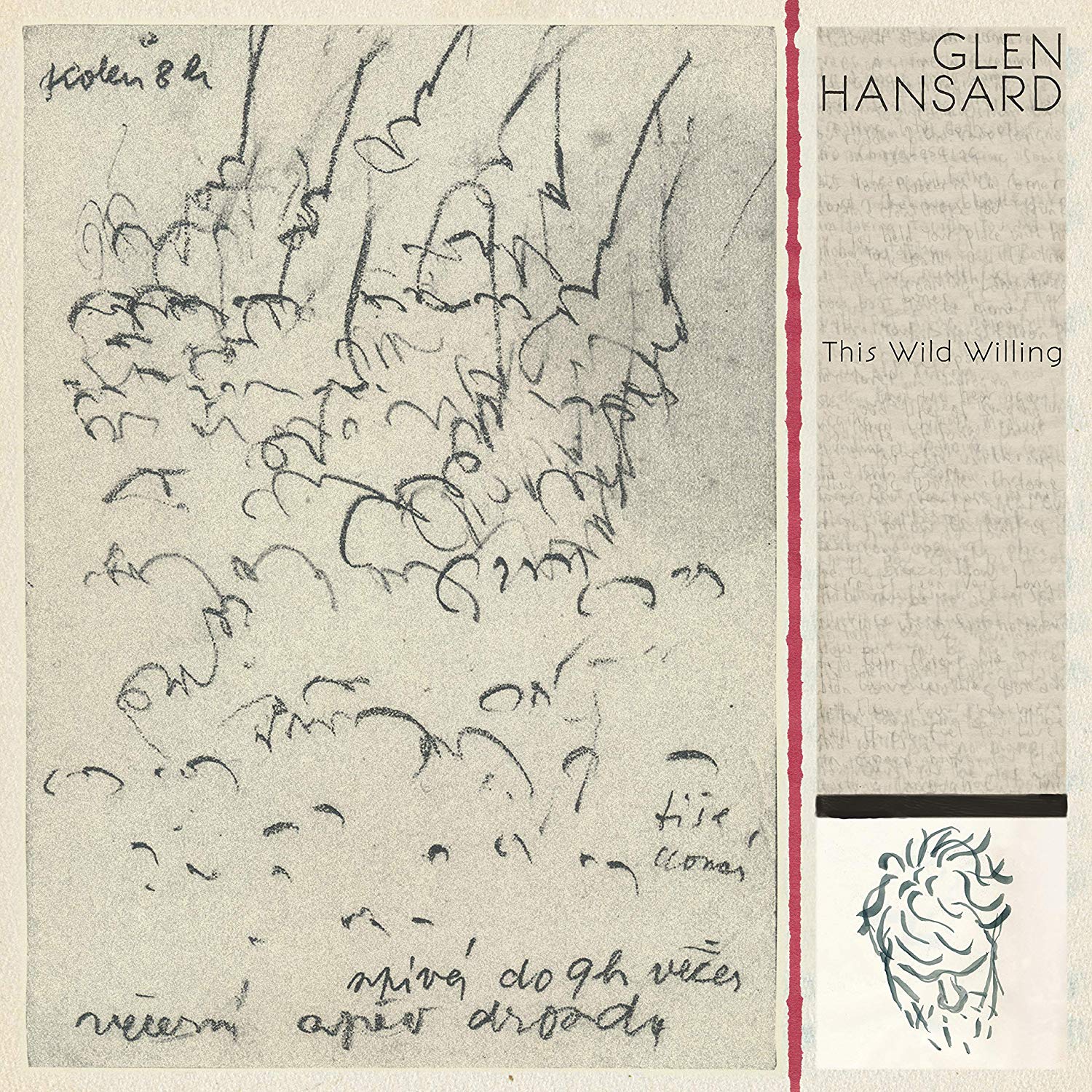 Fire Note Says: Glen Hansard, of “Once,” The Frames, and The Swell Season fame, expands his musical palette, but sings in a quieter more reflective voice on his fourth solo album, This Wild Willing.
Album Review: The first thought that comes to mind when I think of Glen Hansard is that opening sequence in the movie, “Once,” where we hear the singer/songwriter alone on acoustic guitar as the camera moves in one seamless longshot along the streets of Dublin, until we finally see him playing his acoustic guitar and singing out, like the street busker his character was in the film. Of course, that movie went on to be turned into a Broadway musical, and Hansard joined up with the film’s female co-star Marketa Irglova to form The Swell Season, which released two albums. Of course, Hansard had already had several shots at that proverbial 15 minutes of fame and stardom; he appeared in the 1991 film, “The Commitments” as the lead guitarist in a band, and throughout the 90’s and early 00’s he was the lead singer/frontman for the Irish rock band, The Frames.
This Wild Willing is Hansard’s fourth solo album, arriving just a year after his 2018 release, Between Two Shores. This time, recording in Paris, Hansard’s bio reveals he started the project thinking it would be an intimate acoustic affair, working primarily with long-time collaborators Joe Doyle (bass), ROMY (piano, synths, strings and vocals) and Javier Mas (Spanish guitar). But after meeting classically trained Iranian musicians, the Khoshravesh brothers, Hansard invited them and Irish electronic musicians Dunk Murphy and Deasy to interact in a largely improvisational format. While there’s a relaxed, almost languid feel to longer tracks, like “Good Life of Song,” “Weight of the World,” and “Fool’s Game,” others are fleshed out with more traditional instruments by a host of other supporting musicians, including Iranian singer and daf player Aida Shahghasemi, Michael Buckley on various horns, Breanndan O Beaglaoich on accordion, Rosie KcKenzie on violin, Eamon O’Leary on banjo, Bouzouki, and mandolin, and others including Irglova on some vocals.
Curiously, Hansard, whose voice has often been compared to Irish vocal icon Van Morrison, chooses here to practically whisper his vocals on track after track. The desired effect may be a greater sense of quiet intimacy, but what’s missing is the emotional dynamics that tend to come when he accesses his full vocal range. Musically, the mix of Hansard’s traditional Celtic soul with the Eastern musical tones brought to the party by the Khoshraveshs, make this for an elegant mix of musical cultures, but with its decidedly quieter leaning song structures and slower, somber tones the album seems to lack the energetic spark that would allow these diverse cultural references to shine out with clarity.
While I’m eager to celebrate the creative collaborations at work on This Wild Willing, for all its instrumental breadth and unique flavors, it’s missing that dynamic Irish energy and rockin’ Celtic soul that have shown through his best works with The Frames and his solo albums. There are many sonically satisfying musical sounds that Hansard and producer David Odlum have brought together in the making of this album, but the unconventional compositions don’t always coalesce into strong enough melodic moments to allow for an easy connection. The rewards here will please the most patient listeners.
Key Tracks: “Race to the Bottom” / “I’ll Be You, Be Me” / “Mary”
Artists With Similar Fire: Van Morrison / Damien Rice / Bon Iver
Glen Hansard Website
Glen Hansard Facebook
ANTI-
– Reviewed by Brian Q. Newcomb