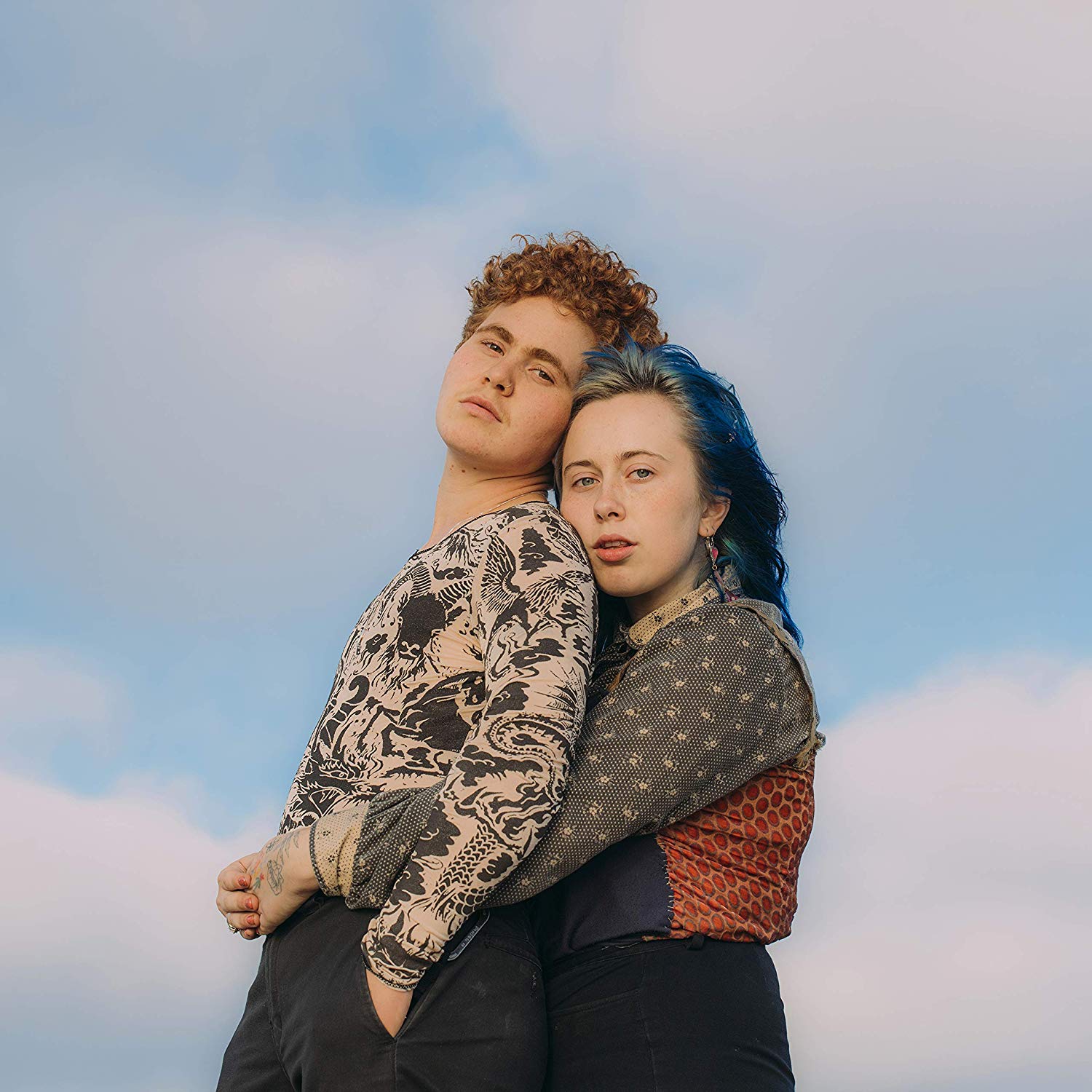 Girlpool
What Chaos Is Imaginary
ANTI- [2019]

Fire Note Says: Girlpool continues to evolve on their third album.
Album Review: Cleo Tucker and Harmony Tividad are back with their third LP. Following 2017’s impressive Powerplant, which incorporated fuzzy guitars and haunting harmonies, the new collection goes for more of the same, but with mixed results.
It’s hard for the story to not be the impact of Tucker’s transgender identity on his vocals. His voice is the first thing you hear on opening track “Lucy’s,” so Girlpool is not hiding this significant change. After a few listens through the album, it’s still something to adjust to. While it’s great that Tucker is able to be more authentic in his life, it does change the dynamics of the band.
Where some of their previous songs were haunting or cool, now they sound morose and detached. There are a couple of tracks (e.g., “All Blacked Out”) on the new album that are just vocals, bass, and guitar, and it lacks some of the oomph that the tracks with drums provide. That is a big shift for a band that could easily pull off that percussion-less setup in the past.
When Girlpool lightens up, like on “Hire,” they give a glimpse of what their evolving identity could sound like. With guitars that are more jangly than fuzzy, and the slightest hint of a smile in Tucker’s voice, “Hire” is a breath of fresh air. The following song, the counterpart to “Hire,” is “Pretty.” With Tividad fronting this one, it has a great jam and vibe, complementing the preceding track.
These middle tracks buoy up the rest of the album, which sounds like it is emerging from the dirt and grime. That’s not a criticism or a complaint; that sound works for a lot of listeners. Another concern is the album’s length; it has a couple of filler tracks that don’t add much to the aesthetic.
Overall, there are a few very bright spots on Girlpool’s new LP. If your musical taste is more on the harmony, lighter side of rock, then go straight for “Hire” and “Pretty.” If you like grimy, slightly psychedelic, experimental rock, you’ll find a lot more to like.
Key Tracks: “Hire” / “Pretty” / “Swamp and Bay”
Artists With Similar Fire: Waxahatchee / Sonic Youth / PJ Harvey
Girlpool Website
Girlpool Facebook
ANTI-
– Reviewed by Matthew Heiner