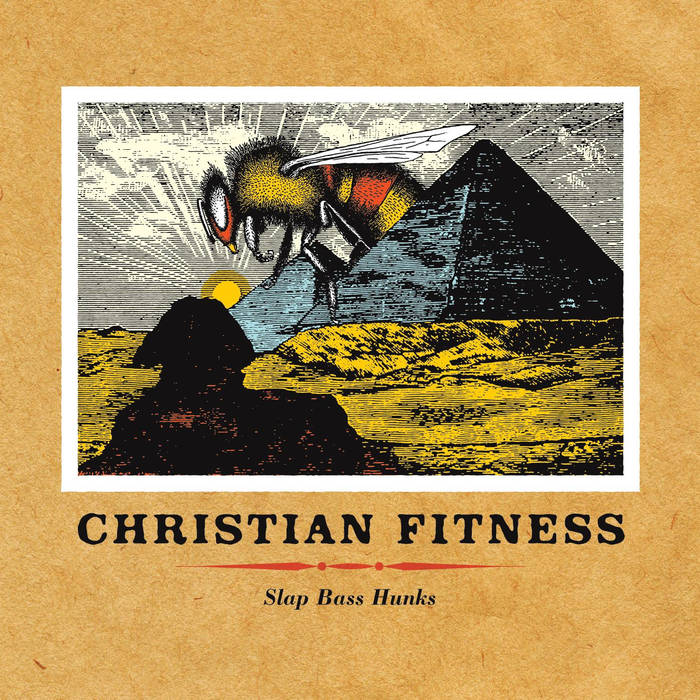 Who: Andrew Falkous’ one man band project, Christian Fitness, is a vital off-shoot of his past work with Mclusky and Future of the Left .
Sound: Slap Bass Hunks continues Christian Fitness’ trend of releasing creative post-hardcore noise rock. Four excellent albums in four years.
TFN Final Take: Andrew Falkous has been incredibly productive the past few years. He has released at least one album per year since 2012’s Future of the Left’s The Plot Against Common Sense. 2016 saw a Future of the Left and a third Christian Fitness album. With Slap Bass Hunks out the first half of 2017, can another Future of the Left release be far behind?
The amount of albums released is not significant in and of itself; it is that all of the albums have been so consistently good. Most artists have trouble conjuring enough material to make a decent album once every few years, but Falkous makes it look easy. He effortlessly slings out vicious barbs paired with equally vicious riffs and beats.
Slap Bass Hunks is another slice of edgy, post-hardcore heaven. Gritty production weaved in with Falkous’ biting and wry wit makes it one of my favorite releases for 2017. Bruce may hate puppies, but I sure loves this Christian Fitness album.
Christian Fitness Website
Prescriptions Music
– Reviewed by Daniel Taylor

Waxahatchee: Out In The Storm [Album Review]