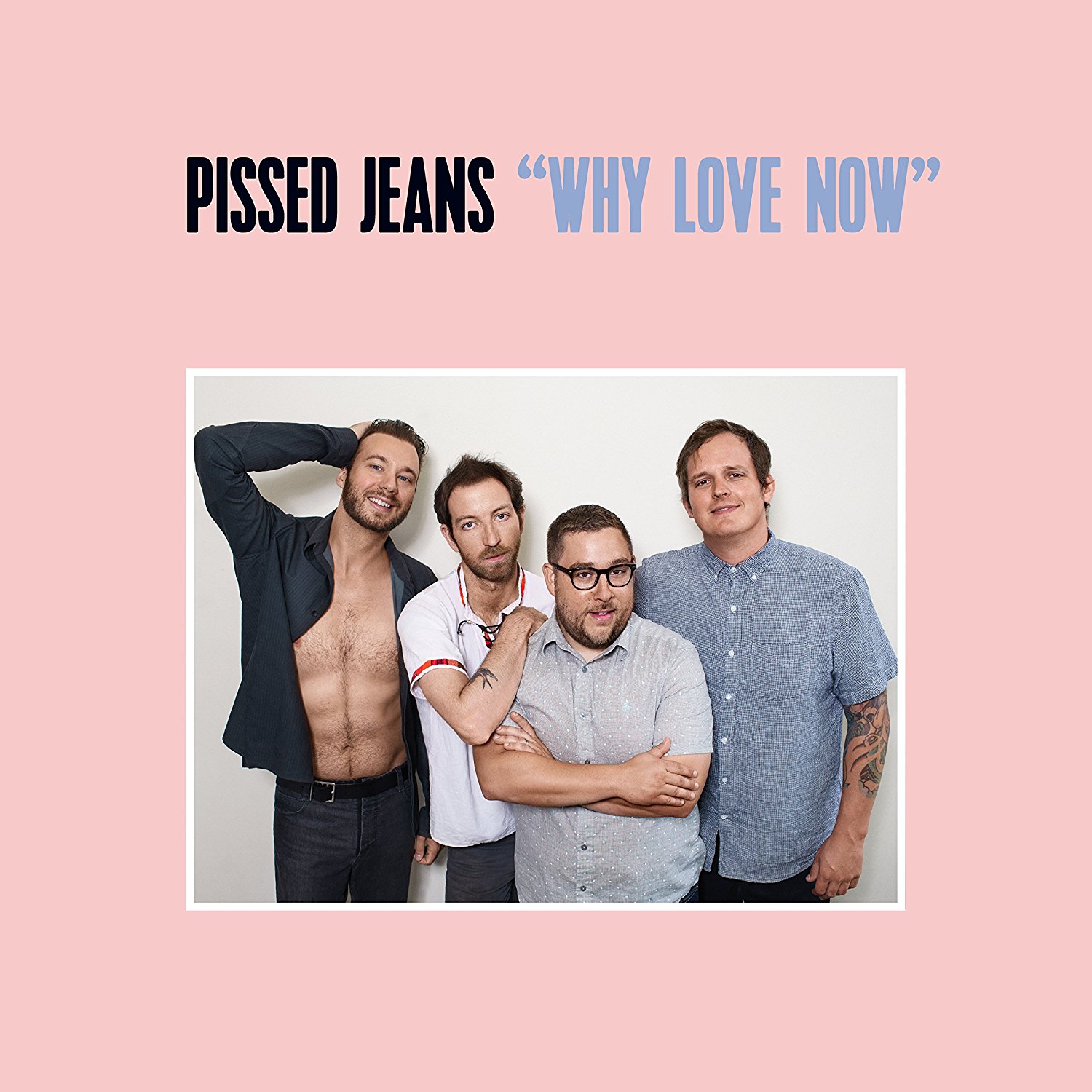 Fire Note Says: In a world of “locker room talk“ Pissed Jeans return to kick shit in the face of mundane, modern life.
Album Review: Pissed Jeans are my unlikely heroes right now. Why you ask? If you look and listen to what the new album, Why Love Now says, a lot of it could apply to everyone of us. When they were first put on my radar with 2013’s Honeys I considered them the equivalent of a musical middle finger. Fast forward to today and that middle finger seems to holds truer.
Why Love Now just rings out as a completely raw, dirty, sweaty record. No Wave legend Lydia Lunch helped produce the album and to quote lead vocalist Matt Korvette, “We wanted to mix it up a little bit. I like how she’s so cool and really intimidating. I didn’t know how it was going to work out. She ended up being so fucking awesome and crazy. She was super into it, constantly threatening to bend us over the bathtub. I’m not really sure what that entails, but I know she probably wasn’t joking. Under that pressure, the quarter really seemed to give their all. As soon as Korvette growls about kickin‘ life‘s big behind on “Waiting On My Horrible Warning“ you know you‘re in for a treat. “The Bar Is Low” has a riff that rattles and cuts like dull silverware. Korvette wails on about how every guy reveals themselves to be a shithead across entertainment, politics, and music. 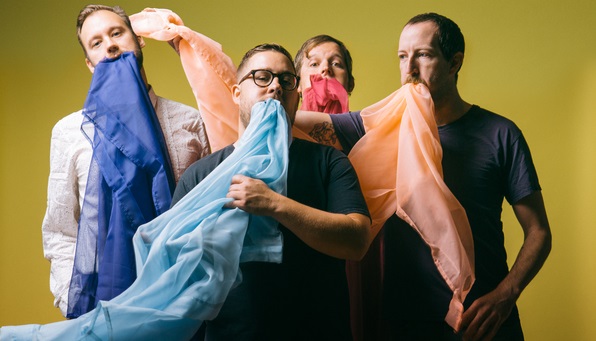 What really lets me enjoy Why Love Now/Pissed Jeans in general is the how they appeal to your baser instincts. “Love Without Emotion”-one of the strongest songs on the album-takes a dirtier Speedy Ortiz flare which pairs with a devoid, detached Korvette snarls the chorus, “I got love, love without emotion.” “I’m A Man” is an interesting “surprise” that I’ll leave for you to find out. “It’s Your Knees” shows Pissed Jeans embracing a heavy Queens of the Stone Age motif that hits hard.
You know it’s easy to love a band when they can write a “sexy” song that compares shitty relationships to yogurt that helps you shit. Therefore, I rest my case on what makes Pissed Jeans’ Why Love Now so special. While this album was recorded in 2016 it feels just as applicable today. It’s easy to label Why Love Now as Honeys:the sequel-and it is easy-but, Pissed Jeans make it easy to for a connection with the album. Shitty politics, locker room talk, internet trolls, and chauvinist assholes are all pressure points of the sane and informed. Korvette said, “A crucial thing, I think, for being a Pissed Jeans fan is just stemming from what I would take away from punk, which is, ‘Question things and think about things.’” I really have to agree.
Key Tracks: “The Bar Is Low” / “Love Without Emotion” / “Activia”
Artists With Similar Fire: Zig Zags / METZ / The Jesus Lizard