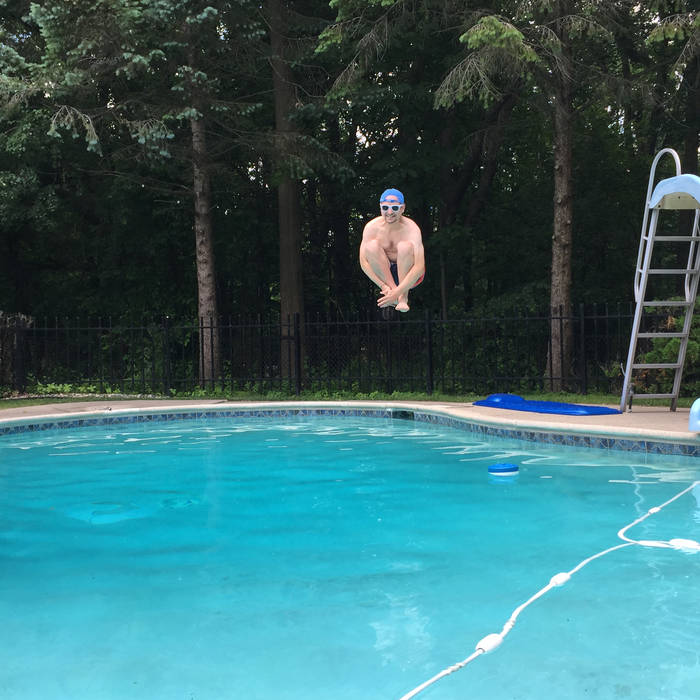 Fire Note Says: Joseph Airport keep things eclectic while upping the consistency.
Album Review: Joseph Airport released their first album just about 15 months ago, and in the time since then they’ve kept themselves busy. Several live shows (including an appearance at Heedfest) and the fantastic (but short) Zombus Walrie EP followed Stronger and Better, and the band apparently records tracks at nearly the same rate as their prolific patron saint Bob Pollard. Like that first album, Recording Lake Superior has been selected and sequenced by Pollard, and this time around the band have turned in a batch of songs whose quality is a step or two above the average last time around. While it’s not perfect, Recording Lake Superior is a conscious step forward, solidifying the band’s quirky personality and providing us listeners with some catchy, loose, and downright weird rock ‘n’ roll.
The album opens on a strong note with the power-pop drive of “Lend Me Your Ears,” which begins with a laid-back keyboard melody before launching into a distortion-laden psych anthem. Other early standouts include “Alcoholics Make The World Go Round” and the bizarro stomp of “Party Now, Study Later” (all too tempting for this graduate student). “Black Lettuce” is possibly the best tune other than the two that bookend the album (more on the latter shortly)—beginning with an ominous, fuzzy guitar riff, the track perfectly encapsulates the Joseph Airport tendency to marry fuzzy indie rock with oddball lyrics about French bread, red tomatoes, vinaigrette, and black (?) lettuce.
The second half of the record is no slouch, either—side A closer “A Chalice Of Fine Spiced Rum” chugs along with some acoustic strums over a set of mellow keyboard tones, “Stoned Witch” feels like slice of late 60s freak-folk a la Incredible String Band or Tyrannosaurus Rex, albeit it with a blast of distorted guitar and some typically cryptic Joseph Airport lyrics (“Come to your sensei / Hocus Pocahontas / She’s terribly fetching / How did she get so wretched?”). “Larosse Dresser” narrowly misses the coveted “Key Track” status, its Pavement-like guitar rock hooks and catchy backing vocals making it one of the band’s best tracks to date. “Would You Rather Fly With Diamonds Or Be Unconscious?,” “Blazed Engineer,” and “The Baby Variations” all have their moments as well, but things end on a definite high with “If I Had An Airplane (I’d Be There),” a minute-and-twenty-one-second blast of Byrds-esque jangle-pop.
With Recording Lake Superior, Joseph Airport are beginning to carve out their own bizarre little niche in the annals of indie rock. The record is sloppy at times, downright strange at others, but the enthusiasm with which the band tackles these seventeen tracks is contagious, and you’re guaranteed to latch onto a different track with every re-listen. That, combined with the band’s surreal lyrical sensibilities and memorable melodies make Recording Lake Superior a worthwhile gem for fans of 90s and 00s indie rock in the vein of GBV, Pavement, and Elephant 6 acts to investigate.
Key Tracks: “Lend Me Your Ears,” “Black Lettuce,” “If I Had An Airplane (I’d Be There)”
Artists With Similar Fire: Teenage Guitar / Neutral Milk Hotel / The Fiery Furnaces