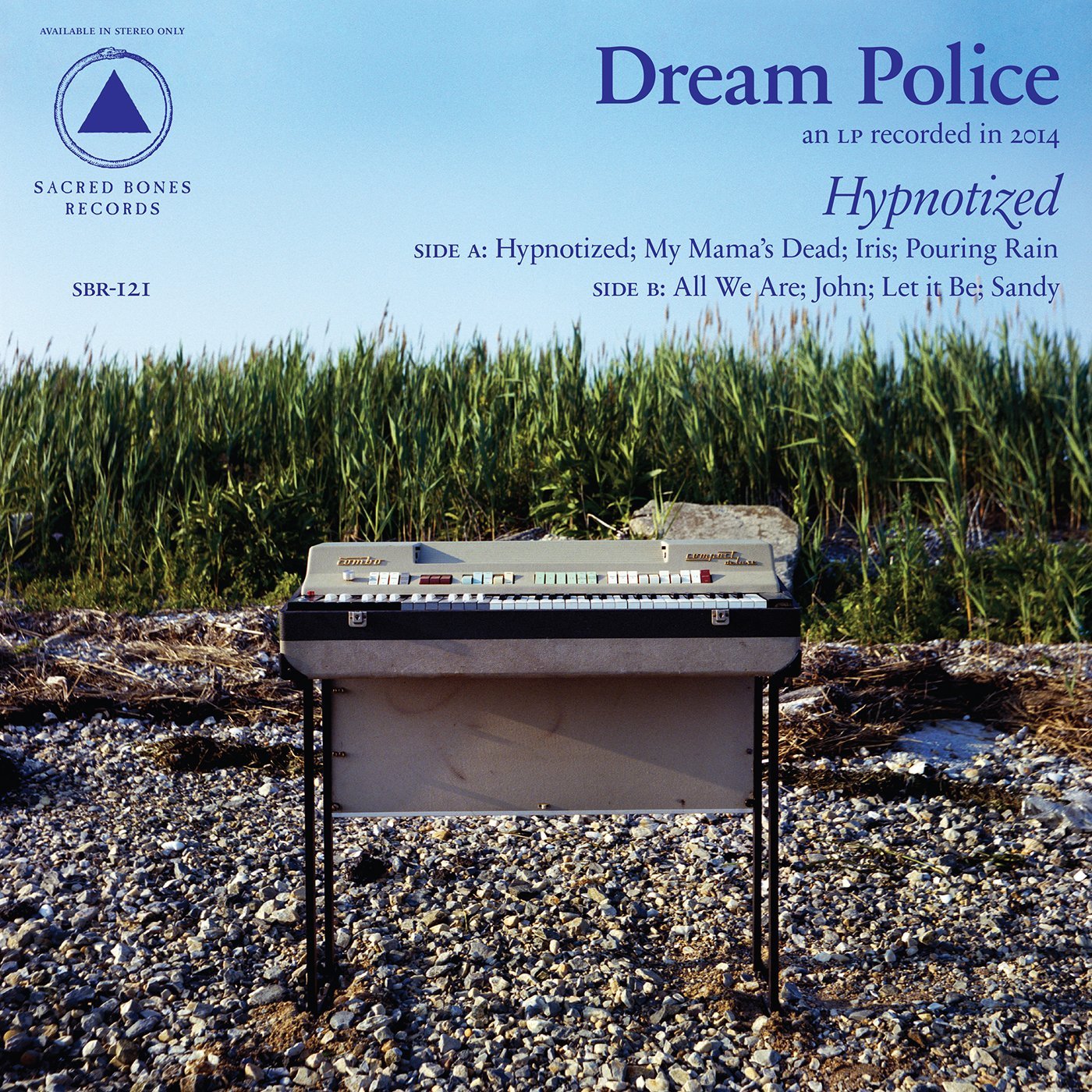 Fire Note Says: Mark Perro and Nick Chiericozzi of The Men debut new side project Dream Police.
Album Review: I hate to admit it, but I’ve never heard an album by The Men. I am quite familiar with label Sacred Bones catalogue, though: Moon Duo, Psychic Ills, Amen Dunes, Cult of Youth, Crystal Stilts, etc. etc. the newest addition to that catalogue is the Dream Police’s debut, Hypnotized. If The Men’s output ever raised the question of whether or not Perro and Chiericozzi needed a side project, five albums and two EPs in the past five years might seem to answer no. But not taking no for an answer, Perro and Chiericozzi’s down time since 2010 has been spent on Hypnotized.
While Perro and Chiericozzi have previously issued Dream Police material in limited-edition cassette runs, Hypnotized shows very little connection to The Men’s noise rock/post-hardcore tendencies. While I don’t own an album by The Men, I have heard individual songs, and Dream Police’s sound takes more cues from Sacred Bones’ psychedelic palette and beyond. Title track “Hypnotized” takes just as many cues from 80’s era ZZ Top as it does from any other influence, and “Iris” goes for a smoky room vibe with nods to Rose Windows, Black Mountain, and even The Mars Volta. From this point the two soldier on with drum machine in tow, doing their best Flock Of Seagulls impression; “Pouring Rain” speeds its synths and drums down a dark Miami highway with a wave of guitar noise you’d swear was Kevin Shields. “All We Are” takes the My Blood Valentine feel to a new level—you might even ask, “Could it be a lost Loveless or m.b.v. passage?” Final song “Sandy” pairs Chiericozzi and Brooklyn artist Holly Overton on an out of left field folk ballad that adds some confusion, but just as much beauty too. 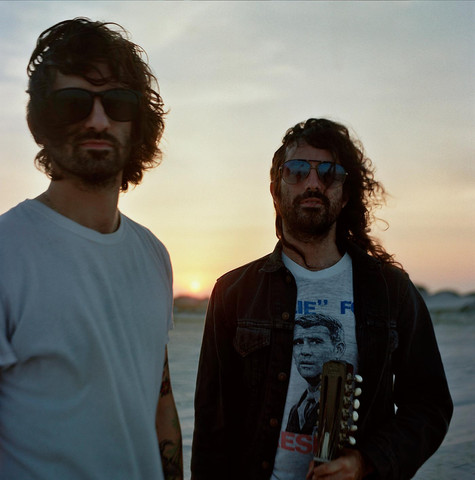 The biggest flaw that hampers Dream Police’s Hypnotized is song structure and length. The longer entries such as “Hypnotized,” “My Mama’s Dead,” “John,” and “Let It Be.” Each song shows promise with its grooves and pacing, but as each gets longer the memorable moments wear thin and the songs end up sounding like stretched out improv jams, or a hypnosis akin to label mates Moon Duo. It doesn’t work from me, but maybe Shadow of the Sun will fix that? If you have the ears to look past (or enjoy) the lengthy tedium and rapid turns, Hypnotized does have some good tunes. It just begs the question: should Perro and Chiericozzi rein it in or go even more freeform? It didn’t work on The Men’s New Moon, but maybe we’ll find ourselves hypnotized by their next release.
Key Tracks: “Iris” / “Pouring Rain” / “Sandy”
Artists With Similar Fire: Night Beats / Mourn / My Blood Valentine