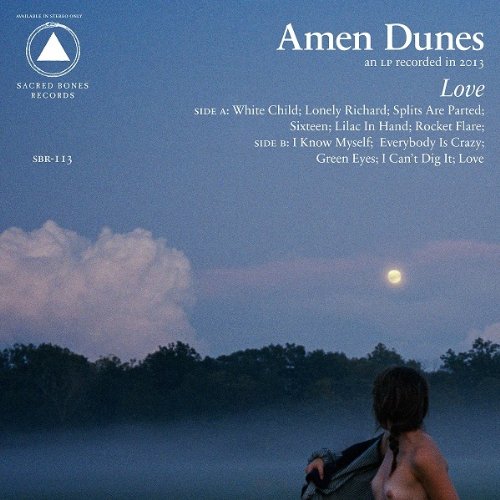 Fire Note Says: Amen Dunes creates their most engaging record to date.
Album Review: I like finding records that I can just sit down with. Sure, you can give me a windows down rocker anytime but everyone needs an album that challenges their ear, makes them question where the artist is going and forces you to hear it again. Amen Dunes fourth record Love is one of those albums.
Damon McMahon’s work as Amen Dunes has shown growth with each output. He has moved his moniker from the isolation of his debut DIA (2009) to the fuller sound of 2011’s Through Donkey Jaw, which still found his vocals hiding a bit behind a muffled effect. That brings us to Love, which once again finds Amen Dunes dropping the guard even farther and embracing the idea of using more musicians and highlighting McMahon’s vocals which pull you in with their sincere delivery. This new focus on the details changes the soundscape for Amen Dunes and helps create their most engaging record yet. The 70’s sway that comes out in the track “I Know Myself” is absolutely fantastic while the duet with Elias Bender Rønnenfelt of Iceage and Vår on “Green Eyes,” is an intense burning track that would never have been possible on Amen Dunes’ debut. 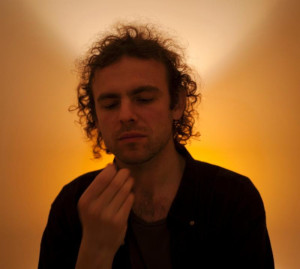 McMahon does not leave all of the muffled direction behind here as late album track “I Can’t Dig It” brings back a more static vocal that sits just under the instruments. It is a nice transition song that keeps things fresh on Love and reminds you that Amen Dunes is still Amen Dunes. It sounds simple but this track helps move everything full circle. Love also succeeds because McMahon pulls in members of Godspeed You! Black Emperor to play on several songs as well as Arcade Fire’s saxophonist Colin Stetson. The increased musical talent rounds out all of the edges on Love and where before you may have questioned what Amen Dunes fully brings to the table – the answer is in this album’s 50 minute running time. It is an album to play more than once and is a collection of songs that will stay in my mix for the rest of year!
Key Tracks: “Lonely Richard”/ “Lilac In Hand” / “I Can’t Dig It”
Artists With Similar Fire: Wooden Wand / Syd Barrett / The War On Drugs