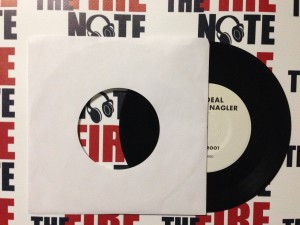 It’s finally over; the dust has settled as the 20th anniversary celebration of The Breeders Last Splash is now over. Or who knows, is it? We’ve heard rumblings, ramblings, and seen the pictures of Kim and Josephine playing together but, that’s not why we’re here. Way back in October Kim graced us with the third entry in her 7” solo series. The A-side was a heartwarming song “Are You Mine” which was about Kim’s mother dealing with Alzheimer’s. The B Side was a lax instrumental themes of crashing waves and pink painted sunsets-(Featured Here) 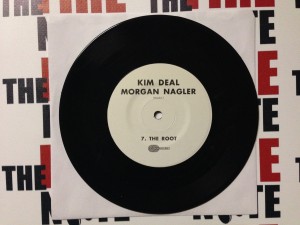 Now some months later The Fire Note was lucky enough to come across the 4th entry in the series. Featuring Kim paired with singer/sometime actress Morgan Nagler this edition pairs A side “The Root” with B Side “Range on Castle.” “The Root” comes accompanied by another video where Kim proves in a lot of cases – simplicity is usually best. Taking tribal rhythms and ramshackle indie guitar credit, Nagler and Deal intone, “I’m happy for you / But I feel like crying.” They keep it catchy on the chorus as Nagler bounces along with a playful “ooh ooh ooh ooh ooh.” “Range On Castle” takes an interesting date at a shooting range in Huber Heights, Ohio and turns it into a floaty indie waltz that pairs the two closely with Deal’s past works as The Breeders come to mind.

The presentation here is no different than other entries in the Kim Deal Solo Series. Limited to 1,000-still available, cut in black wax with a plain white die-cut sleeve, with track numbers seven and eight showing that they are part of the series. If you’re not in it for the limited availability then I recommend picking up the Artwork version of the release. Deal has always proven that this series is well worth the wait. The 4th is no exception. It only excites us more for next edition which will feature the Steve Albini produced “Biker Gone” and the Britt Walford-Slint drummer and early member of The Breeders lineup-accompanied “Early Girl.” 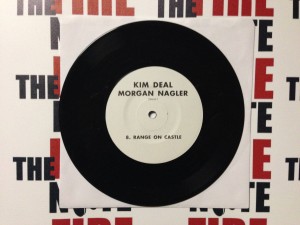