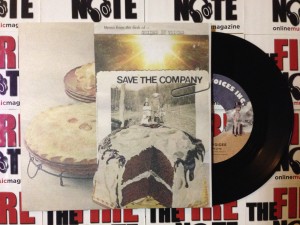 Anybody ready for Guided By Voices latest full length Motivational Jumpsuit? Well you should be as this first single from the record is sure to get your GBV blood pumping. The other good news is that “Save The Company” is the first out of five 7-inches being released officially January 21 before the full length album hits shelves February 18th. 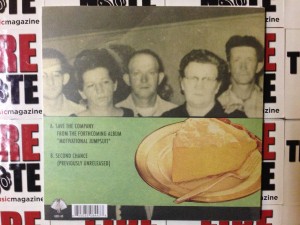 The A-side, “Save The Company,” is an anthematic slower power track that shines with its slow guitar intro and Pollard’s slightly echoed vocals. The title of the song will implant in your head as Pollard salutes and lets out the last “Save The Company” while the song fades out with Bob still singing. The B-side is a previously unreleased track from Tobin Sprout titled “Second Chance.” The song is very different from Sprout’s other work as its structure is somewhat noisy, has muddied vocals and never moves away from its continuous monotone chords. 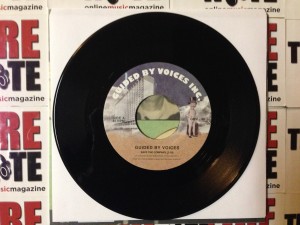 The jacket here is a normal cardboard cover with collage art on the front and back. This 7-inch is on black wax with the standard GBV labeling and limited to a 1000 copies. Pre-orders will be going up tomorrow so stay tuned to Rockathon Records for more info.
Guided By Voices Website
Guided By Voices Facebook
Rockathon Records
-Feature by Christopher Anthony