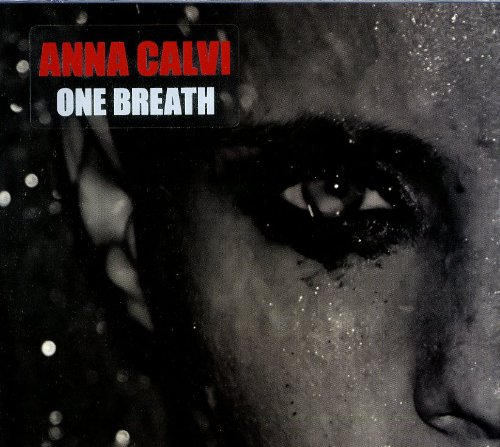 Fire Note Says: Anna Calvi proves why Brian Eno called her “the best thing since Patti Smith.”
Album Review: On Anna Calvi’s self-titled debut she drew comparisons to PJ Harvey, Jeff Buckley and (what?) even Bruce Springsteen. However, her virtuoso guitar playing and Edith Piaf-esque voice defied those kind of easy take-aways. The album was nominated for the Mercury Prize and I had it as the #5 album of 2011. It balanced guitar hero histrionics with all out vocal drama. The drums were Phil Collins big and the songs had gigantic choruses. So how does an artist with that kind of debut attempt to better herself? With surprising ease, as it turns out.
As much as critics linked Calvi to Polly Jean, I always felt St. Vincent was a closer approximation. Starting with the Fender guitar super-glued to each and continuing with their ability to make very unique music that also feels familiar. Art with commercial appeal. And at 33 year old, she is no spring chicken, bringing to her songs a wealth of world-weariness. In a sense she harkens back to early Nick Cave with his observational detail and emotive dark alleys. With One Breath Calvi has toned down the anthems in favor of more nuanced song structure. Her love of Debussy and Ravel can be heard, especially on the record’s mellower second half. Side One is for the hits! (There are no hits to be found here…) 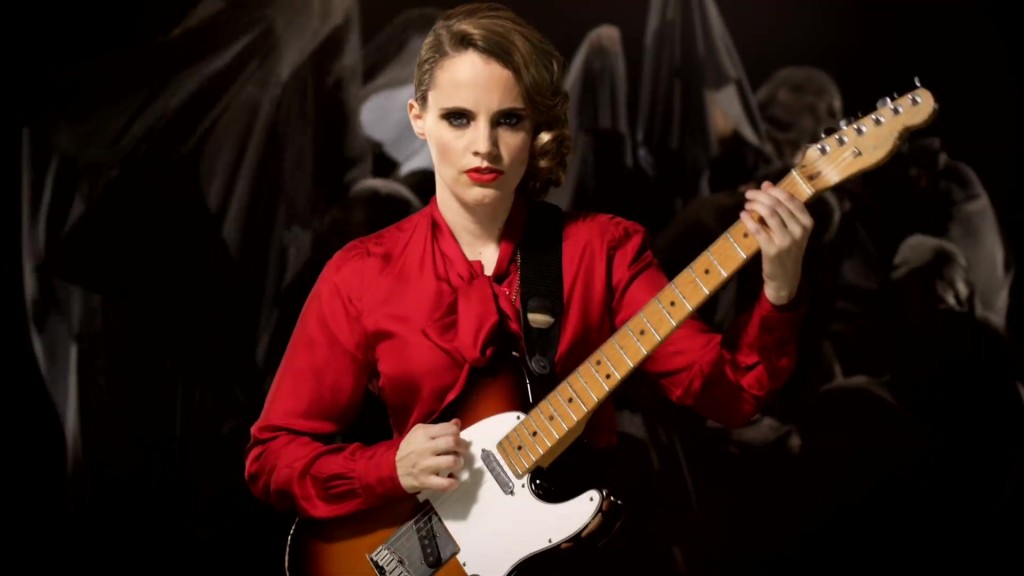 Calvi wastes no time in kicking things off. Unlike her first album which unfurled slowly, this one is front-loaded to wonderful effect. “Suddenly” tells the tale of fleeting love: “I stand on the edge of silence/Better confess/ It tastes like I’m Leaving.” The single “Eliza” is another twisted love song that features one of the better guitar solos I’ve heard all year. It functions the same way “Desire” did on the debut – a sing-along tune that should be a huge hit somewhere and (thankfully) never will be. Album highlight “Piece By Piece” follows and is the most interesting song she’s ever done. It’s experimental yet memorable, her voice often a hushed soprano interrupted by snarling guitars and electronica. The element of surprise is employed in “Cry” as the calm is pierced (briefly) by a noisy rock band and the song retreats again. Another stand-out track is “Sing To Me” which calls to mind Kim Deal’s vocal’s in “Where Is My Mind.” Distant and gorgeous. The song builds with strings only to come back to earth and that damned apparition reappears.
Elsewhere, Calvi is comfortable stretching out with unexpected diversity. There’s the psych rock of “Tristan” and the delicate title track. One Breath ends with the Julianna Barwick inspired “The Bridge.” After all that precedes it the song at first disappoints but Calvi is just showing off a little. And what better way to end a fine, cinematic album than with a little exit music. She has claimed an interest in doing soundtrack work in the future so this is her audition for that. As for the rest, One Breath is a stunning album from one of indie’s brightest new stars. It corrects the only shortcoming of her previous record – a bit of sameness did creep in. Not so this time around and I for one cannot wait to see where she takes us next.
Key Tracks: “Eliza”, “Suddenly”, “Piece By Piece”
Artists With Similar Fire: St. Vincent / Charlotte Gainsbourg/ Kate Bush