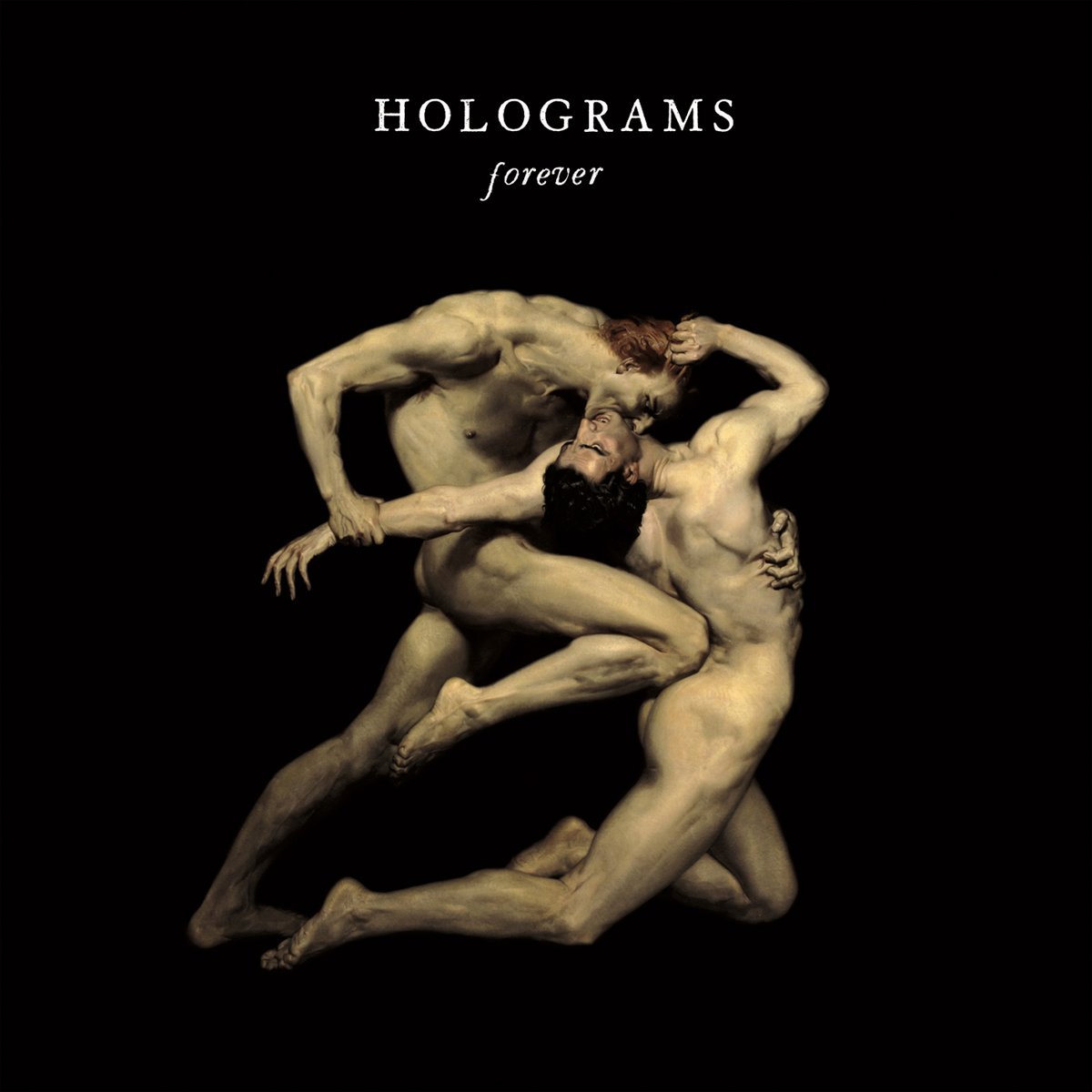 Fire Note Says: Swedish post-punk band proudly fly the Factory Records flag on solid second album.
Album Review: Stockholm is usually perceived as a peaceful, almost Utopian, place. That image was shattered after ten days of intense rioting in May of this year as immigrant youth took to the streets – setting fire to cars, schools and a police station. It would seem that even a city as idyllic as Sweden’s capital has a dark side. Now I would assume that Forever was written and recorded well in advance of those events but the underlying dissatisfaction was no doubt evident. After touring exhaustively in support of their 2012 debut, Holograms returned home broke and disillusioned. No money, no jobs – just the sort of thing that awaits many indie bands. The rush of the stage replaced by the dead of cold-ass Sweden in winter. With that in mind it really comes as no surprise that they return with a dark, gloomy outlook.
Before even listening to it one gets Dante And Virgil In Hell on the album cover. All the background is removed and traded in for solid black. On their self-titled debut Holograms were content to let synths rule the roost. It gave their brutal sound a kind edge. They have been pushed into the black background as well. What’s left is a whole lotta Joy Division and Seventeen Seconds era Cure. Of the two singers who share vocal duties, one of them, Andreas Lagerstrom, even sounds like Robert Smith. But much like fellow Scandinavians Iceage, the Nordic metal that dominates the music sensibilities of that corner of the world keeps things lively enough. This is most obvious during the first half of Forever. “A Sacred State” comes roaring out of the gate with terse guitar and simple punk rock drum beat. In spite of its quick tempo it still sounds stilted and the vocals only add to the feeling of isolation – as if singing to a chilly fjord under perpetually grey skies. “Flesh And Bone” continues in much the same mode but with something approaching a hook. Clearly catchy choruses aren’t this band’s forte. But they more than make up for it with sheer moxy. The next song, “Meditations,” is, for my money, the best track here. And as fate would have it, it is the one tune with a focal point: “Destruction!!!” being sung repeatedly in the song’s refrain is really cool and is the album’s most memorable moment. 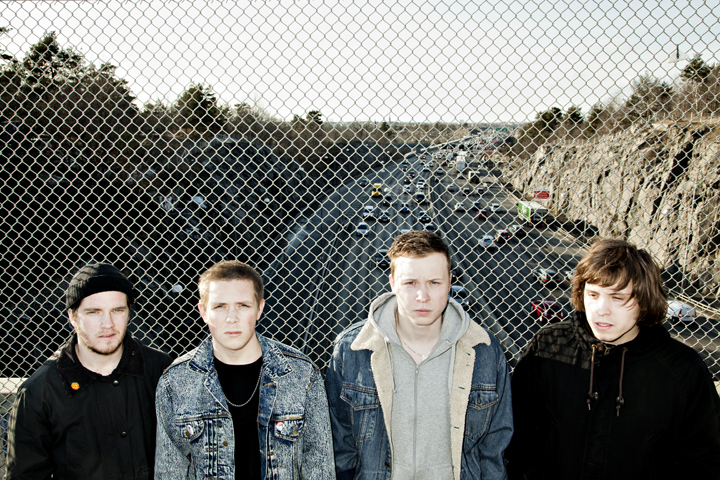 From there the ghost of Ian Curtis hangs over the proceedings. “Attestupa” is about a cliff where the old throw themselves to their death. The hook “I’m so tired” has strange power given its overuse through the years. “A Blaze On The Hillside” caught my ear as it could double for a Killing Joke b-side. The record ends with a track that could point the way to a new direction for Holograms. “Lay Us Down” takes a strict song structure and deconstructs it in odd dynamics and by the last minute it’s almost as if they had forgotten they were “post-punk.” It’s a welcome diversion and illustrates the album’s most glaring weakness – a creeping sense of sameness. Taken as a whole, I do prefer this over the first album. It is definitely more listenable and has stronger songs. Maybe by the time album number three comes along they’ll have jobs or girlfriends or whatever. A sunnier disposition couldn’t hurt any. As it stands, Holograms distinguishes themselves just enough in a very crowded field.
Key Tracks: Flesh And Bone”, “Meditations”, “Lay Us Down”
Artists With Similar Fire: Iceage / Lower / Savages
Holograms Website
Holograms Facebook
Captured Tracks Records
-Reviewed by Scot Lade