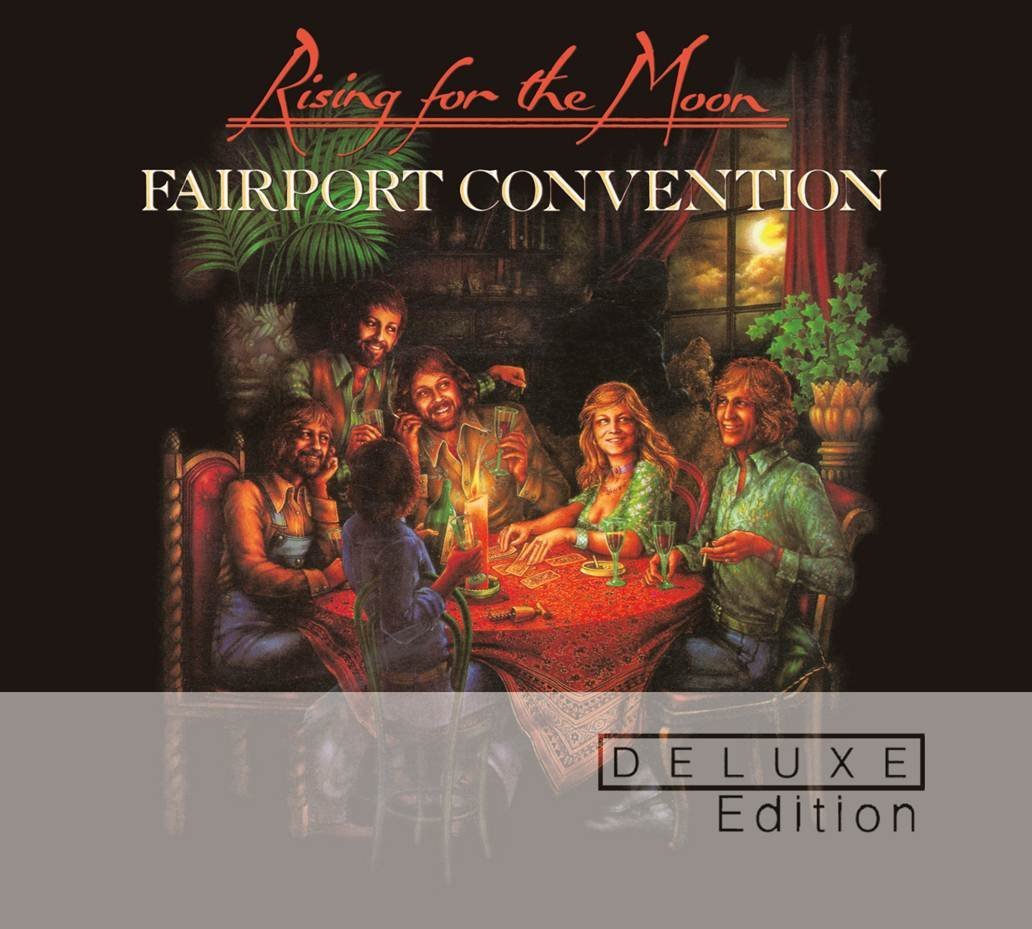 Fire Note Says: Fairport Convention’s last album with Sandy Denny gets the deluxe treatment.
Album Review: Fairport Convention are often credited with inventing folk rock—the British flavor of folk rock, that is. Their trilogy of 1969 albums with lead singer Sandy Denny—What We Did On Our Holidays, Unhalfbricking, and Liege and Leif—are classics of the genre, perfectly blending traditional folk melodies of the British isles with the electric rock sounds of the late 60s. Denny left after that trilogy and formed her own band Fotheringay, only to return to the fold for 1975’s Rising for the Moon, the last album she would record with the band. While it isn’t as strong as the other albums Denny made with the group, Rising is more than deserving of a second look, something Universal’s new deluxe reissue provides.
The deluxe edition of Rising for the Moon includes the complete original album on disc one along with some archival bonus tracks. The album itself features a slightly more mainstream sound than the 60s trilogy, but the band is clearly still firing on all cylinders and is still coming up with fantastic songs. Highlights include the title track opener, with its high-energy fiddle runs, pedal steel and stately vibe, as well as the tracks where the other band members get to exercise their vocal chords (“Restless,” “Let It Go”). The final track, “One More Chance,” is a longtime favorite of Fairport fans, and with good reason—its epic, nearly eight-minute running time allows it to go through several sections, from the piano-ballad opening stanzas to the moody, almost Pink Floyd-esque symphonic rock of the middle section. The bonus tracks on the first disc include alternate versions, demos, and a track from a TV appearance, the best of these being Denny’s home demo for the album’s hidden gem, “After Halloween.” 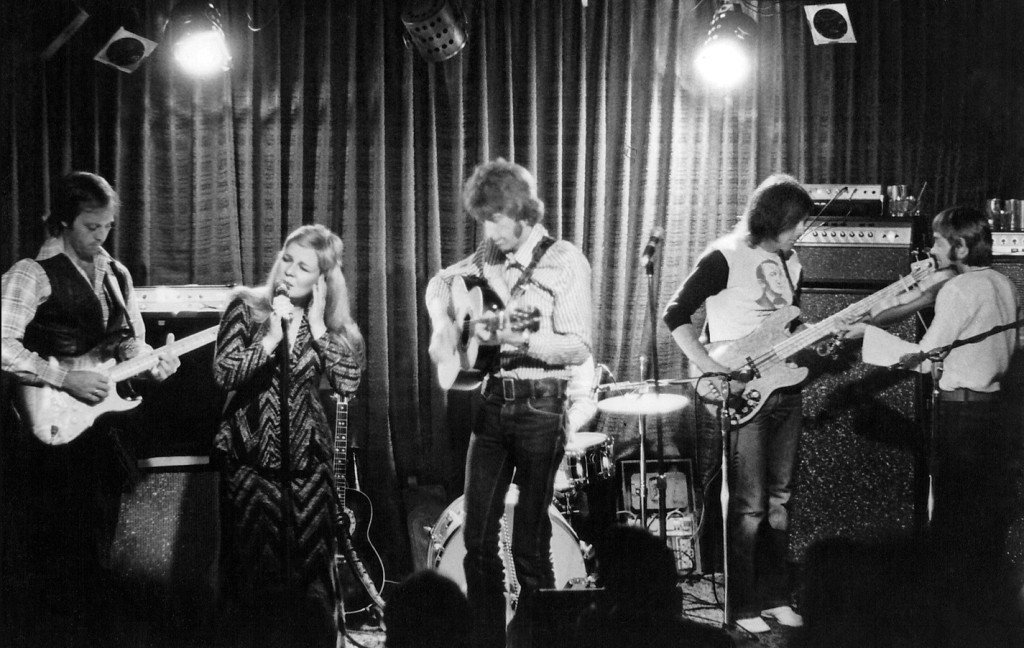 The second disc contains a complete concert with this lineup of the band, taken from their performance at the LA Troubadour in 1974 a few months before the album’s release. The show sounds great and the setlist is diverse, including Fairport classics like “Matty Groves” and “Who Knows Where the Time Goes,” Bob Dylan covers (a Fairport tradition, here in the form of show opener “Down in the Flood” and “Knockin’ on Heaven’s Door”), traditional folk tunes, Sandy Denny solo numbers, and even a rollicking version of Buddy Holly’s “That’ll Be The Day.” The band seems to be having a good time throughout, and while there’s nothing earth-shattering about the show, Fairport fanatics will be glad to have it—especially since it represents Denny’s last stint with the band.
While Rising for the Moon has never had a bad reputation per-se, this deluxe reissue provides a great opportunity for fans, especially those who aren’t familiar with the band’s output beyond their classic trilogy, to dive deeper into their catalog. While it may not be as groundbreaking as their earlier work, Rising for the Moon is an essential addition to any fan’s collection and the album’s strength is only reinforced by the wealth of bonus material on offer.
Key Tracks: “Rising for the Moon,” “After Halloween [Home Demo],” “One More Chance”
Artists With Similar Fire: Donovan / Jethro Tull / Joni Mitchell
Fairport Convention Website
Fairport Convention Facebook
Universal Music Group
-Reviewed by Simon Workman