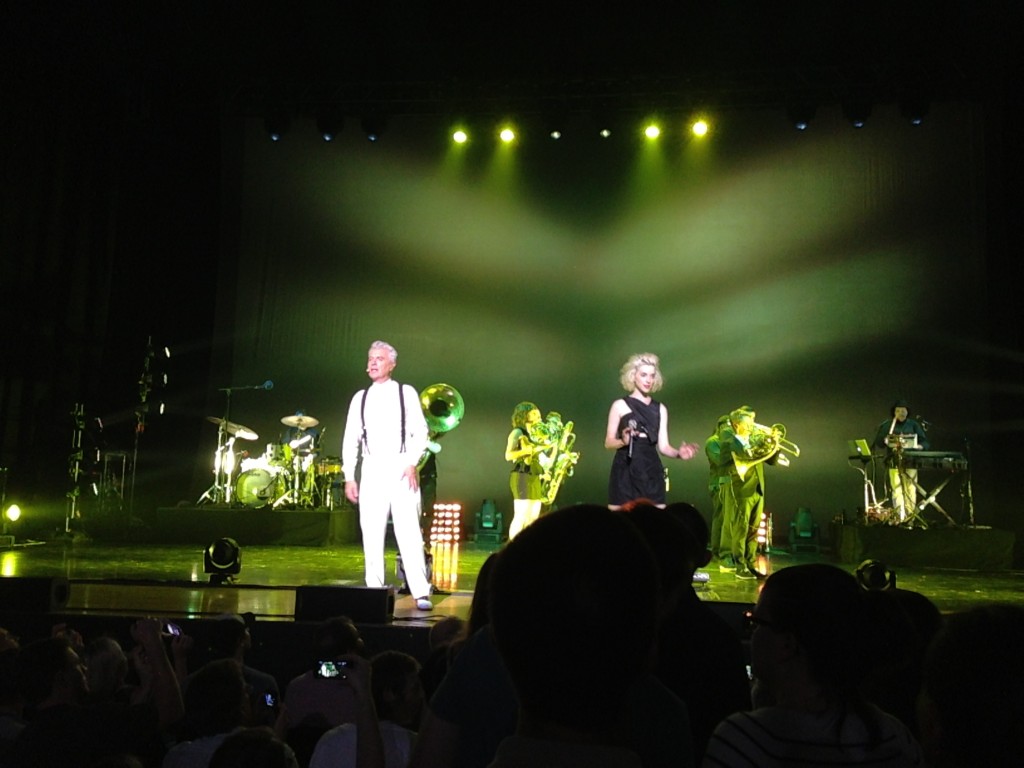 What do you get when you combine a one-of-a-kind living legend, an up-and-coming guitar heroine, and an eight-piece brass band? An unforgettable night on the Love This Giant Tour, the live iteration of the excellent David Byrne/St. Vincent album of the same name. Featuring a slew of Love This Giant tracks, St. Vincent solo songs, David Byrne favorites and Talking Heads hits, the Taft Theater in Cincinnati was packed with fans when The Fire Note caught the band on their July 10th show. 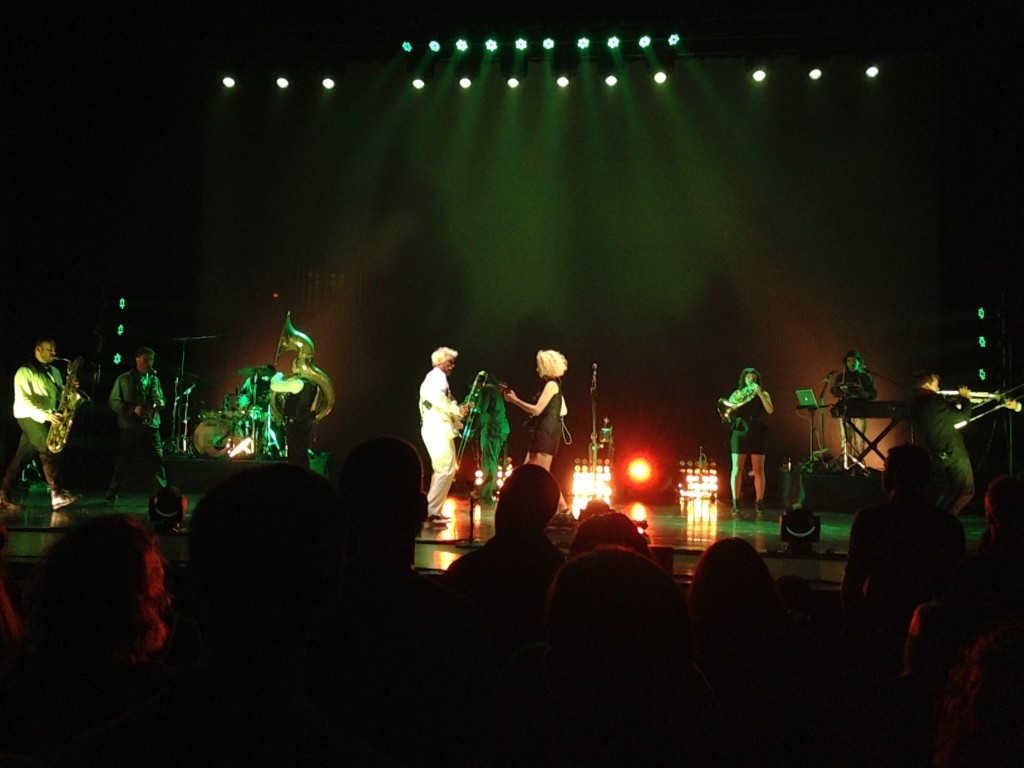 After a backstage introductory announcement from Byrne, who encouraged the crowd to take pictures but not to “watch the show through an iPad six inches in front of your face,” the band kicked off with lead single “Who,” which was just as potent and danceable as the studio version. A sharply-dressed Byrne sang and occasionally played guitar while Annie Clark (a.k.a. St. Vincent) slashed her way through the set, singing and playing on every one of the eighteen tracks and both two-song encores. There were a surprising number of St. Vincent solo numbers (about a third of the songs played), and a lot of them worked extremely well with the brass backing, which was another highlight of the show. There were a number of David Byrne surprises as well, including a fantastic version of the David Byrne/Brian Eno track “Strange Overtones,” solo tune “Like Humans Do,” and X-Press 2 collaboration “Lazy.” There were a number of Talking Heads songs too, from “This Must Be The Place (Naive Melody)” and “Wild Life” to encores “Burning Down the House” and “Road to Nowhere.” All four were great, though you got the sense that the crowd, whose average age was higher than that of the typical St. Vincent show, wouldn’t have complained had they played more. 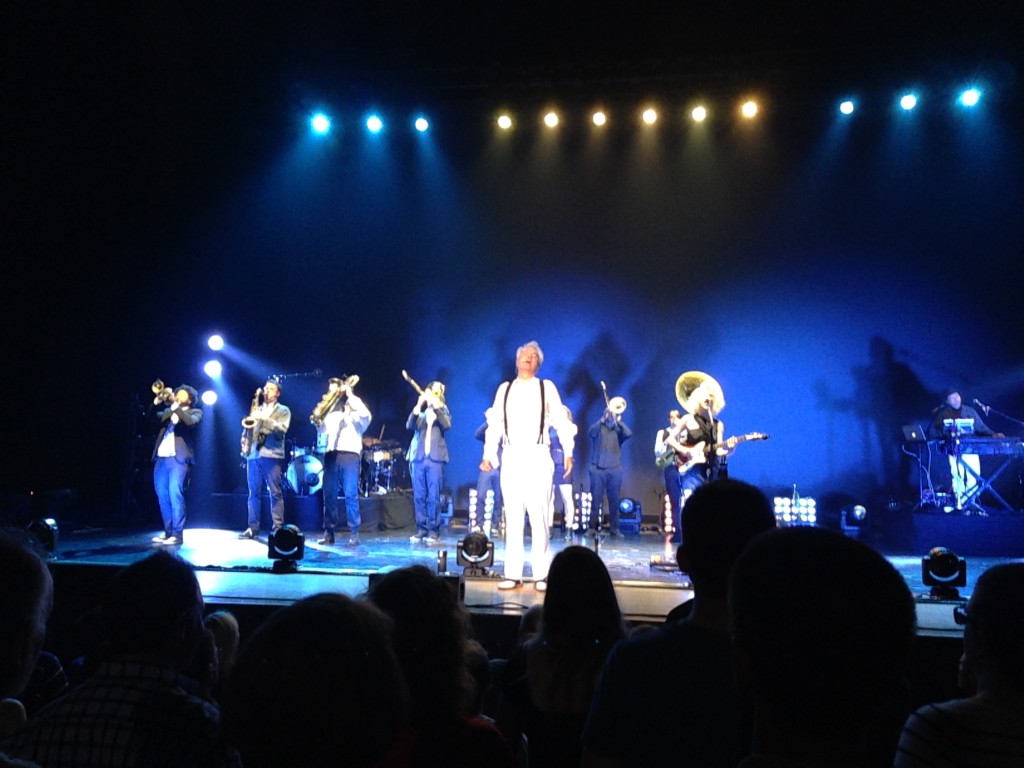 One of the main reasons to see this show live, in addition to the songs played and the extremely talented band who plays them, is the choreography. Each song has its own set of unique “body movements,” which range from the band parading around the stage and taking turns helping sing the chorus of “Wild Life” to complex, marching-band style maneuvers. The moves turned what would’ve been a great show on its own into a truly unique experience, something for which it seems David Byrne has had a knack for a while now. 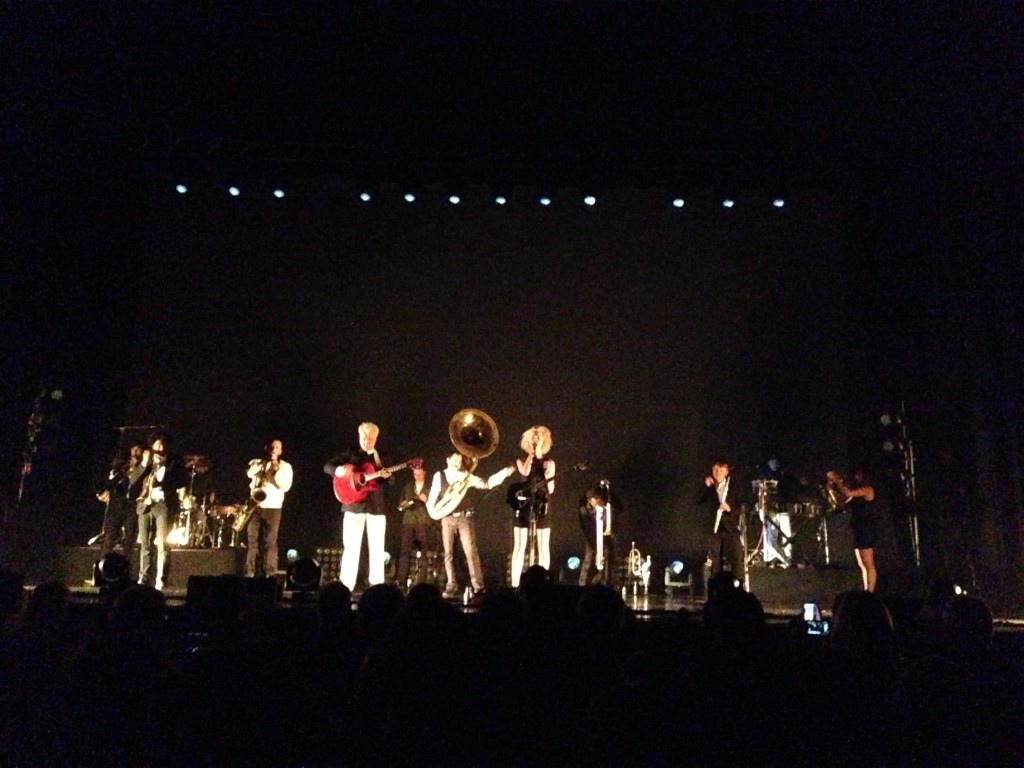 There were no opening acts, and though the show started a bit later than anticipated, the twenty-two track set lasted nearly two hours. Some in our group were disappointed that they didn’t play every song from Love This Giant, but the sheer number of tracks played more than made up for it in my opinion. We had great seats—Row “E,” dead center—and the sound was crystal clear throughout the show. (The only negative, no fault of the band, was a single fan and his entourage in the center of the front row who stood the entire show—I’m all for standing at concerts if everyone else is too, but considering most of the people around us were sitting, it was a little awkward having to stay standing.) If you’re a fan of this album or either of the artists involved, don’t hesitate to grab some tickets if it makes a stop near you—the music, atmosphere, and choreographed dance moves make for a concert experience as idiosyncratic as the artists involved. 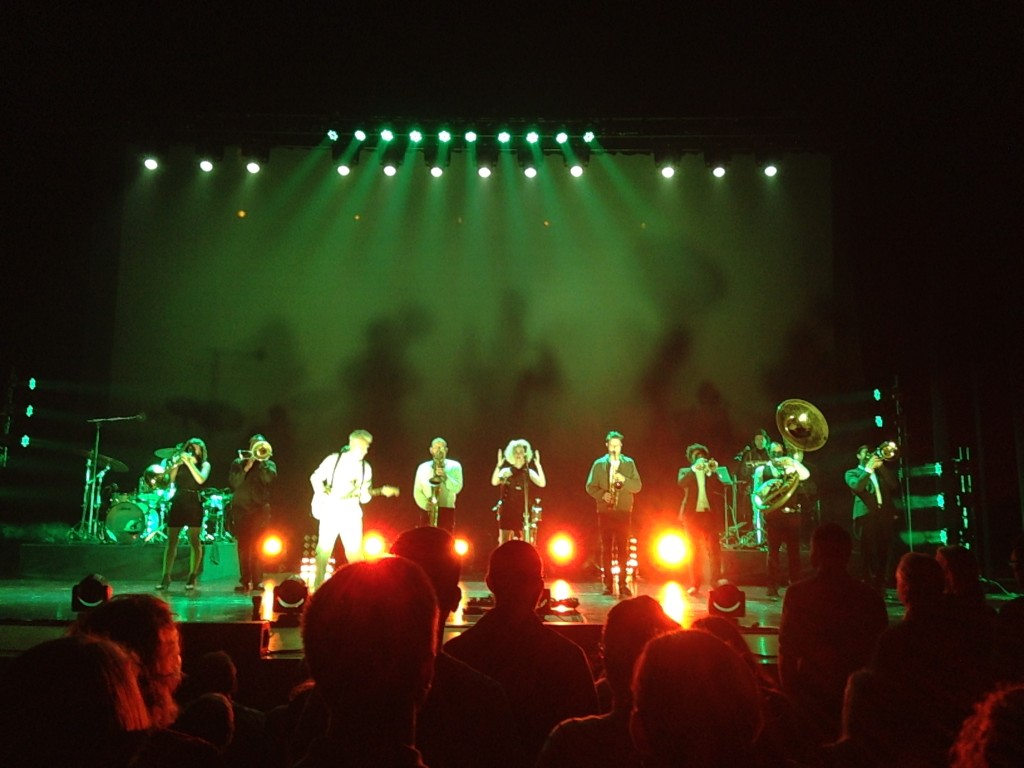