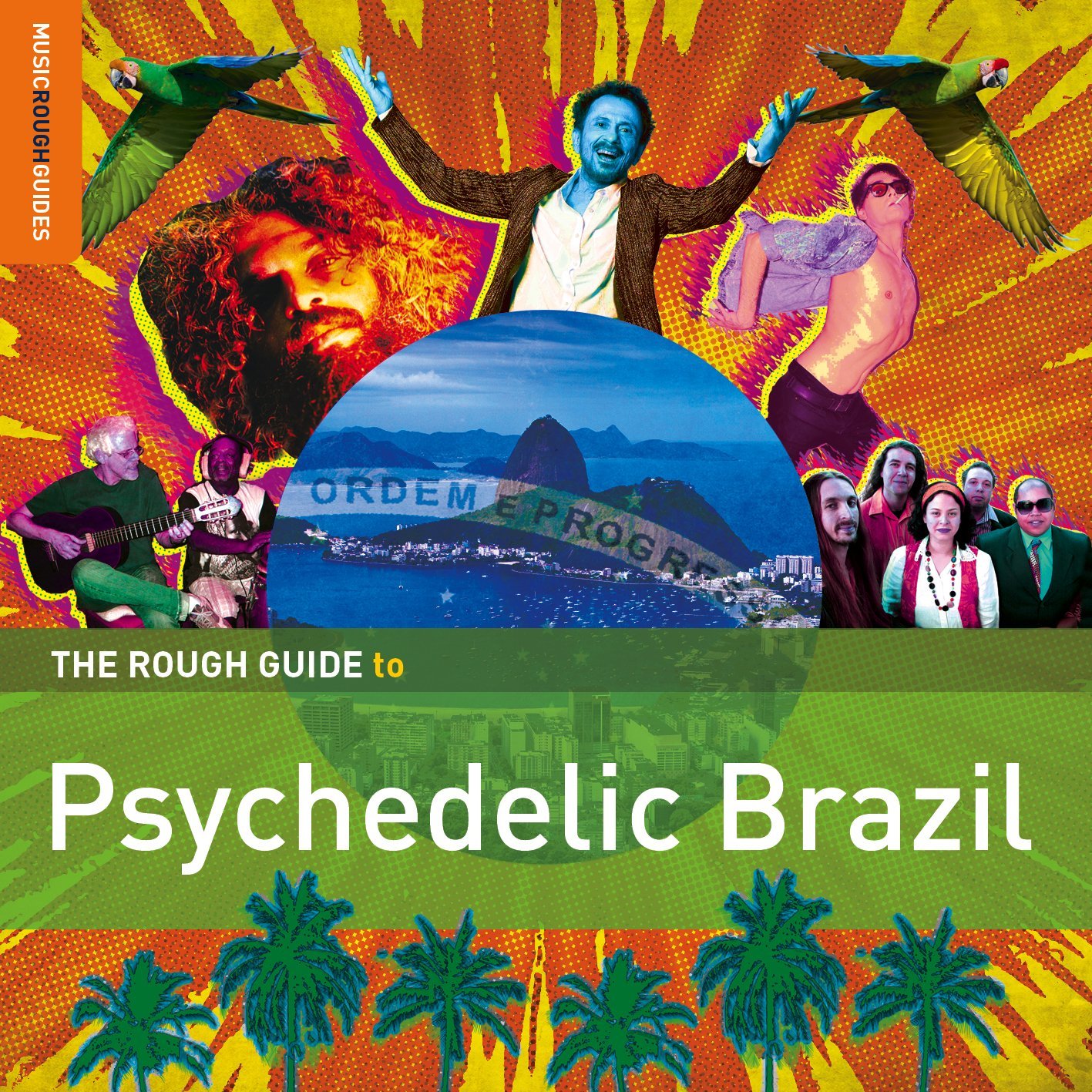 Fire Note Says: An excellently sequenced compilation that showcases the genre’s diversity and creativity.
Album Review: One of several collections released by World Music Network for Record Store Day 2013, The Rough Guide to Psychedelic Brazil has a lot in common with its sister release, which I also reviewed (The Rough Guide to Latin Psychedelia). It’s ten tracks and covers a wide spectrum, bending the rules of what “psychedelia” can be. But the difference on Psychedelic Brazil is that the tracks (selected by John Armstrong) are stronger, more diverse, and focus much more on sonic experimentation. Considering my previous exposure to this genre came in the form of the absolutely insane musical innovators Os Mutantes, I was ready for just about anything and was not disappointed.
The set opens with Laranja Freak’s “Alergico De Flores,” a shimmering slice of prime 60s-style psych that is reminiscent of trippy mid-period Beatles tracks like “Day Tripper” and “Ticket to Ride.” Following that track is Brazilian psych/tropicálía legend Tom Zé, whose “Uai-Uai – Revolta Queto-Xambiá” skitters along with chopped up horn samples, synthetic bass lines, and tribal vocals. It instantly erases any expectations you might have had based on the previous track, signaling that anything goes here. Next up is Siba’s “Cantando Ciranda Na Beira Do Mar,” a minor key cut that sounds fairly conventional at first, but the distorted keyboards that join in about halfway through and some “haunting,” echoing vocals in the chorus keep things interesting. Quintal De Clorofila’s mostly instrumental “Jardim Das Delicias” begins with droning synths and sounds like something off a Flaming Lips album, that is until the layers of acoustic guitars and (what sounds like) sax come in, giving the track a proggy feel that calls to mind Wish You Were Here-era Pink Floyd. When the vocals do come in, they’re understated, just another layer in the mix. Closing side one is “Nordeste Oriental” by Lula Côrtes, a pastoral instrumental that features intriguing sound effects and every vaguely “trippy” instrument you can think of, creating a concoction that sounds like a lost psychedelic classic.
Opening side two is Baby Do Brasil’s “O Jarro,” a modern take on the psychedelic formula that not only includes plenty of sitar and smoky female vocals, but sampled beats, a rapped middle section, synth strings, and so many layers it’d take you dozens of listens to unravel it all. One of two tracks from 1970 appears next, in the form of Liverpool’s “Renata.” Apparently “one of the first ever reissues” of an “obscure EP-only track,” the song has a mellow vibe, featuring more sitar and highlighted by some excellent guitar work. It’s followed by Lucas Santtana’s “Cá Pra Nós,” a melancholy ballad that incorporates some Spanish-style acoustic guitar work with some interesting sonic effects. Graveola’s “Lindo Toque” is up next, an upbeat tune with jazzy flutes, odd background noises and nice vocal harmonies. Closing the collection is the second 1970 track, José Mauro’s “Obnoxious.” Its intro sounds like something out of a late-60s TV show soundtrack, but it quickly gets a bit more lysergic, with lots of bongo work and tense orchestral backing.
Like its companion collection, The Rough Guide to Psychedelic Brazil doesn’t give a comprehensive overview of the genre, but it does provide a well-chosen and well-sequenced collection of ten tracks you probably never would have stumbled upon otherwise. Compared to The Rough Guide to Latin Psychedelia, it has much more variety while at the same time sounding more deliberate and focused, and it’s an album that holds its own against other compilations of obscure psychedelic material—in other words, it’s a whole lot of fun. (Like The Rough Guide to Latin Psychedelia, the LP comes with a download code for bonus tracks and a bonus album—this review only covers the ten tracks on the LP.) 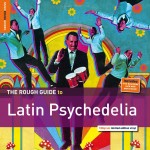