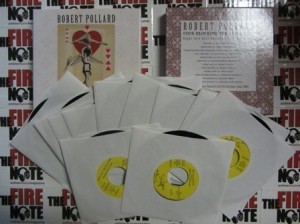 The Cock Blocking The Romantics Singles Collection features twelve 7-inch singles that originally were released independently from Robert Pollard as a monthly series back in 2007-2008. The A sides are songs from Robert Pollard’s 2007 simultaneous releases on Merge Records, Standard Gargoyle Decisions and Coast To Coast Carpet Of Love, while the B sides are non-album tracks. You can see the track listing for each 7-inch HERE. 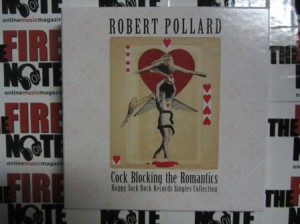 Like all of Robert Pollard b-sides (and songs in general) you get a wide range of styles here that fall into mid-tempo rockers like “Coast To Coast Carpet Of Love”, power pop romps such as “Piss Along You Bird” and the more acoustic lo-fi strums of “Spirit Of The Fly”. There is also the John Shough version of the Pollard penned “Sixland” (which appeared on Guided By Voices Suitcase 3) as a b-side to “Count Us In”. “Sixland” is a track that I have always thought had great potential for Pollard with its very early GBV sound. 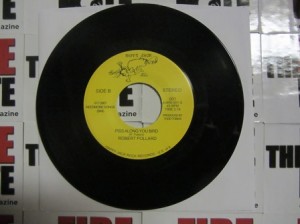 For some the high point of this set will be the art designed box that houses the 7-inches. The box set is limited to just 300 copies and the singles are pressed on black wax and housed in standard plain white sleeves. You also will receive a download card for the b-sides only. For fans that have already purchased these singles Rockathon Records has you covered as this collector box will be available for purchase separately. 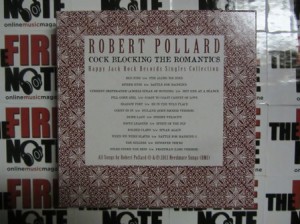 Originally there were 1000 each of these singles pressed but the b-sides were not available digitally until now. This singles collection will be out tomorrow on Record Store Day and should be one of the harder titles to find with such a low pressing so if you see one – you should grab one!
Robert Pollard Website
Robert Pollard Facebook
Rockathon Records
-Feature by Christopher Anthony