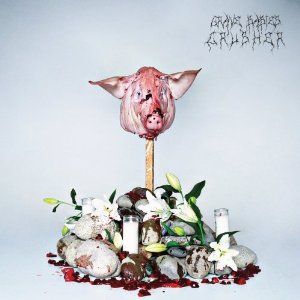 Fire Note Says: Far from perfect, but equally far from terrible.
Album Review: Here’s the thing about Grave Babies’ Crusher: I couldn’t tell you how many times I replayed this album. I couldn’t decide what to think about it: do I love it or hate it? I have a feeling this is going to be the case with many people who tackle the record. After countless listens, I decided that I definitely don’t hate it, but I don’t think it’s going to be my favorite album this year.
The recording quality is extremely lo-fi. With the way the vocals sit far in the background and guitars that have more fuzz than a moldy peach (and no, that’s not a Kimya Dawson reference), it sounds like it was recorded with junk equipment through broken microphones. One of the other things that bothered me were the interludes. The album contains four interludes, each titled with the corresponding Roman numeral, which divert from the sound of the rest of the record. The opener is one of these, which begins with a distorted power chord that morphs into a trippy, heavily modified voice that has been slowed down and possibly played backwards to create a low-toned soundscape. This is then followed by “Over and Under Ground,” which presents the lo-fi gothic wave sound that the band actually represents. These shifts cause the album as a whole to lack continuity. 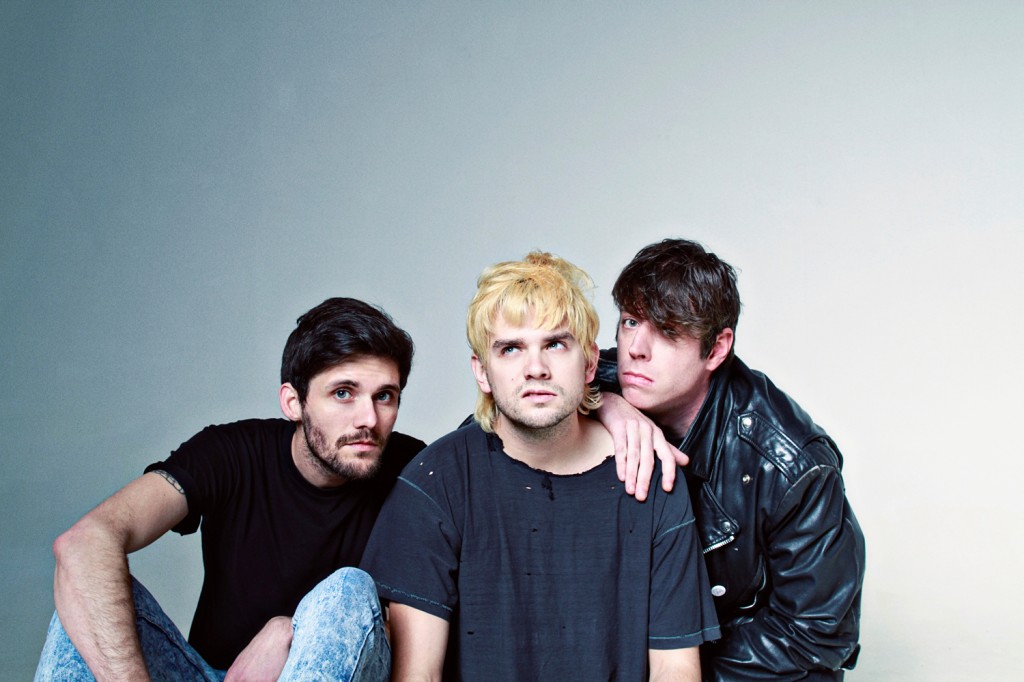 But Crusher is not without its crowning moments. It’s worth listening to the entire album just to hear my stand-out track pick: “Slaughter.” It has an entrancing, heart-breaking vocal melody overlaying the minimalist guitar and brilliant synth riff, which will be as stuck in any listener’s head as much as it is in mine. Another great track is “Hate Repeats,” which has a very interesting electronic beat partially hidden by the high-treble guitar line.
So it’s not all bad. Like I said at the beginning, you’ll most likely either love it or hate it. It’s not a perfect record, but within its rough edges you can still find some strong tracks.
Key Tracks: “Hate Repeats”, “Prostitution”, “Slaughter”
Artists With Similar Fire: Joy Division / King Tuff / The Moldy Peaches
Grave Babies Website
Grave Babies Facebook
Hardly Art Records
-Reviewed by Christian Yates