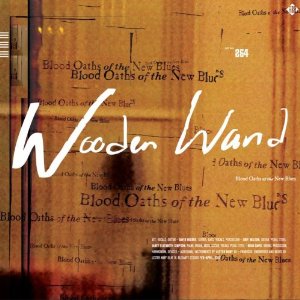 Fire Note Says: Put on the headphones, turn out the lights, and enjoy the new Wooden Wand record!
Album Review: I didn’t see this one coming at all. When I looked at the list of upcoming albums I thought, “I’ll give the new Wooden Wand a go”. Having previously only heard Gipsy Freedom, which was a full blown freak folk jam blowout, and Harem of the Sundrum and the Witness Fig which was a lo fi solo acoustic record, I didn’t know what to expect out of Blood Oaths of the New Blues. It’s safe to say, I wasn’t expecting to be completely bowled over by this record, as I was only a casual fan at best, but bowled over I am, this is a great record.
Blood Oaths of the New Blues, shows that James Toth, who records under the Wooden Wand moniker, has undergone a tremendous growth in the 6 years between the records that I have heard. His singing, lyrics and song arrangements have all gotten remarkably better. The sound of this record is huge. It’s full of wide open spaces between the instruments and notes. It’s drawn out, but not to the point of being boring. It gives the music and Toth’s words room to breathe and grow. He often pushes repetition almost to the breaking point, but that repetition is what drives the songs into your brain. For example, album opener “No Bed for Beatle Wand/Days This Long” rides along on a simple two note riff for close to 12 minutes, but it puts you in a trance like state so you don’t even realize that you have been listening that long. “Dungeon of Irons” is a gorgeous two and a half minute number that features some great high and lonesome guitar work, and what appears to be a conversation going on just underneath the surface of the song, that’s just barely audible. It’s a stunning song that has to be heard to be fully understood. “Supermoon (The Sounding Line)”is a dark suicidal song, but it’s so damn gorgeous, you don’t even get what it’s really about until the 3rd listen at least. Album closer “No Debts” reminded me of a cross between Nebraska era Springsteen and Whiskeytown’s “Inn Town”. I realize that’s an unholy alliance if there ever was one, but that’s what it sounds like, check it out! 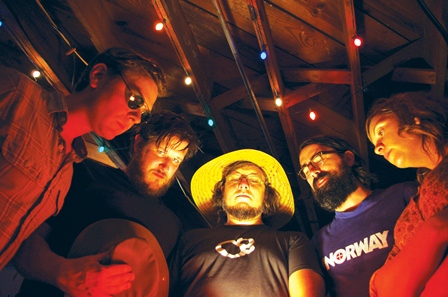 The music and lyrics of the entire record successfully create a tired, lonely, weary, yet still gorgeous vibe. This is the kind of record you want to sit back with the headphones on, perhaps a tasty beverage of your choice, and experience in a darkened room. It’s a record you won’t soon forget, and one that will continue to reward over repeated listens.
Key Tracks: “No Bed for Beatle Wand/Days This Long”, “Supermoon (The Sounding Line)”, “Outsider Blues”
Artists With Similar Fire: Leonard Cohen / Smog / Will Oldham
Wooden Wand Website
Wooden Wand Facebook
Fire Records
-Reviewed by Kevin Poindexter