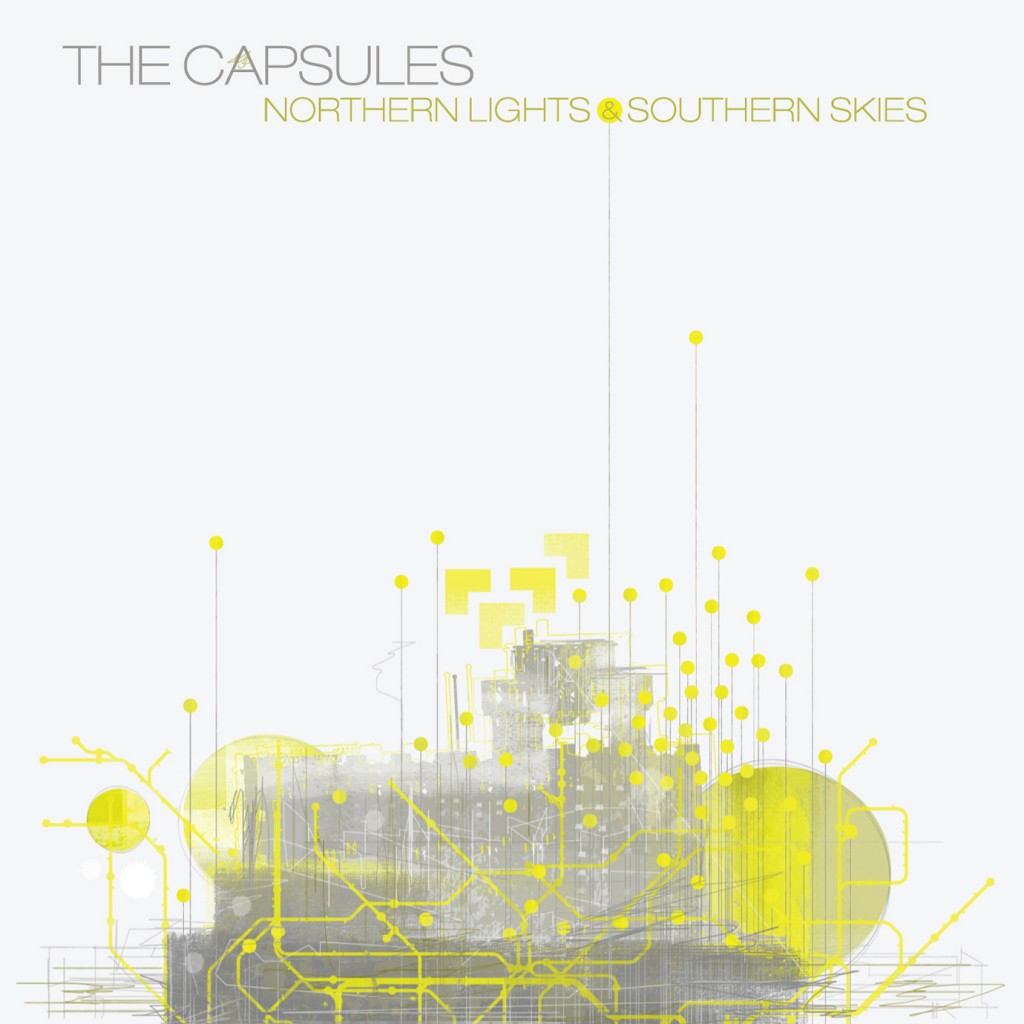 Fire Note Says: The Capsules release a smooth and thoughtful late-night soundtrack.
Album Review: With Northern Lights and Southern Skies, the Capsules create a smooth album infused with contemplative lyrics and nighttime sound. Female vocals weave the album in and out of stories about a relationship and the end of the world. Making for a perfect midnight playlist, each track has an unsettling undertone, as if we’re all on the brink.
The album opens with “Across the Sky,” a smooth track that reads like the first chapter of a novel. The song plays consistently along using rhythm and lyrics until, at the bridge, it slows down and sings into space:
“Our paths cross the border; Below you’ll always find me;
I know, so come and get me; We’ll start at the beginning”
The story continues with “From the Start,” a slow, somber song with lyrics like “I knew you were trouble from the start…I knew you were trouble, but you had my heart.”
Enjoying an Armageddon moment, the album paints pictures of warfare and revenge with its next two tracks. “Our Apocalypse” uses high energy and bass to convey discontent repeating “no slowing down, no slowing down, no stopping now.” This leads into “With Signs Repeating,” a more upbeat song that admits, “it feels like we’re living on the edge…the breaking point’s about to break.” Ending almost optimistically, the song blends into higher, softer vocals and fades out into a countdown. 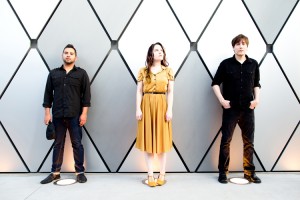 The Heartbreaker is a turning point. The song is slower, downtempo, and grittier. We are post-apocalypse and on to mourning as the narrator pleads “heartbreaker don’t ever let me go.”
Moving quickly past sorrow, “Time Will Only Tell” is upbeat and light. We visualize driving on a highway in the middle of the night. There’s no traffic and we’re cruising along. The next track opens with a disturbing sound of a siren. “Test Drive to the Other Side” is reminiscent of the 1980’s song by Red Rider Lunatic Fringe. As it moves into the lyrics, alarming undertones remain as we’re warned “past the point of no regret, no stopping yet, no looking back.”
Arriving at “Where It All Begins,” there’s a sense of destination and rebirth. With similar undertones, “All at Once” is a bit less refined but keeps the festive sound. These songs have a road trip sound, as if a bunch of teenagers have run away and are now partying on the beach.
Ending the novel with the slow and reflective “Magnetic Fields,” the Capsules ask: “what is it all about, all this space and time”? Finally, they pause to slowly plead,“just be with me.” It finishes with a strong sense of mourning and peace.
The Capsules’ Northern Lights and Southern Skies is a well thought out, finished album. It uses quirky electronic sound and poetic lyrics to create a playlist perfect for staying up all night and contemplating life.
Key Tracks: “Across the Sky”, “Our Apocalypse”, “All at Once”
Artists With Similar Fire: Beach House / Grizzly Bear / Local Natives
The Capsules Website
The Capsules Facebook
Vespera Records
-Reviewed by Michelle Morgan