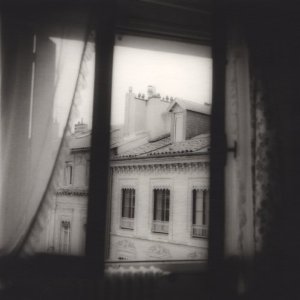 Fire Note Says: Sit down and reflect with Kozelek’s Sun Kil Moon.
Album Review: Sun Kil Moon, aka Mark Kozelek, has always distinguished itself as a different outlet for Kozelek with a much more electric band direction compared to his solo work. Admiral Fell Promises seems to blur the two worlds, as the record is performed completely solo with no instrumentation besides a nylon-string guitar anchored by his always captivating vocals. This might not appeal to followers of Sun Kil Moon, as the entire record feels slightly adrift because of it solitude.
As a Mark Kozelek piece of work, Admiral Fell Promises is an undertaking, as its ten tracks hit the 60 minute mark and falls right in line with much of his other solo releases. Without much in tempo change, the record drives you straight to the lyrics, which can be mesmerizing with Kozelek’s poetic talents that paint a picture for each intricate track. It is like hearing a good book on tape narrated by your favorite author.
At its conclusion, you might be exhausted but appreciate the effort. If you are a bigger Sun Kil Moon fan, then it might take a bit more to impress you because Admiral Fell Promises really is a much different avenue. The good news is that regardless of the projects name – Kozelek is one talented guy that makes every release still worthy of checking out – Admiral Fell Promises is no exception!
Key Tracks: “Australian Winter” / “Half Moon Bay” / “Bay Of Skulls”
Artists With Similar Fire: Mark Lanegan / Magnolia Electric Co. / Bonnie ‘Prince’ Billy
Sun Kil Moon Website
Caldo Verde Records
– Reviewed by Christopher Anthony