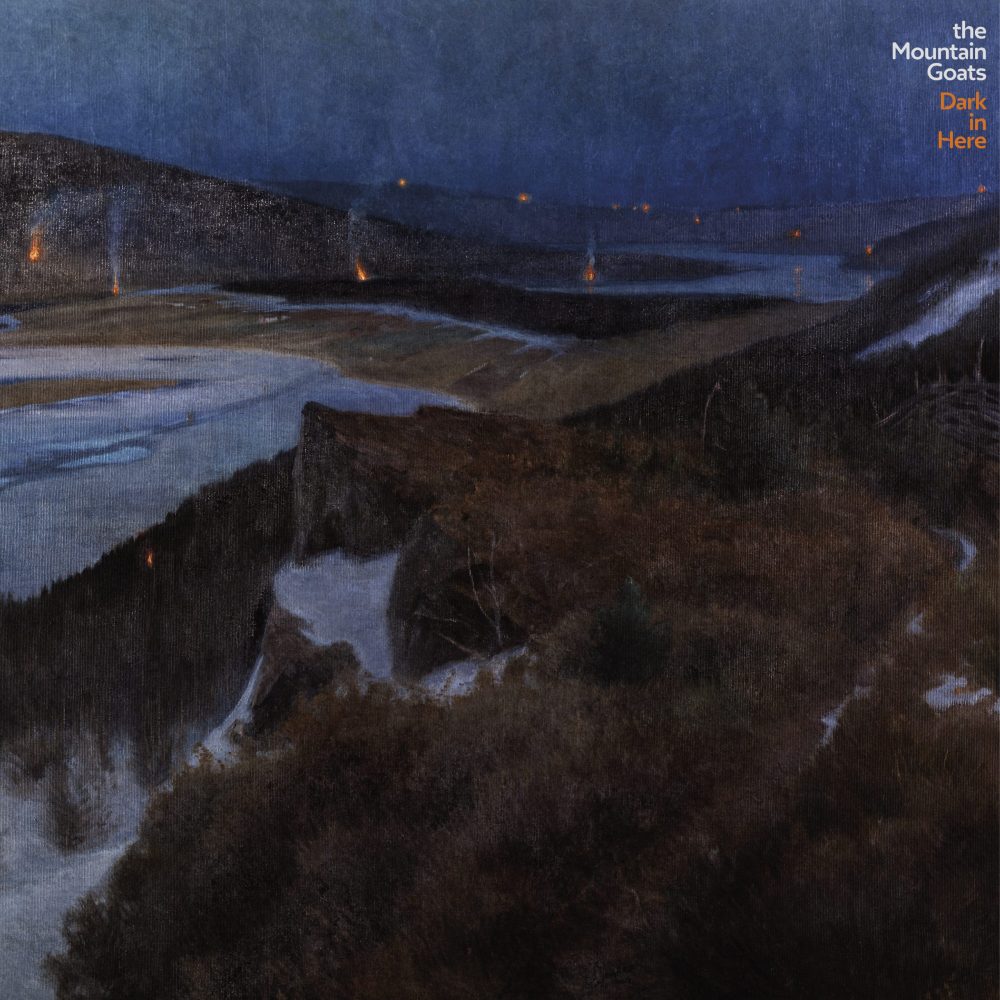 It’s hard off the top of my head to imagine a more prolific and talented songwriter currently working today than John Darnielle, the creative talent at the heart of The Mountain Goats. (Bill Mallonee is the only other contender that comes to mind.) But of course, quantity is not the issue at hand, the concern of most music fans is the quality, and while individual tastes are always at play, the fact that immediately after the band finished recording Getting Into Knives in the Spring of 2020, Darnielle and company drove from the Sam Phillips Recording studio in Memphis straight to Muscle Shoals, Alabama to spend another week at the historic FAME recording studio and lay down the tracks for this second full-on band album, should be proof enough. And as long as we’re counting, Darnielle went home to No. Carolina after recording two full length albums worth of his tunes, and set about writing and recording a third album, Songs For Pierre Chuvin, this time straight into his boom box cassette recorder, a throwback to this earliest days as a recording artist. So that’s 3 albums recorded back to back in about a month’s time, and turns out all three of them very good.

Given that Darnielle had to have already written the songs for both last year’s offering and this year’s model, Dark In Here, the singer/songwriter told an NPR interviewer that this second album is the “weathered, gnarly cousin to Getting Into Knives.” As the title suggests, this 12 song collection leans a bit darker than the previous work, but given that the key line in “As Many Candles As Possible” was that none of us “get too much light,” that may not be most accurate description given that more reflective nature of Darnielle’s approach, where darkness just comes with the territory. And it wouldn’t be correct either to say this newer one is more mellow, especially when the title track and “The Destruction of the Superdeep Kola Borehole Tower” rock as hard as anything on “Knives,” it’s just that there’s little here as poppy and buoyant as the last album’s opener “Corsican Mastiff Stride,” or the band’s single, “Get Famous.” Perhaps it’s best to say that the tone here is somewhat more subdued, and perhaps more soulful in the jazzy feel of “When A Powerful Animal Comes,” and slower, more pensive tracks like “To The Headless Horseman,” “Arguing With The Ghost Of Peter Laughner About His Coney Island Baby Review,” and “Let Me Bathe In Demonic Light.”

The album’s single, here, is “Mobile,” Darnielle’s unique folk rock re-telling of the Biblical story of Jonah, with a reference to the titular nearby Alabama port city, which alongside Goats’ regulars Matt Douglas on various instruments, drummer Jon Wurster, and bassist Peter Hughes, they are joined by FAME studio session players, guitarist Will McFarlane and Spooner Oldham on electric piano. But as before, it’s Darnielle’s unique melodies and playful use of language that provide the distinctive qualities in Mountain Goats’ songs, like that phrase “it’s so hard to get noticed in this town,” in the light, jazzy “Lizard Suit.” Well, the song is light and jazzy at the front end but heats up about two thirds of the way end, and then breaks apart entirely, becoming a noisy bang-fest akin to a Wilco breakdown for the final minute. Elsewhere, Douglas provides some lovely clarinet, flute and sax augmentation to some of the quieter tunes.

As with all Mountain Goats releases, Darnielle’s funky titles and inclusion of curious nerdy tidbits of information can send you down an internet rabbit hole learning about the abandoned Russian borehole on the isle of Kola, or trying to find a copy of Laughner’s review of Lou Reed’s “Coney Island Baby” album, or maybe wondering to yourself if there really are that many slow parts on death metal albums. But more to the point, in song after song, is that Darnielle’s lyrics tend to find the integral, human emotion at the heart of the unusual characters and situations that his songs describe. It’s that common experience of darkness, and the longing for light, community, and understanding that give so many of Darnielle’s songs connect with fans a deeply personal level, and it is that insight, the song’s inherent musicality, and the gentle kindness and empathy in Darnielle’s perceptions that keeps us coming back album after album. And this time, the reward again, is another collection that speaks to our humanity with a rare and enjoyable intellect, while giving us a melody to sing around the next dystopian campfire. 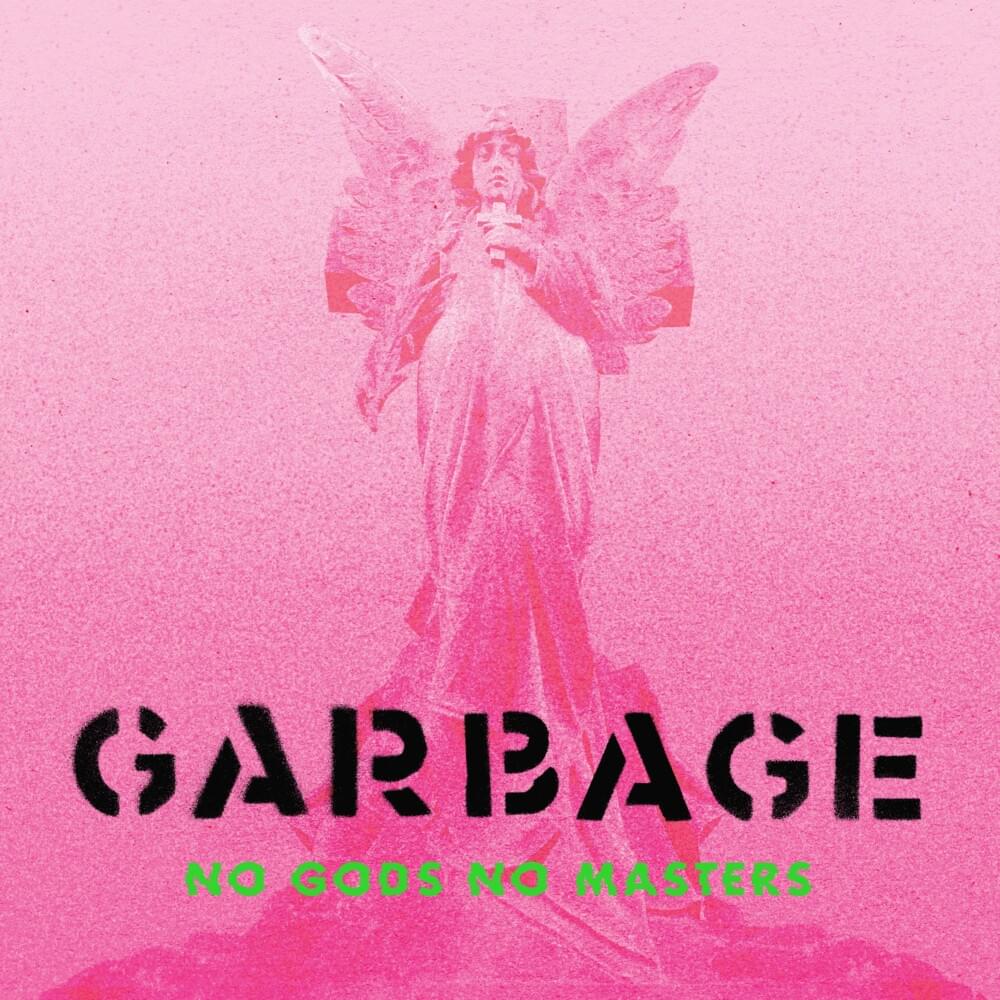