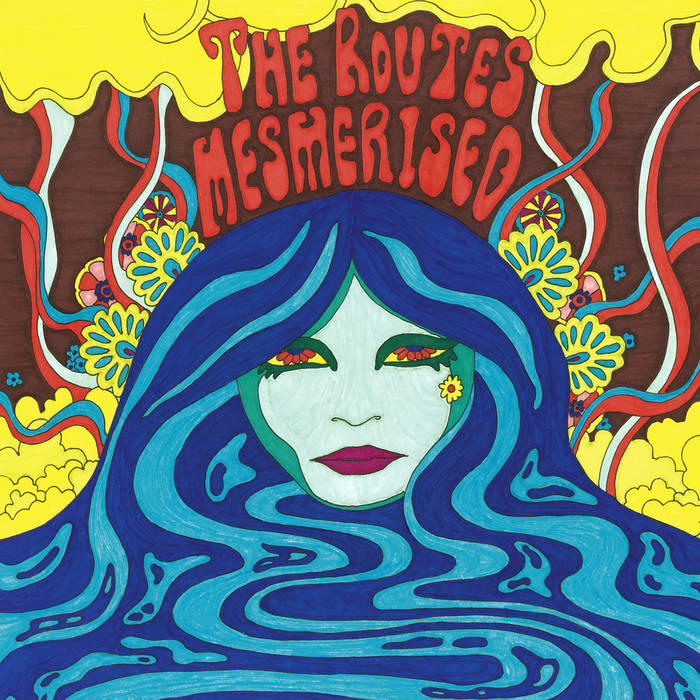 The Routes are exactly why the quote “rock n’ roll can never die” exists. Mesmerised represents the eighth long-player to date from the Japan based group and it is a blast of sixties-influenced garage beat rock that has a DIY approach with its brashness, high octane energy and raw delivery.

From the opening foot stomping drum beat and rhythmic riff on “Broken Goods,” The Routes start off in a high gear. The sixties British invasion style guitar playing revs as Scottish born vocalist and songwriter Chris Jack snarls out the chorus. The entire album has this edgy pulse to it that will pull you in while its punk undertones give it some modern flare. Then there are tracks like “Two Steps Ahead” and “Leave My Bed” which easily stick in your head with their call and response qualities. The Routes also can slow things down a bit and give off a darker shadow like on “Used To” which reminds me of a Black Rebel Motorcycle Club track with its hovering fuzz and also highlights the band’s Spaceman 3 influences.

Mesmerised wears its heart on its sleeve and it is a better album for it. Jack’s guitar work shines throughout the record but without the perfect timing of drummer Bryan Styles and the on the spot bass of Toru Nishimuta, the album would be flat. This album from The Routes for sure comes wrapped as described and it honestly is a fresh breath of music when so many other groups are trying to recreate, reimagine or redefine a genre. The key to anything good is that when you nail it – you nail it. The Routes for sure nail it and easily provide one of the best sounding garage rockers with Mesmerised you will hear this year!

Artists With Similar Fire: The Greenhornes / The Shoots / The Fleshtones

Durand Jones & The Indications – “Love Will Work It Out” [Video]