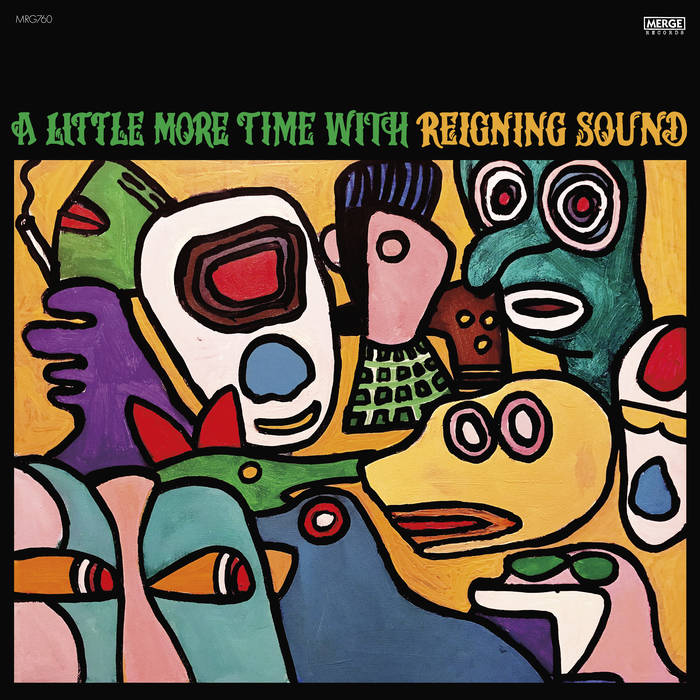 Reigning Sound’s singer/songwriter Greg Cartwright has returned to Memphis to record a collection of power-pop tracks that get back to basics. After working in the studio with Black Keys’ Dan Auerbach for 5 tracks on 2011’s EP, “Abdication… For Your Love,” and the R&B and funk leaning “Shattered,” recorded in the Daptone’s studio in 2014. For “A Little More Time…” Cartwright has regrouped with Reigning Sound’s original Memphis line-up – Alex Greene on keys, Jeremy Scott on bass, and Greg Roberson on drums – to recreate that garage band recording straight to 8 track sound. These 12 new tracks vibrate with the same energy and vitality of 70’s roots rockers Rockpile, led by Nick Lowe and Dave Edmunds, and early Elvis Costello supported by Attractions’ organist Steve Nieve.

The opening on two punch of “Let’s Do It Again” and the title track deliver that crunchy power pop hook, with a reliable catchy chorus and lush organ swells. “I Don’t Need That Kind of Loving,” a cover of the rockabilly jumper by Adam Faith, leads into the crooner pop of “I’ll Be Your Man,” with strings by Krista Wroten on violin and Elen Wroten on cello. “O Christine” provides Cartwright an old school rock & roll crier, and the opportunity for a bit of Steve Cropper-styled guitar finesse. For “Moving & Shaking” and “A Good Life, all Cartwright had to do is slow down the band for another bittersweet ballad and add a little pedal steel guitar from John Whittemore to create an authentic country feel.

That winning retro mix of 50’s rock & roll and 80’s power pop is at the heart of “You Don’t Know What You’re Missing,” while “Just Say When” benefits from Cartwright’s duet with Coco Hames, but the rest of the record is filled up with reliable pop hooks, and catchy, danceable tunes. Reigning Sound has more than delivered on the title’s promise of “A Little More Time.

Modest Mouse – “We Are Between” [Video]