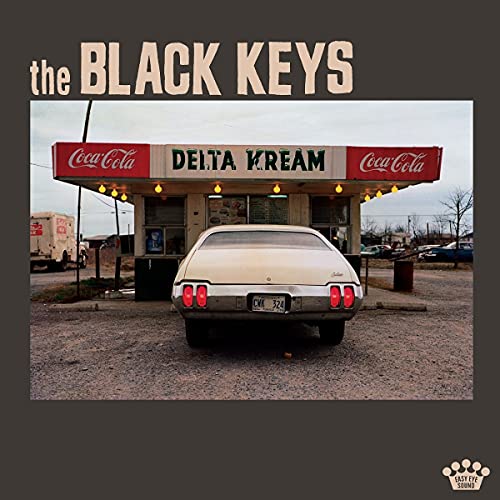 Ten studio albums and two decades into their career, any fans of The Black Keys who’ve dug in past their string of rock hits, like “Lonely Boy,” “Fever,” and “Lo/Hi,” is well aware of the band’s interest in the Mississippi delta blues music of artists like Junior Kimbrough and R.L. Burnside. They covered a song by each of these guys, their musical heroes, on their 2002 debut album, The Big Come Up, as well as a cover of The Beatles’ “She Said, She Said,” and then in ’06 released the EP, Chulahoma; The Songs of Junior Kimbrough. Guitarist and singer Dan Auerbach and drummer Patrick Carney may have come out of Akron, OH originally, but their hearts were in Mississippi’s hill country blues.

The evidence of the profound influence of African American blues, gospel, R&B, and soul on the early rock & roll bands of the 60’s British Invasion – The Beatles, Stones, Yardbirds, and The Animals, and thus on much of the rock music that has followed, is pretty much taken for granted these days. While Mississippi-born blues acts like Howlin’ Wolf, Muddy Waters, and Willie Dixon, built a following once they moved to Chicago, it wasn’t until the 1990’s that delta blues players like Kimbrough, Burnside, and Mississippi Fred McDowell got some much-deserved attention thanks to the documentary film titled, “Deep Blues; A Musical Pilgrimage to the Crossroads,” as Auerbach and Carney were both just coming into their inquisitive teen years.

The Black Keys reportedly recorded Delta Kream shortly after coming off the road from their “Let’s Rock” Tour with Modest Mouse, over two days in Auerbach’s Nashville recording studio, without prolonged planning or rehearsals. To flesh out the duo, they turned to Kimbrough’s long-time bassist, Eric Deaton, Burnside’s guitarist Kenny Brown, with Sam Bacco added extra percussion, and with Jacildo adding organ on three tracks. As such, Carney and Auerbach are only interested in serving these time-honored originals true to form, not reinventing them or transforming into rockers fit for the arena or the kind of pop-oriented production requisite for alt/rock radio airplay.

Hill country blues from the Mississippi delta tends to be groove-oriented, with polyrhythmic elements in the drumming that speak to the music’s African heritage, while the guitarists are free to improvise over the minimal chord changes. “Crawling Kingsnake,” a John Lee Hooker original served up a la Kimbrough’s arrangement, opens the record and sets the tone with its long, 6 minute jam. If you’re looking for one of those big rock anthems that have been a feature on the last three or four Black Keys albums, you’re going to be disappointed. But, if like me (one of my favorite go-to classics is The Allman Bros.’ live “At the Filmore,” where “Whipping Post” fills up one whole album side), you don’t tire quickly of extended guitar soloing that’s creative and emotionally satisfying, you’re going to dig the great tone in Auerbach’s and Brown’s guitars, especially tracks like “Coal Black Mattie,” “Do The Romp,” and “Poor Boy A Long Way From Home,” where one of them is playing with a slide.

The long and unfortunate history of rock and blues influenced music includes cultural appropriation that dates all the way back to Elvis’ early hits written by African American artists, like Arthur Crudup’s “That’s All Right,” and Big Mama Thornton’s previous hit with “Hound Dog.” White artists and record companies benefiting from the creativity of Black artists is one of the issues at the heart of the drama in the film “Ma Rainey’s Black Bottom.” And while no one should repeat the “mistake” made by Led Zeppelin when they were sued for nicking lyrics from Willie Dixon for “Whole Lotta Love,” early Beatles’ and Stones’ covers of Chuck Berry and others, or the Allman’s blues more often then not fall under the category of an honorific homage. Clearly that’s the case with Delta Kream, with Auerbach and Carney paying worthy tribute, and playing their hearts out.