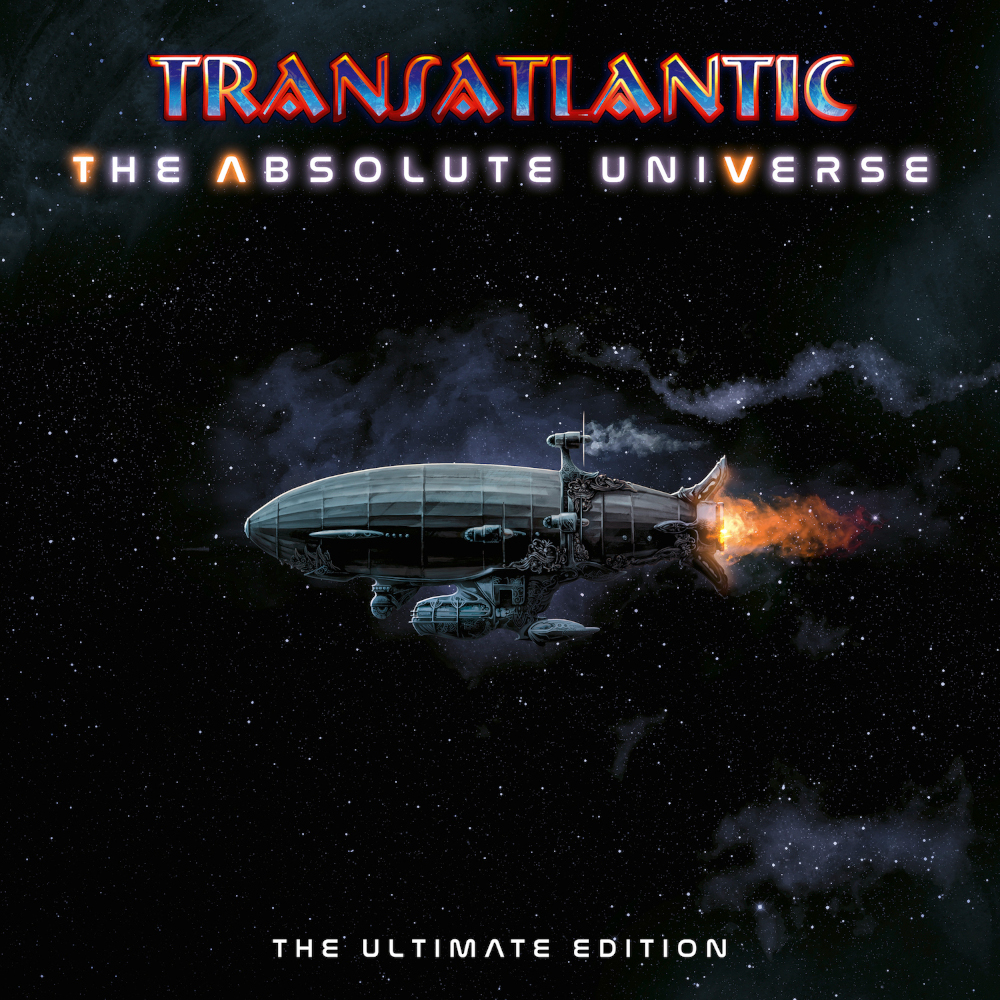 Transatlantic
The Absolute Universe
Inside Out Music [2021]

For fans of Progressive Rock the name Transatlantic resonates like few others. They need no introduction to the faithful but to the rest of the world they better known by their day jobs: Neal Morse (ex-Spock’s Beard), Mike Portnoy (ex-Dream Theater), Roine Stolt (The Flower Kings) and Pete Trewavas (Marillion.) When these four legends first got together in 1999 to record their debut album expectations were sky high. They were exceeded. The sporadic nature of their output has always added to the sense of drama and anticipation. These are some busy dudes and we, the listeners, can now enjoy the fifth installment of Transatlantic’s patented take on epic, retro Prog. Or are these albums number five and six? As we shall see The Absolute Universe actually comes in two completely different expressions: Forevermore is the long version (about an hour and a half) and, at a slimmed down 60 minutes, The Breath Of Life is the abridged version. Both contain songs exclusive to each other, different arrangements, vocalists and lyrics. It’s a whole lot to take in. And to top it all off there is the Ultimate Edition which comes with a third version on Blu-ray with a visualizer to go along with its 100 minute running time. Oh Boy.

The album began to take shape in September 2019 when the band decamped to Sweden to start work on what was supposed to be just another album. They walked away with what would become Forevermore. When the pandemic hit work more or less stopped for a few months and in the interim, Neal Morse began rethinking the project. Was it too long? Was it too much for people to take in? He came up with the second version with a shorter runtime and more lyrical emphasis on current events while Stolt continued to work on Forevermore in Sweden. The band was split on which variant was better. Morse and Trewavas liked The Breath Of Life better while Stolt and Portnoy preferred the longer one. The stalemate was solved when Portnoy came up with the idea to release both and fortunately the label shockingly agreed. (Also a little shocking is the idea of Neal Morse as the arbiter for concision.) The resulting dual albums are disparate enough to be considered separate entities yet they are two sides of the same coin – albeit Stolt’s vision is a little darker and a lot more adventurous.

The musicianship throughout The Absolute Universe is unsurprisingly stellar. All four members are truly masters of their craft. All four also contribute vocals though some might not be thrilled at Pete’s nasally, slightly off-pitch delivery or Mike’s gruff heavy metal voice. I enjoy them both but thankfully the lion’s share of vocal duties go to Morse and Stolt – both of whom are world class singers in their own right. And they harmonize beautifully. Check out the Beatles-like intro to “The Sun Comes Up Today” or the Gentle Giant-inspired a capella section in “The Greatest Story Never Ends” for proof. The overall feel of this latest edition is very similar to 2009’s The Whirlwind. In fact, there was discussion about perhaps making this a sequel to that masterpiece. Although the band went a different direction echoes of The Whirlwind swirl around enough to make Portnoy announce that this was its “spiritual cousin” and nothing else. Either way, Prog fans are bound to love all of it. For the uninitiated it may be all a bit too much. But that’s exactly the point, isn’t it?

So how does one approach this monster? Do you listen to one exclusively until you know it by rote and then move on to the other? Or do you rotate between the two so neither gets “locked in” as “the definitive” version? I’m not sure there’s a right way to absorb this much new and complicated music. Being the huge Neal Morse fan that I am, I started with his shorter version (and I am of the opinion that it is the better of the two, by a whisker) and then moved on to the extended one after a few days. It seemed to work for me. There are things about each I prefer: Breath Of Life has the stronger Overture but I miss Stolt’s gorgeous guitar work on “The World We Used To Know,” and I liked the lyrics to “Swing High Swing Low” better than the shorter version’s “Take Now My Soul” but you know we can make our own versions of the album. And really that’s the only drawback this record may present for some: the band is asking quite a lot from their fans. But ultimately the effort is worth it. This is Planet Earth’s supreme Prog act, after all. The greatest supergroup since CSNY or ELP. They will not win over many new fans with this one. But I don’t think they care.

Key Tracks: “Heart Like A Whirlwind” / “The World We Used To Know” / “Looking For The Light”

The Natvral – “Why Don’t You Come Out Anymore?” [Video]