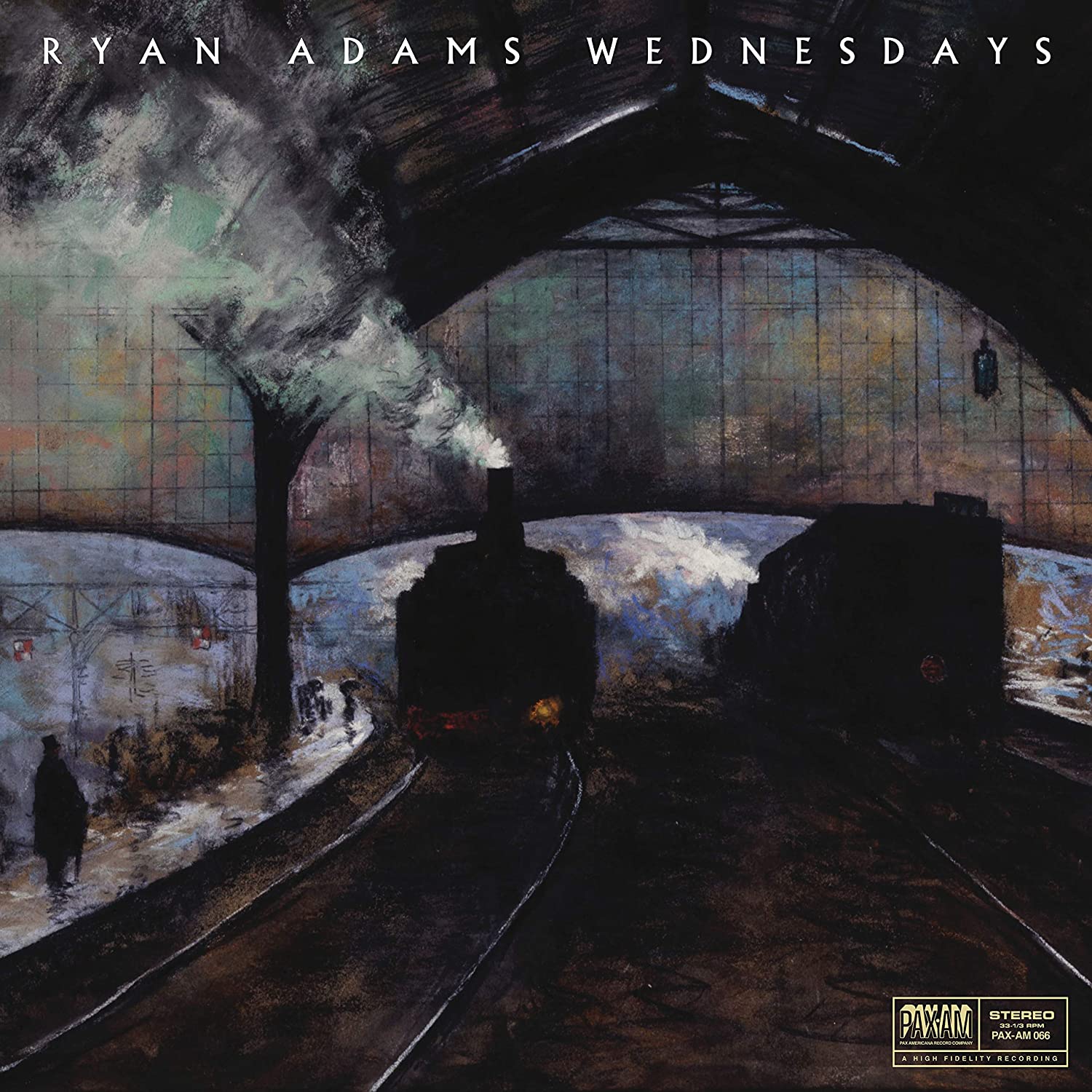 Early in 2019, Ryan Adams announced that he had three albums set for immanent release, but that was before the New York Times released a story in which seven women, including his ex-wife Mandy Moore, Liz Phair, and Phoebe Bridgers, accused him of sexual misconduct and abuse. Adams denied the allegations at first, but curtailed the release of the promised albums, and in July of 2020 issued a statement where he acknowledged that he had “mistreated people throughout my life and career.” While an apparent attempt to rehabilitate his career and pave the way to get his music out, Adams said he was making an “effort to be a better man,” pursuing sobriety and mental health with professional help. And, while he hoped this apology would suffice, several of his accusers have said that he has yet to apologize to them personally. Late in 2020, he quietly released “Wednesdays” as a digital download, with the promise of physical copies available in mid-March.

Adams is in full Neil Young falsetto mold on the album’s opening ballad and single, “I’m Sorry and I Love You.” The title again suggests an apology that never quite matches the accusations that surround Adams; he’s sorry about a relationship that has ended because it’s left him “blue,” but he’s not as interested in confessing wrong-doing as much as he hopes to “erase the lies with the truth.” It leaves the question of who’s truth, his or hers, unanswered. Given the context, the warm poetry and beautifully fingerpicked guitar of “Who Is Going to Love Me Now If Not You,” ultimately sounds like a guy who feels more sorry for himself than about anything he might have done wrong.

Like a baseball player breaking a home-run record who’s accused of steroid use, as talented a singer/songwriter as Adams is, every accomplishment is inevitably going to be marked with an asterisk, every introspective lyric is going to be examined for clues of real remorse, his motives always open to question. In another gentle ballad, “Poison Pain,” Adams names his “demons alcohol and freedom,” while in the album’s title track he acknowledges the woman who “brought me to my knees, where I needed to be.” While more tuned into his Young influences throughout, in the piano & Hammond organ driven “Birmingham” Adams’ gives a nod to Bob Dylan with some of his most colorful storytelling, the album’s most up-tempo track.

But whatever you think of Adams in the wake of the accusations, there’s little doubt he’s a talented songwriter with musical smarts. Like the tender song about the hope of being reunited with loved ones’ after death, “When You Cross Over.” Or “So, Anyways,” a reflection on that feeling of regret at a relationship that’s ended, with a fine harmonica to echo the bluesy feeling. Or the dreamy vibe of “Dreaming You Backwards,” with its benediction that “your love find its way back home again,” punctuated by the album’s one guitar solo, a lovely crying twang that ends too soon. There’s nothing wrong with believing in redemption, and who doesn’t want there to be second chances with the possibility of restoration, but it’s going to take more than one good album full of sad songs to help Adams turn the page.