Lucero: When You Found Me [Album Review] 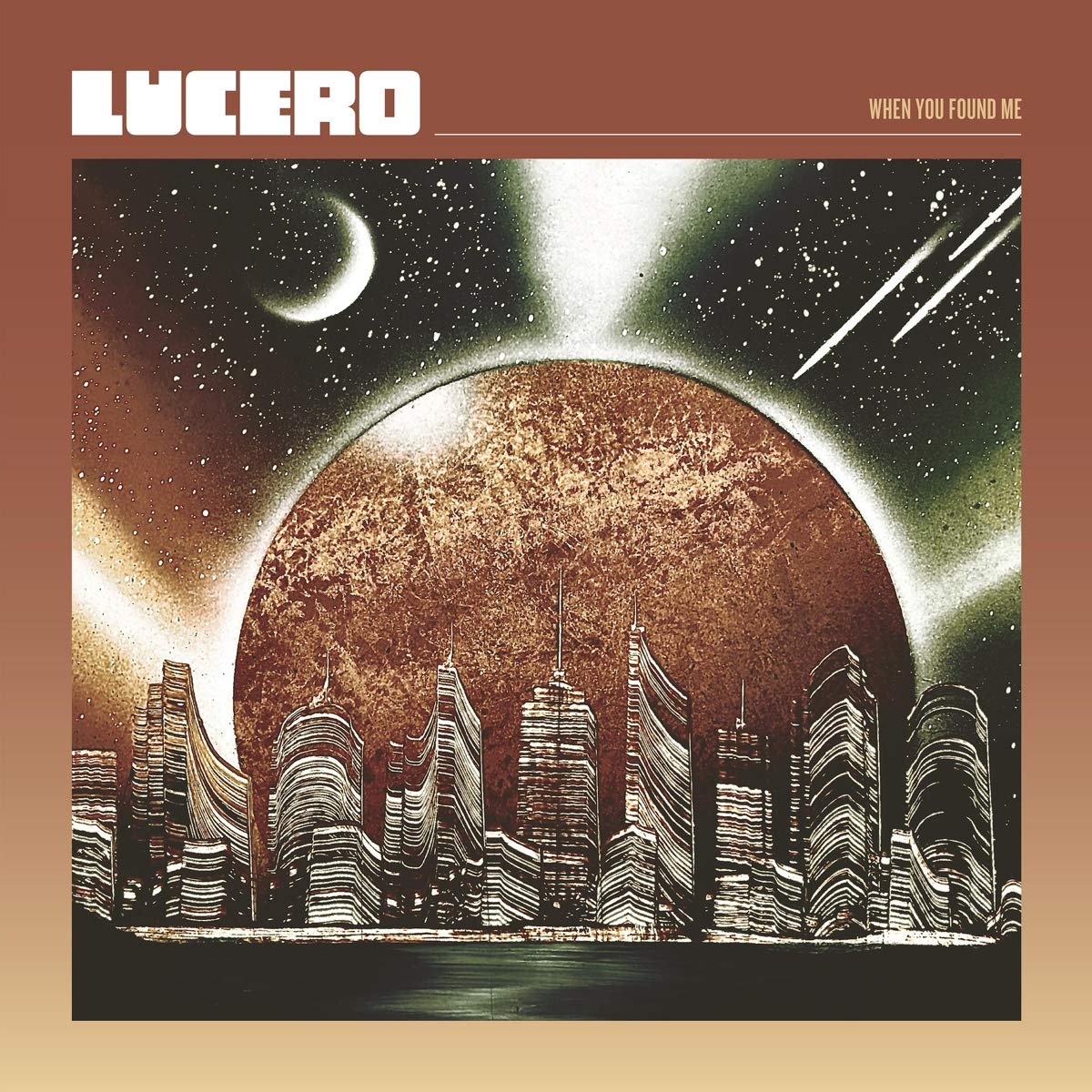 Lucero
When You Found Me
Liberty & Lament/Thirty Tigers [2021]

On the tenth studio album from long-time Memphis band Lucero, singer and songwriter Ben Nichols leads his bandmate crew through 10 songs that celebrate the rock & roll influences he heard on the radio throughout his youth in a series of story songs that reflect his new-found domestic bliss. The band’s middle-America-meat-&-potatoes rock sound is recognizable immediately in Nichols’ gravelly baritone vocals and Brian Venable’s crunchy Southern rock guitar sounds, but the secret sauce that holds things together is Rick Steff’s piano & Hammond B3 parts, augmented this time around by the cinematic expanse of tastefully placed synthesizers. In the past, the band has delved into the rock & soul roots of their native city with the aid of a horn section, but here on When You Found Me, Lucero relies entirely on the quintet’s organic musical chemistry and the strengths of Nichols’ songs.

The album opens with “Have You Lost Your Way,” not unlike the fairytales that Nichols has been reading at bedtime to his four year old daughter, and closes with the title track, a ballad love-song which affirms that everything is going to be okay, a song suitable as a lullaby for a little girl. Fleshed out in the middle of the record is “All My Life,” a song of gratitude for Nichols’ family-life, while “Pull Me Close Don’t Let Go,” is all about holding on to the one’s you love the most. Elsewhere, the narrative lyric of “Coffin Nails” tells of Nichols’ grandfather dealing with the death of his World War I veteran father, suggesting that “I weigh my deeds on my father’s scales,” while he attempts to capture the tension of last summer’s volatile political protests in “A City On Fire,” which gives the band a chance to stretch out on the song’s instrumental coda, especially Steff on piano and the explosive rhythm section Roy Berry on drums and John C. Stubblefield on bass.

Thankfully though, for all the sentimentality and familial warmth, Nichols & Co. remain true to Lucero’s long musical sojourn as a journeyman rock band, best put on display in the fun, rocker “Back In Ohio.” Nichols may currently make his home back in Ohio, but this song actually tells the story of a band of rebels in the Cuban Revolution, but musically it features Venable playing the kind of power chords he might have picked up playing Big Star covers, while Steff’s pounding piano is early rock & roll meets honkytonk, and they tap guest Jim Spake for a sax solo that drives the melody home.

Venable’s bluesy guitar leads, Steff’s lush keyboard textures, and the solid rhythms of Stubblefield and Berry lay a solid foundation for Nichol’s strong melodic choruses in “Good As Gone” and “Outrun the Moon,” and throughout this solid album full of fun, reliable rock & roll from the heartland.

The Besnard Lakes – “Our Heads, Our Hearts on Fire Again” [Video]