Sonny Falls: All That Has Come Apart​/​Once Did Not Exist [Album Review] 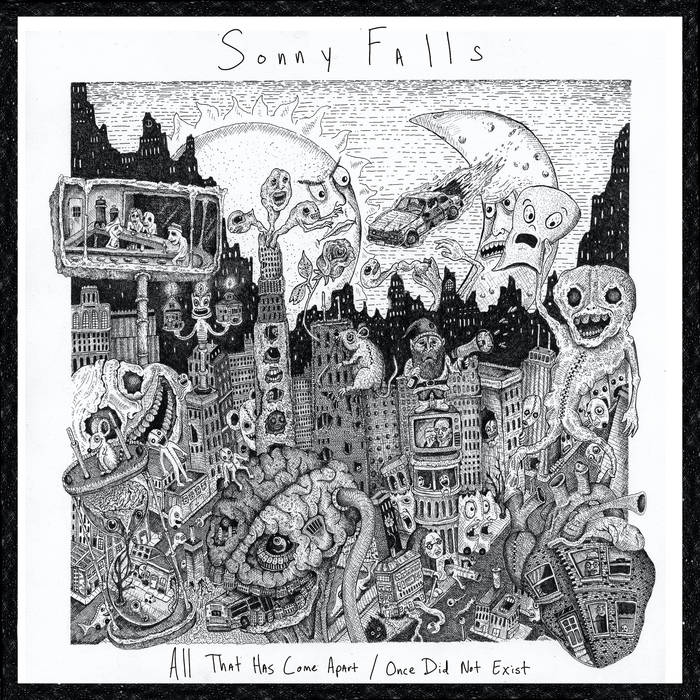 If we would have gotten hold of Sonny Falls new double album before December it would have landed in our 2020 Top 50 end year list. The album was actually released in three parts starting on August 7th, when the first cassette was released, with the final third installment finishing off the year on December 15th. The record does make sense in pieces as it covers the different emotions that this past year stirred in all of us but really has a bigger impact as a full length.

The moniker of Chicago DIY veteran Ryan “Hoagie Wesley” Ensley brings fourth an honest and catchy 57 minutes of indie rock that rolls through different styles that at times can be like Pavement, punk out similar to Jeff Rosenstock or even have a more subdued delivery such as Elliott Smith. Any of those artists will grab our attention and All That Has Come Apart​/​Once Did Not Exist captures those vibes and more.

The record is long but Sonny Falls carefree and honest delivery keeps your interest. Mostly it is a record of life. Ups, downs and all the pieces that can get in the way. Its range is wide as it can be about Chicago, birth, school, work and death but not really in any particular order. Songs can sway like the stick in your head melody of “Swollen Summer” to the quiet of the title track “All That Has Come Apart” to straight up big stadium rock and feedback in “Purple Steers.”

There is a little something for everyone here musically and trust me when I say if you like indie rock, Sonny Falls will have an instant connection. The music for sure tries to get the most out of life by always seizing the moment even during these isolated times. We all continue to struggle with the current world but I think Sonny Falls puts it into an honest frame that still shines a light towards the end of this forever tunnel.