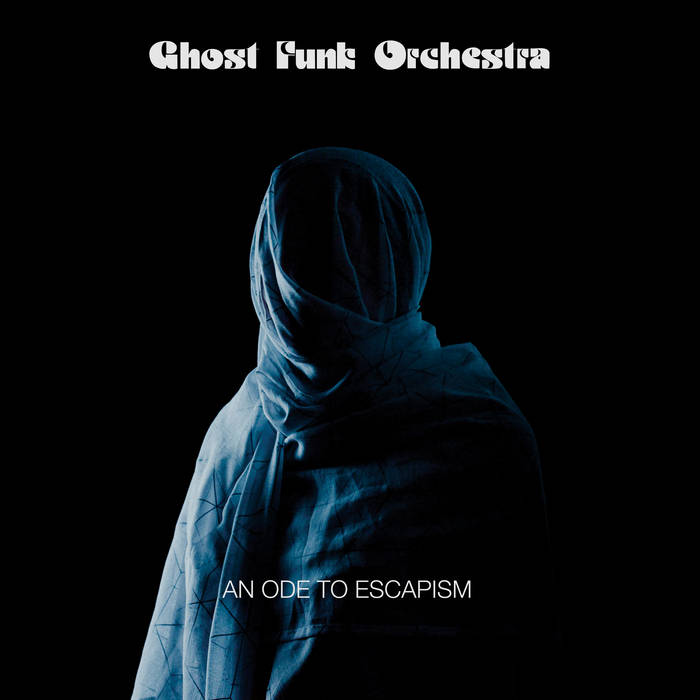 Sometimes you come across an album that feels like it’s tailor-made for you. Maybe the songs perfectly fit what’s going on in your life at the time. Maybe they hit just the right mix of genres and styles, to the point that it feels like it was created by an algorithm based on your record collection. Maybe the songs are just really good. Or maybe it’s all of the above. For me in 2019 that album was Ghost Funk Orchestra’s A Song For Paul, a record that felt like Seth Applebaum and his cast of collaborators had been browsing through my shelves and built an album around what they found: psychedelic rock, soul, funk, jazz, even a little prog. It was a stunning debut that topped my year-end list and made me excited to see what came next.

The answer is GFO’s latest set of songs, An Ode To Escapism. Following a record as good as A Song For Paul would be a tall order for any band, but GFO not only match that album’s high standard, they might push the bar even higher. An Ode To Escapism takes all of the previous album’s strengths and builds on them, creating a listening experience that’s simultaneously more diverse and more cohesive, all while retaining their signature sound.

The album begins with some jazzy guitar, electric piano, and a voiceover from vocalist Alba Ponce De Leon encouraging the listener to turn off the lights, unplug their telephone, close their eyes, and let their mind wander. It’s the kind of thing you’d expect to hear on a vintage self-help or guided meditation record, and it sets the tone for the next 40 minutes. Songs segue seamlessly from one to the next, with the occasional voiceover tying things together. Tracks like the instrumental “Overture” reflect the orchestra in the band’s name, with dense layers of strings and horns backing up the soul-infused arrangement. Things start branching out from there: “Little Bird,” a moody slice of psychedelic funk, is heavy on the electric piano over its 5/4 beat, while instrumental “Stoop Talk” brings in some Afrobeat touches.

Side one peaks with the ominous “Fuzzy Logic,” an absolute monster of a track with cavernous drums, reverbed guitars, and a coda with brass and flute solos battling for the last word, all topped off by a killer vocal performance from Romi Hanoch. Side two is no slouch either, with tracks like “Drop Me A Line,” “Queen Bee” and “King of Misdirection” (the latter featuring singer Kam Franklin) showing that Seth Applebaum is a great songwriter in addition to being a gifted arranger and producer. The lyrics are cohesive throughout the album too, each track touching on the theme of escaping the monotony and anxiety of day-to-day existence (for better or for worse). This isn’t a concept album per se, but the common themes and uninterrupted flow of the songs work together to created a unified whole.

All of this close analysis might obscure one important fact, though: this album is a mesmerizing listen from beginning to end. Like the best albums, it grabs you immediately but rewards closer listens too. If an escape into psych-drenched soul-jazz-funk sounds like your idea of a good time, Ghost Funk Orchestra has an ode they’d like you to hear.