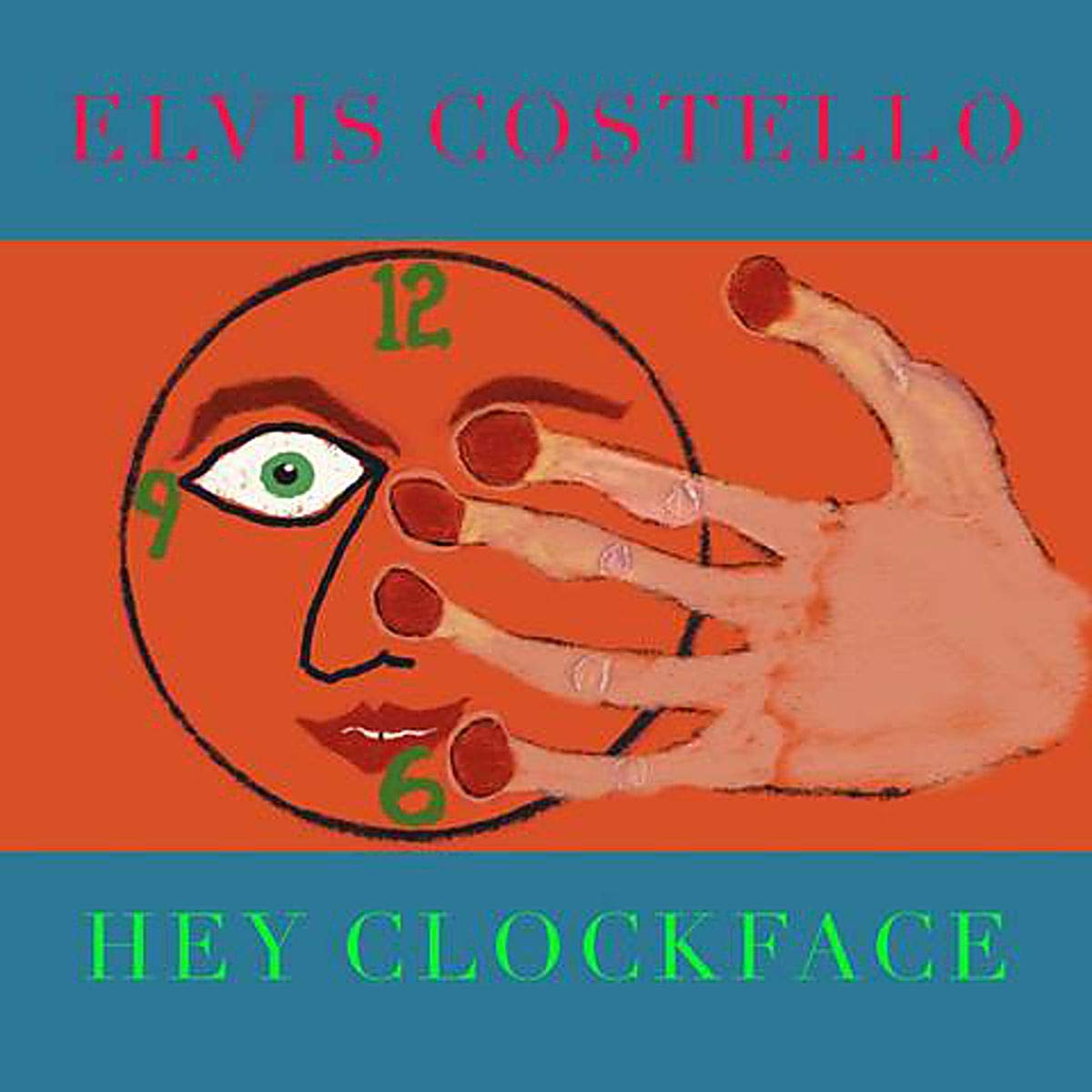 By now, Elvis Costello’s fans have gotten used to his experimental collaborations and explorations of new musical territory. After all, he’s the same stripped-down punk rocker who gave us My Aim Is True in ’77, but by ’82 had delivered the lush, textured Imperial Bedroom. In 1986, he delivered the T Bone Burnett produced acoustic masterpiece, The King of America and then in the same year released an altogether different expression of his genius, an aggressive rock album with his band The Attractions titled Blood & Chocolate, which was said to pre-date grunge. Costello did a record of country covers, Almost Blue in ’81, and returned to explore his country side with Burnett and a crew of bluegrass pickers on Secret, Profane & Sugarcane in 2009, while over the years he’s collaborated on albums with pop balladeer Burt Bacharach, classical string ensemble The Brodsky Quartet, New Orleans’ R&B master Allen Toussaint, and Phillie hip-hop crew The Roots. All of which is to say, “something different” from Costello is always expected on the menu.

In 2018, Costello ended an 8 year draught of new music, releasing Look Now, which was a return to Costello’s torch singer traditional pop style, which included a co-write with Carole King and a couple with Bacharach. But, by the time I saw him on his “Just Trust” tour last year, Costello was taking his band The Imposters through all the eras of his long and storied career. Prior to COVID changing all our plans, Elvis had broadcast that he had big plans set for new ventures in 2020, including the launch of a Broadway musical based on a movie about a conman huckster turned politician, “A Face in the Crowd,” from which he included a couple songs at his Cincinnati show back in November. He has prepped a box set on vinyl and CD reissue of Armed Forces, with lots of extras and live recordings. He’d planned to drag Nick Lowe out of retirement to record a rock album with the Imposters in London, and then he scheduled some studio time in both Helsinki to try some sonic experiments, and in France with some jazz musicians put together by his longtime piano player and keyboard player with the Attractions/Imposter, Steve Nieve. We’ll have to wait for that new set with the Imposters, as those studio sessions got cancelled with the tour, but this new album presents the work with the Parisian jazz players, a few examples of his Helsinki experiments and further recording in NYC.

Costello released the first single back in June, the angry rant, “No Flag,” one of three examples of what he calls “The Helsinki Sound,” tracks where Costello is playing all the instruments. Arriving as it did in the summer of our discontent, where the COVID confusion turned to Black Lives Matter rage following the state-sanctioned murder of George Floyd, “No Flag” both recalled Costello’s early punk anthems yet seemed especially prescient to that current moment. Costello recently commented that it was pure coincidence, but as the first fruits of the new album, it was pretty promising. In August he released the other two songs from those early sessions, suggesting he was really willing to stretch-out and try some new things, mixing familiar sounds with new energy. “Hetty O’Hara Confidential” tells the tale of an old school gossip journalist, set to a fast paced hip-hop rhythm track, with a fun 80’s synth fill thrown in for good measure. “We’re All Cowards Now” feels a bit more conventional, but with Costello building the R&B textures with loops, it has a textured feel that’s unlike recordings with his regular backing players.

As it turns out, these songs are far from par for this course. Far from it. The disc’s opening track, “Revolution #49” has Costello doing a spoken word reading over East India/Arabian horn sounds, while the album’s title track uses the French jazz players to create a bit of brassy New Orleans vibe that segues from Costello’s song to a cover of Fats Wallers’ “How Can You Face Me Now?” Elsewhere, Costello returns to that crooner singing style that came with Bacharach’s more sophisticated pop for “They’re Not Laughing At Me Now” and “What Is It That I Need That I Don’t Already Have.” Steve Nieve provides the piano and the other players serve Costello’s melodies nicely, but it’s not exactly ground-breaking or fresh.

Far more interesting is “Newspaper Pane,” another of Costello’s portraits of a woman struggling to find her way, but he’s recording here with New York jazz players from the Michael Leonhart Orchestra. Leonhart is playing drums, bass and providing horns, with the great Bill Frisell on guitar. These guys plus Wilco guitarist Nels Cline provide the backing music for “Radio Is Everything,” but again Costello is reading a spoken word piece. “The Whirlwind” is a piano ballad from the Broadway show, and “Byline” closes out the record with another jazzy ballad, and there are a couple more there in that vein. As Costello’s 31st album, Hey Clockface certainly has it’s moments, and longtime Costello fans will want to hear these excursions off the beaten path, but you’re not going to put this record on when you want to introduce someone to one of the finest songwriters of his generation.