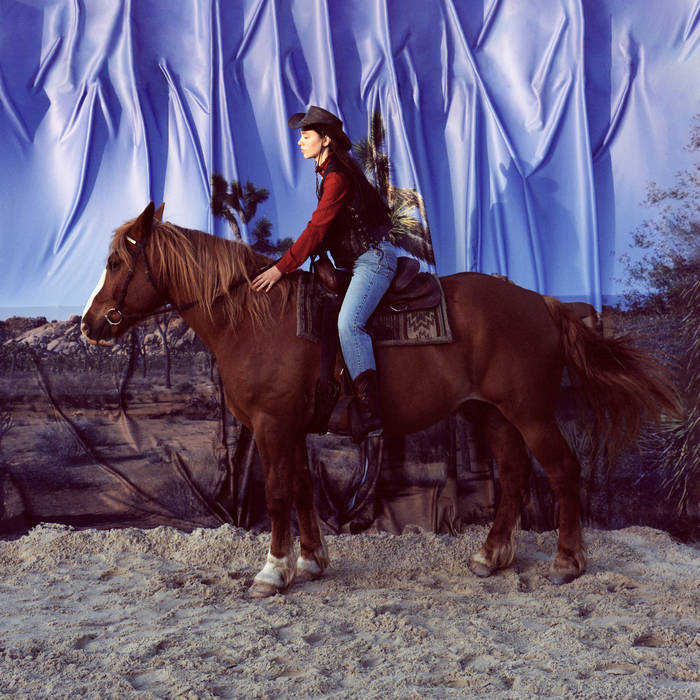 Estonia’s Holy Motors sophomore record, Horse, is an easy listen as singer/songwriter Eliann Tulve puts you into a perfect indie trance with her soft Mazzy Star like vocals. Combine this with the groups slight Americana twang and Horse quietly blows by like a lonely tumbleweed on a deserted highway.

Holy Motors will capture your ear on every track as they emote such a cool swagger, it makes it hard to turn away. The psychedelic pacing floats songs along while the western fling and Tulve’s drawl helps you experience the tracks. The clever wordplay also keeps your focus on the songs, like on “Matador” when Tulve sings “Time is lonely with no words spent on gas, I ride with money that I’ve lent.” The line just possesses a longing to it which you can feel. Or on “Country Church” when the chorus rings “Country church is open only on Sundays, but the night comes down on me every day.” That line becomes super catchy just after one listen.

Horse stays mostly consistent throughout the album with its western undertone but does have a few saloon stops that changes things up. The mid album duet, “Road Stars,” is almost too much of a turn as the male vocal has a gruff Shane MacGowan sound that conflicts with Tulve’s silk delivery. Being the shortest track on the record it is not too much of a distraction but does stand out. Then the closing instrumental, “Life Valley,” is not bad by any means but does leave you wanting to hear more Tulve before the album ends.

Overall, Horse is a great album and shows plenty of growth from Holy Motors’ 2018 debut Slow Sundown. Their lyrics and song structures have both become more involved while Tulve’s vocals have never sounded better. This is an easy record to just put on and play – and then play again. Horse is a big step forward for Holy Motors and one that should lead to plenty more exposure for them to venture farther out on the trail!