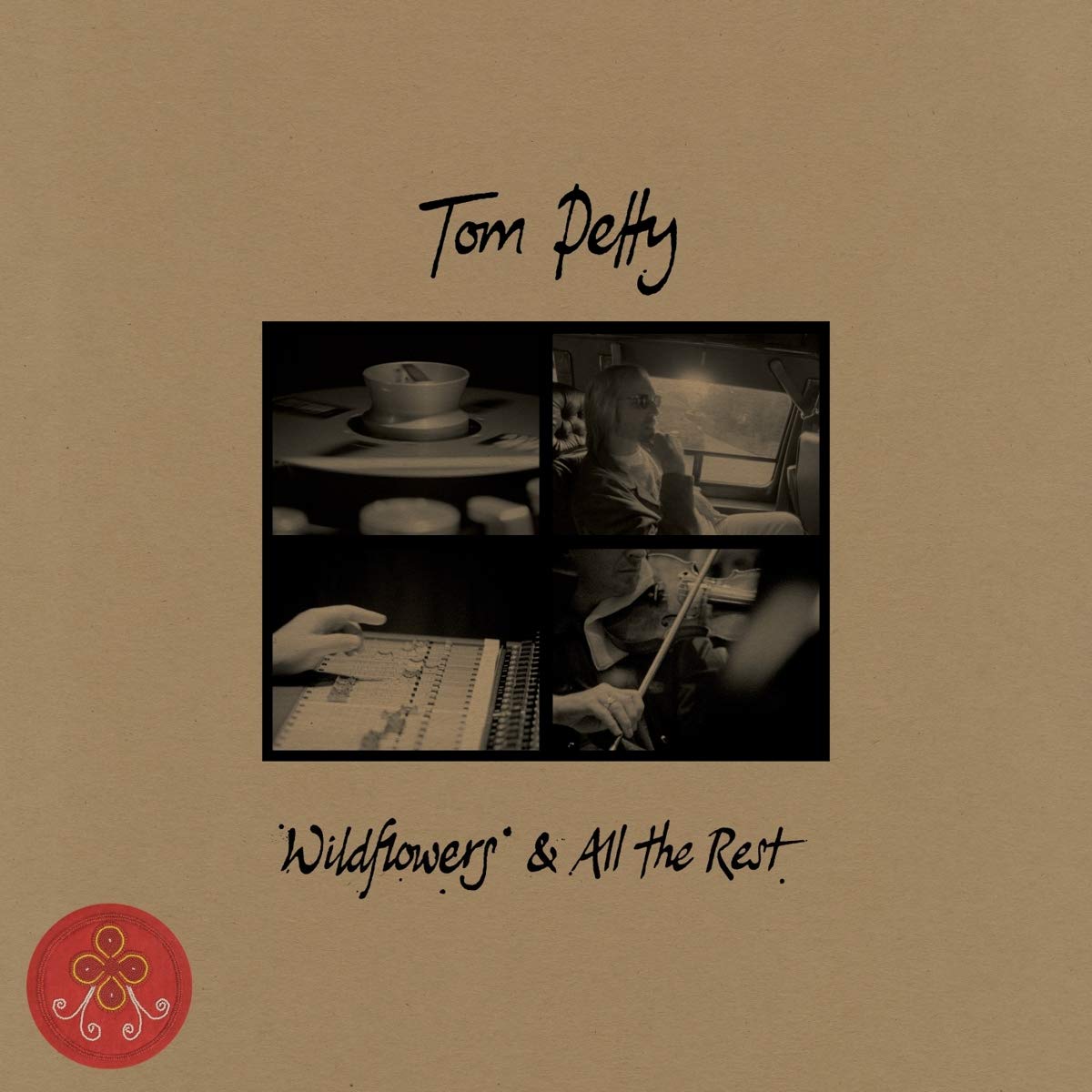 As the story has been told, in 1994 when Tom Petty released his second solo record, Wildflowers, he and producer Rick Rubin intended it to go out as a double-album. While his 1989 solo project recorded with Jeff Lynne, Full Moon Fever, had been the source of more radio airplay hits and sold better, later in his life, Wildflowers was the album that Petty was most keen to revisit. He talked often about re-issuing it in its entirety and touring the whole of it live, and reportedly discussing that possibility when the opportunity rose to go out with The Heartbreakers on the band’s 40th anniversary tour, which sadly was his last.

While that time around the making of Wildflowers has been described as a difficult period for Petty personally—with his marriage coming undone, a break with the Heartbreaker’s long-time drummer Stan Lynch and his previous record company—Petty was in a very productive space musically, writing new songs that he said were coming to him very naturally. When asked by the record company, Petty and Rubin whittled the album down to the 15 songs that appeared on the original release in ’94, including the hits “You Don’t Know How It Feels,” “You Wreck Me,” “It’s Good to Be King,” and “Higher Place.” As the years passed, songs like “Honey Bee” and “Cabin Down Below” and “Crawling Back to You” became reliable live show favorites.

That original album has now been remastered and makes up Disc One on the newly repackaged Wildflowers & All the Rest, available in a variety of versions, a two CD or 3LP version which includes just the original 25 songs. There’s a Deluxe Edition that includes 2 more CDs, one with Petty’s original home demos that contains 15 tracks, and then a live album captured from Petty’s numerous tours with The Heartbreakers with 14 tracks. There’s a Super Deluxe Edition that adds a 5th CD of “Alternate Takes,” 16 different versions of songs previously included here, along with a hard-bound version of the booklet, plus other collectibles. And, if that’s not enough, there’s an Ultra Deluxe Limited Edition, which is vinyl only and comes on 9 LPs, although they are printing only 475 copies of this version.

That 10 song second disc will be of the greatest interest, as the tracks have been previously unavailable and were originally intended for inclusion in the final product. But as you might expect, for the most part Petty, Rubin and the Warner people picked the cream of the crop for the 15-song initial release of the album. The video/single “Leave Virginia Alone,” finds Petty in classic form, it’s a choice pick for the radio and tracks like “California,” “Hope You Never,” and “Something Could Happen” are further examples of Petty’s natural charm and musical appeal. It would be a shame to never see these tracks become available, which together with the great sound on disc one’s remastering, makes the collection worthy of investment.

Two other tracks provide a look at the musical muscularity in Petty’s songwriting: “Climb That Hill” and “Climb That Hill Blues.” The “Blues” take is acoustic, with a quiet simmering intensity and is the third track on that second disc. The second take, near the end of the album, rocks with both Petty and guitarist Mike Campbell on electrics, taking the song to another level with different kind of intensity. It’s curious and satisfying to hear him take the song’s essential melody and lyric in two very different directions and moods.

On the third “Home Recording” disc, we get Petty’s largely acoustic, intimate demos of the songs, presumably recorded to work out the arrangements before presenting them to the band in the studio. There’s a delicate quality to these versions that gives the listener a different sense of Petty’s original thoughts about the songs, close to their creation, with the emotion still tangible in Petty’s vocal delivery. One previously unreleased treasure is “There Goes Angela (Dream Away),” while quite a few of the songs here come from the album’s first two discs, including very early takes on “You Don’t Know How It Feels” and “To Find A Friend.” Presumably, it’s Petty playing all the guitars, harmonica and even adding the harmony vocals, locked away in his private home studio.

Other noteworthy additions to the Petty catalog here in demo form are “There’s a Break in the Rain (Have Love Will Travel)” and “Only a Broken Heart.” For this listener there’s perhaps a bit of nostalgia and lingering sadness due to Petty’s passing far too soon, but there’s a delicacy in his vocals here, which added to the stripped back acoustic feel that defines this third disc – makes it such a pleasant, almost necessary addition to this collection. It fills out a side of the singer/songwriter that you can loose sight of when confronted with the power of Petty backed by The Heartbreakers when engaged in full-on rocker mode.

And speaking of the Heartbreakers as a band, Wildflowers was a solo album primarily due to Petty’s unique focus and inspiration, but his band throughout the recording was the primary unit at the heart of the Heartbreakers: guitarist Campbell, piano/keyboards player Benmont Tench, bassist Howie Epstein, and soon to join the band officially, drummer Steve Ferrone. And as if to answer the question, are Tom Petty & The Heartbreakers really one of the best rock bands in the world, disc four is all live concert versions of many of these songs with a few extras thrown in for good measure. Of course you get all the hits from the original Wildflowers, including an opening 7 minute version of “You Don’t Know How It Feels,” which always gets a great audience response to the line “let’s roll another joint.” All the songs were captured to tape at different venues on different tours, but are consistently entertaining, the band playing album cuts like “Honey Bee,” “To Find A Friend,” “Walls,” “Crawling Back to You,” and “Cabin Down Below” with as much passion and fury as the band’s biggest hits.

While I can never say enough about the amazing soloing prowess of Mike Campbell, I remember seeing the band on that last tour when they played St. Louis, Petty was prone to take a solo here and there on his own too, and held his own. The really nice feature here in the mixes though, are the breaks where Benmont Tench steps out on a piano or B3 solo. Often with three guitars going on stage, with additional player Scott Thurston, the keyboards can get lost in the mix in those large stadium venues where the sound can suffer, but these recordings capture those with delightful clarity, adding depth to Petty’s already compelling sound.

One surprise track is a playful, goofy song that Petty wrote around the Wildflower sessions and was the b-side to “You Don’t Know How It Feels” but only shows up here in live form, “Girl On L.S.D.” It’s a side of Petty that’s often there during live shows but can get lost in his more serious recordings. It was funny to hear him pull this one out. The live CD concludes much the way you might design a live show building to a climax, before you settle down everyone to send them home. “It’s Good To Be King” gets the royal treatment, timing in at nearly 12 minutes, with Petty and Tench pushing Campbell to higher and higher heights with plenty of drama thrown in for good measure, followed nicely by the set’s best rocker, “You Wreck Me,” played full out and strong. Then returning to encore with “Wildflowers,” on acoustics, with a benediction that “you belong somewhere you’ll feel free.”

No doubt, now that the Petty family and estate, together with the input of the Heartbreakers, have figured out how to work together and get this out, we will likely see future releases from Petty’s archives, including no doubt a lot of great live concert recordings. And like with Prince, and other great musical talents taken too soon, we can only hope they focus on quality over profits. So far, here on this lovely production, they’ve kept the focus where it belongs, on the songs and the performances, and Tom Petty’s fans will reap the reward.