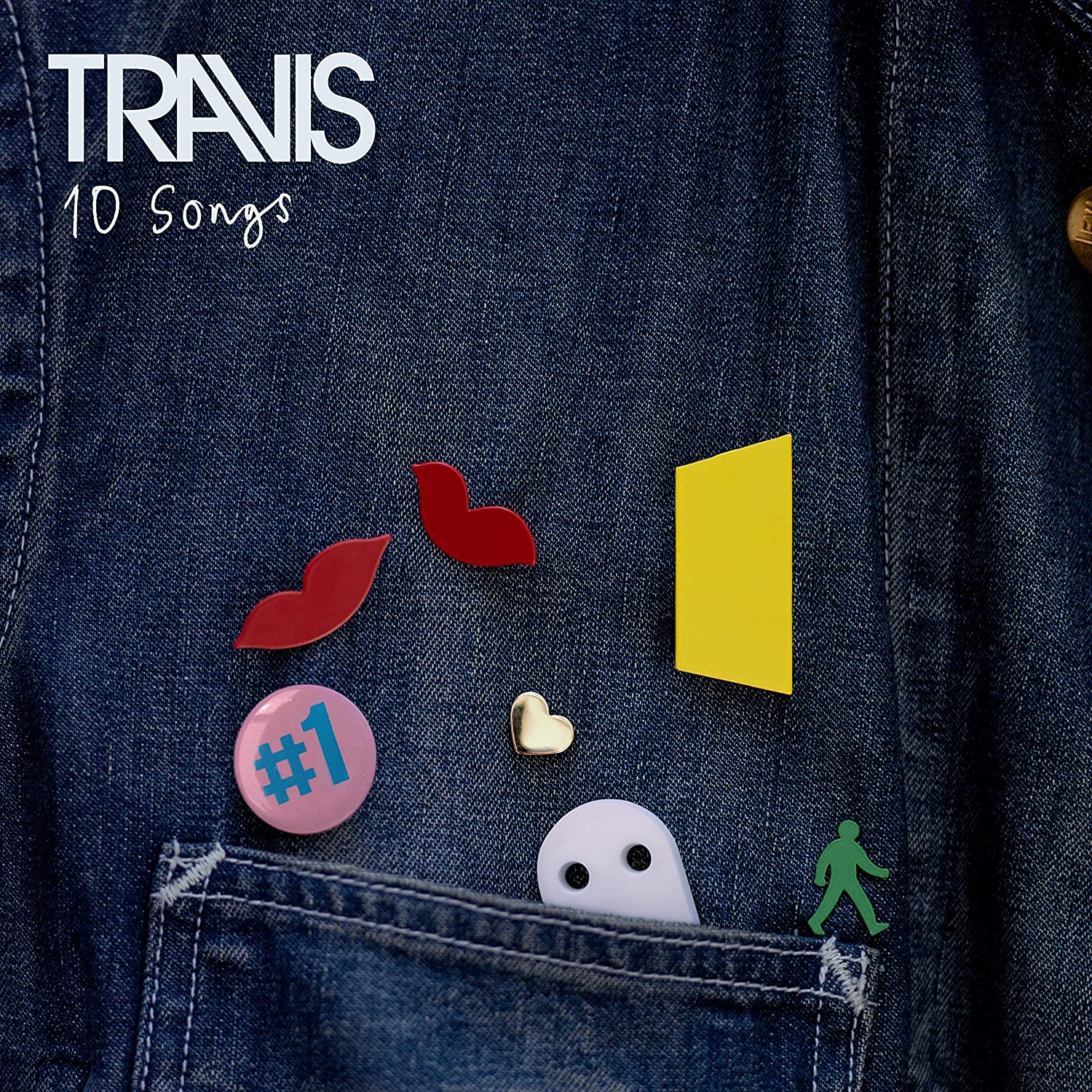 Scottish quartet, Travis, while often credited for breaking ground for bands like Coldplay and Keane, has always been a bigger deal in the UK than here stateside. With their early albums, lead singer and songwriter Fran Healy led the band to the top of the British pop charts which resulted in the band headlining the celebrated Glastonbury Festival in 2000. On the band’s 9th studio album, Healy’s songwriting is central, while the band has settled in and embraced a mature pop rock sound.

In the opener “Waving at the Window,” we hear that Coldplay comparison on full display, but Healy and producer Robin Baynton follow it with two of the more curious tracks of the band’s mellow leaning 10 Songs. “The Only Thing,” a piano pop ballad with solid orchestration, features a duet with Bangles’ vocalist Susanna Hoffs, with a lovely touch of steel guitar that gives the Beatlesesque “la, la, la’s” of the chorus a mild country feel. And, “Valentine” starts off like a beginner playing acoustic guitar, only burst into a bit of distorted crunch with a stacked chorus of background vocals, giving the band a chance to rock out for few moments. It stands out amid the more adult contemporary focus that dominates Healy’s songwriting.

While Healy proves to be a solid songwriter throughout, “A Ghost” is one that jumps out, with its up-tempo pop melody, catchy vocal hook, and even a rhythm breakout late in the track. “Nina’s Song” and “Butterflies” are two more gentle pop songs which tend to recall another Scottish band also from Glasgow, Del Amitri, but otherwise Healy leans toward ballads, with light orchestrations that hint at further Beatles’ influences. While Travis won’t likely win over folk looking for the Next Big Thing, the band serves up another solid outing rooted in strong songwriting.

Travis Review History: Where You Stand (2013)