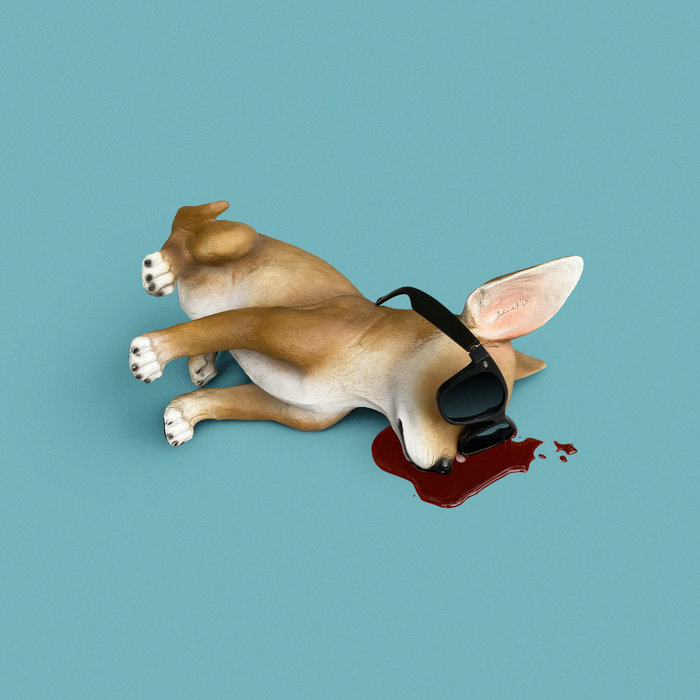 Lo Tom’s 2017 eponymously-titled debut proved an unexpected delight. In an age of political and emotional dysfunction, it just felt so good to hear these long-time friends and musical collaborators get together in the garage with their guitars, turn up the amps and let it rip. Singer David Bazan of course was the head honcho in Pedro the Lion and has had a fruitful solo career, while TW Walsh was also in Pedro for a time and collaborated further with Bazan in his Headphones project, as well as mixing several of his solo projects. The big guitar sound comes mostly via Jason Martin and Trey Many plays drums, both from Starflyer 59, and while they claim a loose affiliation, Lo Tom’s second album is a tighter, angrier, crunchier rock record, further mirroring the times.

Lo Tom’s LP2 is being released just days after a NYTimes feature titled, “Guitars Are Back, Baby,” which acknowledged that pop music in recent years has shifted toward keys, synths and drum machines to the point where famous brand guitar manufacturers were declaring bankruptcy, but saw a major uptick in the demand for rock & roll’s signature 6-string instrument during the recent pandemic shut-down. For those of us who never gave up on guitar music, the opening strummed chords of “Suck It Up” ring out bold and true, iconic, almost a religious experience in that bluesy progression. Could be the opening of an AC/DC song, maybe the starting riff of something by Smashing Pumpkins, might be Neil Young barnstorming with Crazy Horse. The familiarity doesn’t diminish the sound and impact of this song by Lo Tom, if anything it makes it matter all the more, even as Bazan sings the title.

Weighing in at a mere 8 tracks, just like their debut, each one a tight, compact punchy rocker in the 3 to 4-minute range, the band kicking it like they mean business. It becomes all too clear when Bazan sings “I don’t want to do this anymore,” in the track “Outta Here,” he’s not talking about the music. While there’s nothing here that is directly political or that refers to the virus, the band is leaning toward darker, heavier tones, Martin’s guitar’s feedback bleeds into one’s ears with the sense that this time they are feeling it. The rockin’ opener is the first single, “Start Payin’,” which finds Bazan ready to cash out, while elsewhere they leave “No Margin of Error,” because they’ve fallen so far behind economically, they “may never catch up.”

The cute dog wearing sunglasses on the cover last time, is knocked over and bloodied this time around. As the closing track acknowledges, life has gotten harder to the point where the protagonist is prepared to “sell all my stuff, and live in a van” if need be. There’s grit and determination here to “keep trying,” and the music seems to declare an intention to keep rocking. LP2 from Lo Tom matches the intensity of the current mood, and then some.