Bright Eyes: Down In The Weeds, Where The World Once Was [Album Review] 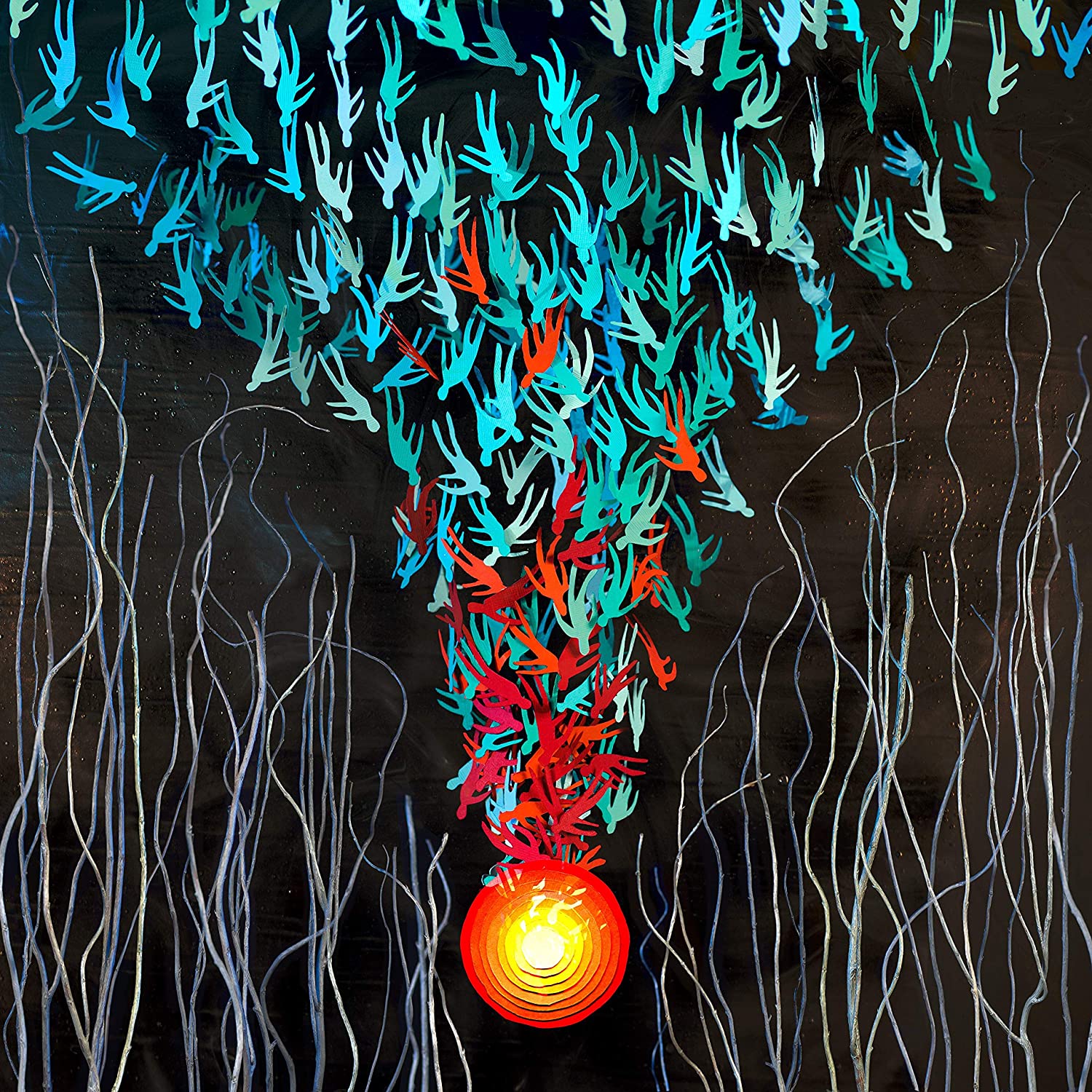 Bright Eyes
Down In The Weeds, Where The World Once Was
Dead Oceans [2020]

It’s been 9 years since the last album of new music by Bright Eyes, but singer Conor Oberst has been quite busy in the meantime. In 2016, he released an intimate solo acoustic album titled Ruminations, which was recorded only on guitar and piano with some harmonica. Then 6 months later he released, Salutations, where he re-recorded all those songs in fuller band arrangements. In 2019, Oberst joined up with Phoebe Bridgers to release a self-titled band project as the Better Oblivion Community Center, and he co-wrote and sang on several tracks from her great new album, Punisher.

Of course, Bright Eyes is more than just Conor Oberst, and throughout Down in the Weeds… we can hear the musical contributions of his collaborators Mike Mogis, who beyond his multi-instrumental skills on guitar and other stringed instruments is a seasoned producer, and Nate Walcott, who in addition to his keyboard and trumpet skills arranges all the horn and string orchestrations. Given the wide skill sets present, we hear the intimate, intricate folk rock performances of the band centered around Oberst’s quirky vocal narratives, with the benefit of subtle studio contributions that flesh out the production, from choral backing vocals to string and horn section enhancements on tracks like “Forced Convalescence” and “To Death’s Heart (In Three Parts).” They are also supported throughout by Red Hot Chili Peppers bassist Flea and drummer Jon Theodore, who’s played with Queens of the Stone Age and The Mars Volta.

While this is a very musical outing, the two most compelling and curious aspects of Bright Eyes music are Oberst’s lengthy vocal narrative storytelling and the quirky observational turns in his lyrics, and the surprisingly hooky melodies which are often catchy as hell. In tracks like “Mariana Trench” to “Persona Non Grata” and “Calais to Dover” the songs mix curious travelogues – from Omaha to Stonehenge – with inner dialogues and personal reflections on relational disorder and the general chaos and confusion that dominates much of the planet. While it’s not always obvious what these songs are saying, the descriptions of life amid the wonder of it all feel very relatable, drawn from the perplexing uncertainty of daily life and no doubt owing some inspiration from Oberst’s recent divorce and the premature death of his brother Matthew back in 2016.

If there’s a message here, it might be that the world may be headed toward an apocalypse whether it comes from our own self-destructive choices or a comet falling from the sky, and we may not know how exactly we’re supposed to get through this thing called life, at the very least we should “Dance and Sing.” “Life’s a solitary song, no one to clap or sing along, it sounds so sweet and then it’s gone so suddenly,” he sings in “Tilt-A-Whirl,” but then places this song filled with existential despair in a musical setting so beautiful that it lifts one’s spirit. For what it’s worth, the songs seem to point toward the possibility of love as something that drives us forward, and surrounds us with music that matters in the meantime. Maybe, all things considered, that’s enough for now.