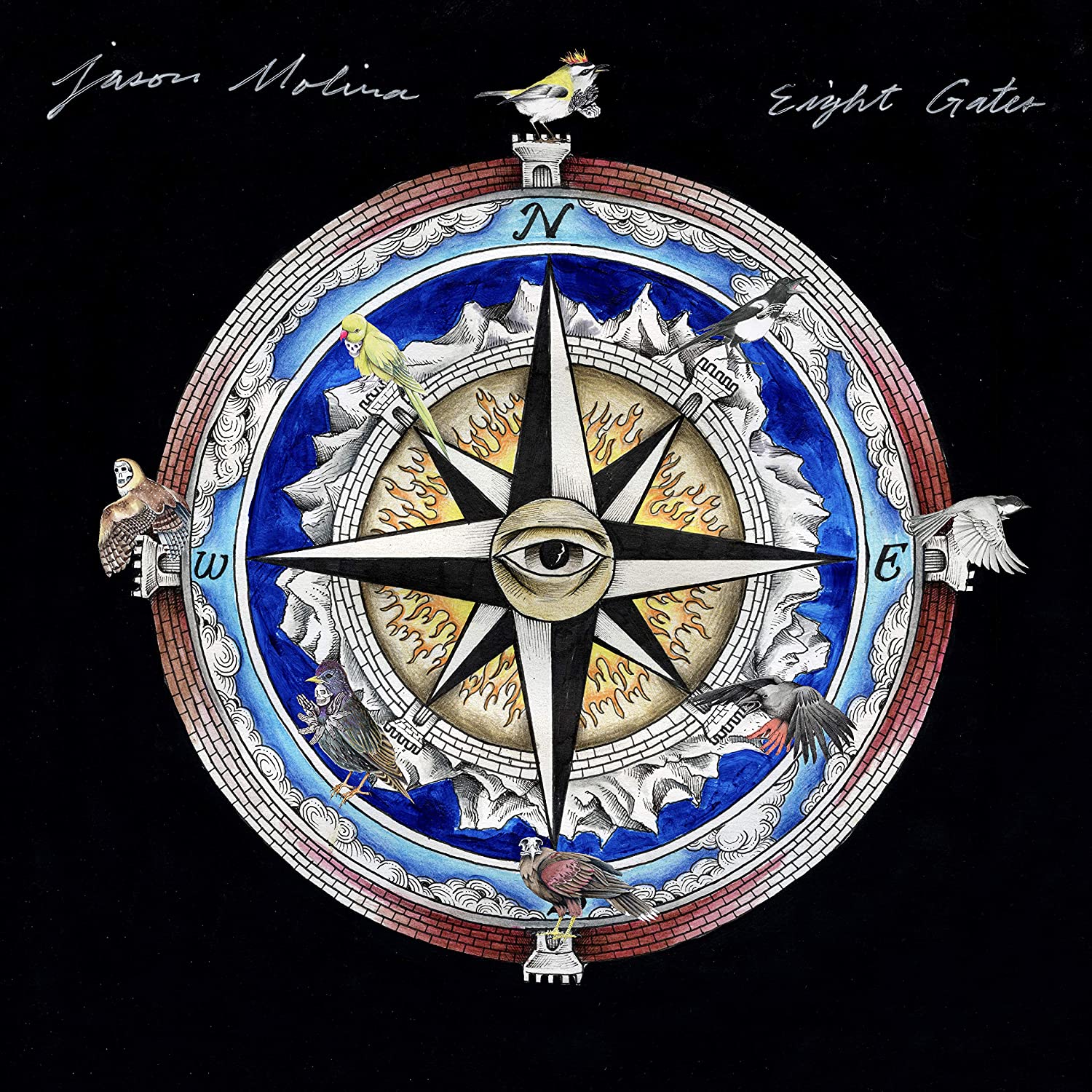 Eight Gates is the last collection of solo studio recordings Jason Molina (Songs: Ohia, Magnolia Electric Co.) made before he passed away from complications related to alcoholism in 2013. Honestly, you really can’t listen to this record without getting a bit somber as this short 9 song record puts a final highlight on a career cut too short. The other thing that Eight Gates will have you thinking is what could have been had Molina brought these songs into a final product because as they stand here they are still bare bone great.

Most of the songs here come to you in a more unfinished state that even includes Molina talking and relaying his next steps during the recording session on “She Says” and “The Crossroads and The Emptiness.” I actually like that these raw clips of Jason talking were included because it does bring that real human element into the Eight Gates and sadly reminds you of the young talent we lost. Elsewhere on three different songs, you can even hear several parakeets singing at the beginning and end of tracks that just gives you that laid back apartment recording vibe. There is also “Shadow Answers The Wall,” which is one of most finished songs on the album with its drum beat. It gives you all you need to hear what this final record could have been like and truly wishing it would have made it to that finish line.

The real highlight of Eight Gates is Jason Molina’s voice. Without much instrumentation bolstering these songs, his voice becomes its own important instrument. Like every great singer-songwriter, Molina soars here and gives each track 110% of his passion. That unwavering force will always be with us and you can’t unhear Molina’s gift on Eight Gates. This album may not be the best entry point into his career but I will tell you that if you played this album for anyone they would be impressed and want to hear more of Jason Molina. He still is missed for sure but Eight Gates is a fine last chapter that still will find rotation years from now.

Logan Farmer – “No One Owes Us Anything” [Video]