The Psychedelic Furs: Made Of Rain [Album Review] 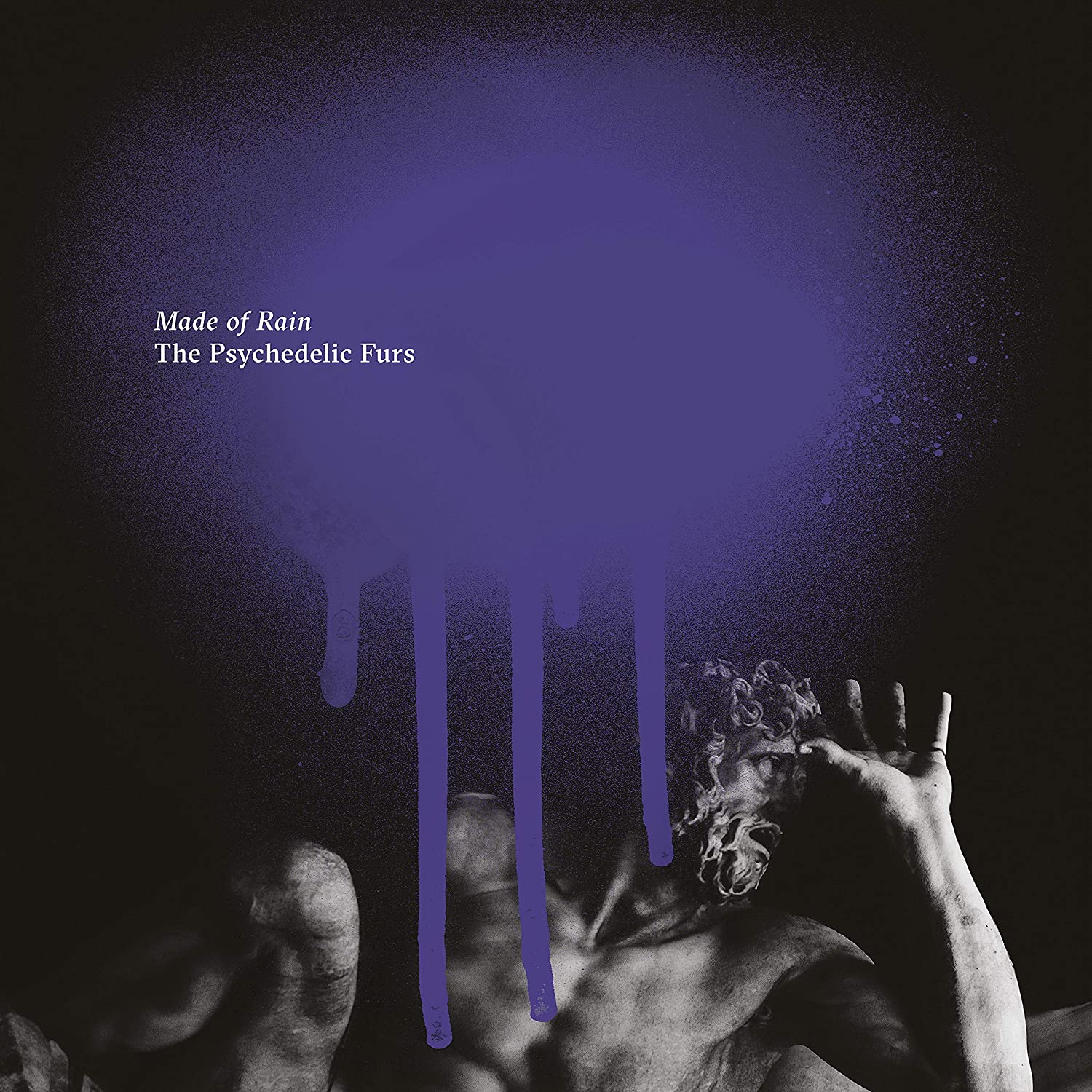 The Psychedelic Furs
Made Of Rain
Cooking Vinyl [2020]

As influential as UK post/punk rock band The Psychedelic Furs has been in modern music circles, it’s pretty surprising to look back at their discography and realize that the entirety of their studio recordings can be found on seven albums released over eleven years, between 1980 and 1991. The band’s string of hits –  “Sister Europe,” “Heaven,” “Heartbreak Beat,” and “Pretty In Pink,” which kind of inspired the John Hughes movie of that name, were a dominant creative presence on MTV and alternative radio throughout the 80’s. Made Of Rain is the first studio album from Richard Butler and company in 29 years, which feels altogether unreal since the band has remained a potent live force whenever they hit the road. And for someone who spent 25 years in St. Louis, 20 of them writing for local music press, the desire to work with long time Butler associate and Guns N’ Roses’ second guitarist Richard Fortus as producer, means that much of Made of Rain was recorded back in the Lou at Sawhorse Studios.

Butler first became acquainted with Fortus when his St. Louis band Pale Divine parlayed their debut release on Atlantic Records into an slot opening for the Furs. The two Richards hit it off, and together with Butler’s bassist brother Tim Butler and drummer Frank Ferrer, formed the band Love Spit Love, which released two solid albums in ’94 and ’97. When the Butler’s reformed The Psychedelic Furs in 2000, Fortus came along as the touring guitarist and the band recorded a live concert album, that aptly titled Beautiful Chaos; Greatest Hits Live. Before settling in with Guns N’ Roses at the request of Axl Rose in 2002 and staying on with the return of Slash and Duff McKagan, Fortus had built up a solid reputation playing sessions in NYC. He recorded a gritty punk meets AC/DC album with the band Honky Toast, recorded two albums with Tommy Stinson of The Replacements, briefly joined Thin Lizzy, and has toured in support of a diverse array of music acts, including Ben Folds, Rhianna, and Enrique Iglesias.

Of course, with nearly 30 since your last studio work, The Psychedelic Furs could have taken their music in any variety of directions, perhaps sought after the limited pop success that came with “Pretty in Pink.” Especially with only the two Butler brothers being original to the band, it’s quite remarkable how much Made of Rain takes hold of that classic Furs’ vibe and, if anything, takes it deeper, makes it richer, fuller, and, if possible, even darker. Well, there’s no real escaping Richard Butler’s unique voice, which has often been compared to David Bowie, but across the 12 new tracks here it’s clear that his voice has perhaps grown even more ominous when he wants it to be, and more melodic, in that haunted, eerie floating way that is all his own.

Bassist Tim Butler’s subtle melodicism is present, and their over-all sound benefits from the strong guitar presence of Rich Good and powerful drumming of Paul Garisto, who’ve both been with the Furs for over a decade. Adding to the album’s rich textured sound is keyboard player Amanda Kramar, who joined up with the Butlers in the early ‘00’s, with the sophisticated sax sound of newest member of Mars Williams adding even more flavor options to the proceedings.

Originally intended for a May 1 release but pushed back at the last minute due to the Coronavirus interrupting everyone’s summer concert schedules, we’ve had a longer time to live with this album than many things that we review. Initially, I was most taken with the big, noisy rocker up front, “The Boy Who Invented Rock & Roll,” and the world music influenced drone of “You’ll Be Mine,” which felt a little Peter Gabriel-esque, and the more traditional sounding Furs’ feel of “Wrong Train,” which seemed to emphasize big, bold production moves with lots of moving parts, and those tracks continue to impress.

But as the weeks have passed I’ve come to appreciate the dark, brooding feel of “Ash Wednesday,” the well-honed intensity of “No-One,” and the ringing chimes that ring out in “Hide the Medicine.” “Tiny Hands” felt like a delicate classic 60’s throw-back to a more psychedelic pop era, but Fortus and the band introduce just enough of their own brand of “beautiful chaos” as it develops that it becomes something of far greater substance. Musically and production-wise, the Psychedelic Furs have delivered a rich array of artfully arranged sonic pleasures, this album is a delightful listen start to finish.

As a lyricist, Butler’s always excelled at colorful verbal juxtapositions, often capturing the powerful tensions of modern relationships much the way Lou Reed did in songs like “Vicious” for the Velvet Underground and his descriptions of the urban landscape on albums like New York. For inspiration, Butler turned to an epic length poem by Brendan Kennelly titled “The Man Made of Rain,” which inspired lyrics like these: “When I said I loved you well I lied/I never really loved you, I was laughing at you all the time,” for the Christmas carol named song, “Come All Ye Faithful.” There’s an edgy relevance here, but also some feeling and enough snark to suggest those feelings run close to the bone, so dark humor is often required to cut through all the grim news. All of which makes Butler an artful companion through this unique and challenging season.

Surely there was a risk involved in this return to recording of new material, like an acrobat returning to the high wire after a three-decade break. But as the repeated refrain near the end of the album suggests, “we keep coming back,” and here Richard Butler and the rest of the Psychedelic Furs, together with the aid of Fortus, have put in enough of the hard work to make it all look and feel effortless, so that the emphasis stays on these great songs, where it belongs.